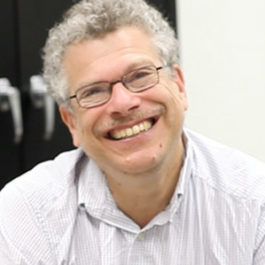 Uri Wilensky is a mathematician, educator, learning technologist and computer scientist. While in Boston, he founded and directed the Center for Connected Learning and Computer-Based Modeling, now relocated to Northwestern University. He is involved in designing, deploying and researching learning technologies—especially for mathematics and science education. Much of his work of late has focused on the design of computer-based modeling and simulation languages, including networked collaborative simulations. He is very interested in the changing content of curriculum in the context of ubiquitous computation. A particular interest is in complexity and systems thinking. He has received numerous grants from NSF, NIH and the Department of Education. In 1996 he received a Career Award from the National Science Foundation and in 1999, a Spencer/NAE fellowship. He is a founder and an executive editor of the International Journal of Computers for Mathematical Learning.