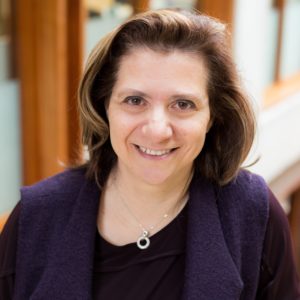 CIERA Director Vicky Kalogera was featured in a Weinberg Magazine article entitled “Staying in Stem – Encouraging Women to Persist in Math and Science”. The article interviews female Northwestern faculty members about their experience as women pursuing careers in male-dominated STEM fields. Each faculty member interviewed cites examples of the lack of female role models in their field. Kalogera specifically mentions that she never had a female physics professor. Though studies have shown that women are no less capable than men in STEM fields, young girls are still getting the mistaken message that boys are better at math and science. In addition, girls are generally not raised to stand up for themselves or their work; this combative skill is essential in the scientific world: researchers are frequently called upon the defend their work and must compete for top positions. Kalogera also mentions that the lack of balance can come from the female scientists themselves when it comes to seeking a position: she cites the example of women not applying for a postdoc position or waiting until her husband has a position and then applying at his institution. Also, culturally, it can be more comfortable for a woman to stay at home and raise a family for a few years while their partner works.
Kalogera points out that she does not think the discrepancy or discrimination of women in STEM fields is intentional. She says that “there’s a long history of discrimination that, up until rather recently, was accepted and considered normal. It’s hard to get rid of that over one or two generations.” In the full article Kalogera and her colleagues stress the need for women to continue to pursue careers in STEM fields. Kalogera states, “we can’t change the effects of this (gender disparity in STEM) without making people aware of the magnitude of the problem.”
Read Full Article