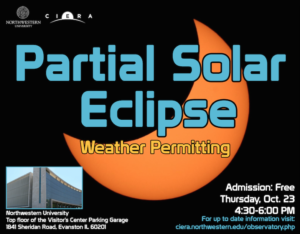 People from all over northern Chicago joined Northwestern students, staff, and professors to persevere through an hour of cool, cloudy weather, waiting for October 23rd’s partial solar eclipse. Watching from the top floor of Northwestern’s new Visitors Center Parking Garage, the weather initially looked grim, as the Sun ducked behind heavy clouds well before the start of the eclipse. However, at about 5:30pm, the Sun reached an open patch of the sky, and was greeted by eager eclipse watchers, donning glasses with dark filters. Thankfully, we were able to see nearly the maximum obscuration, where approximately 40% of the Sun blocked by the Moon. While our view of the event only lasted approximately three minutes, by the time the Sun was again covered by clouds, the attendees cheered at having been able to get a clear view for a few minutes. As Michael Smutko, (associate professor of instruction in physics and astronomy at Northwestern) said, “It left everyone eager for the next solar eclipse in 2017.”

This event was initially advertised by Northwestern’s News page group.
The Chicago Tribune‘s website.
With a wrap-up story and slideshow posted on Northwestern’s website. 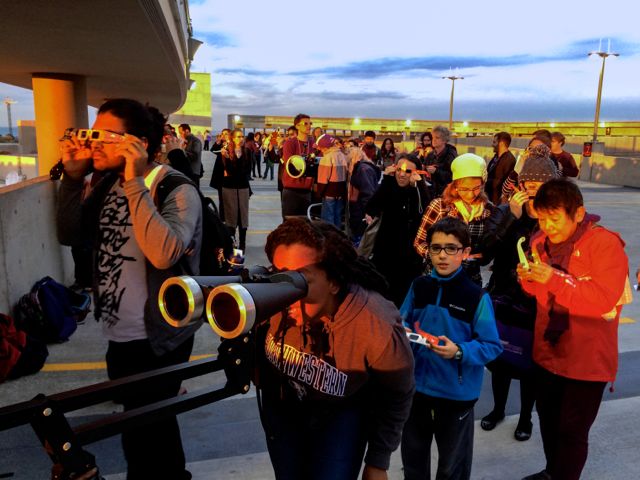 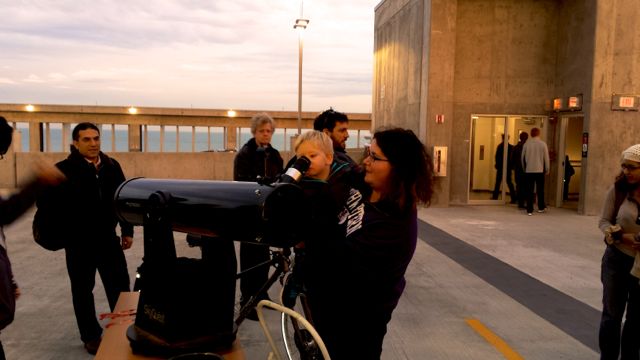 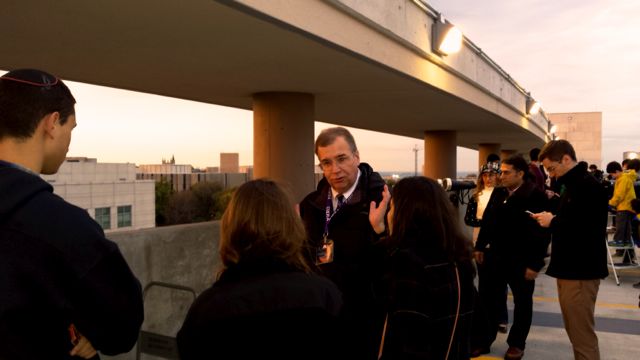 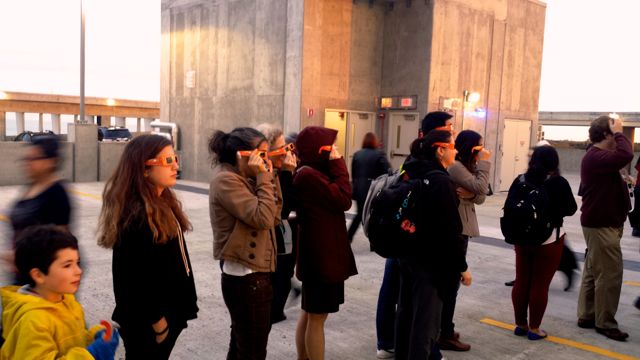 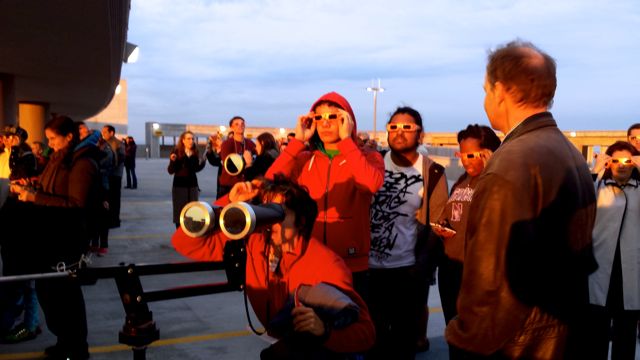 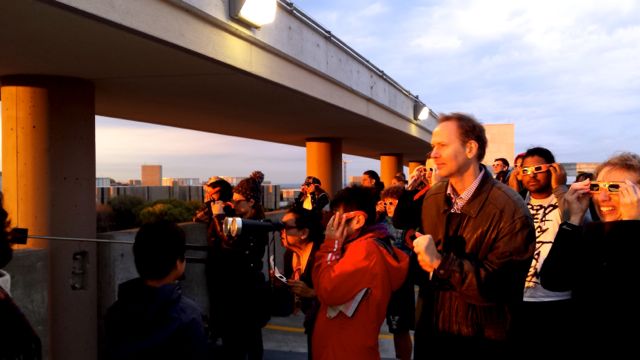 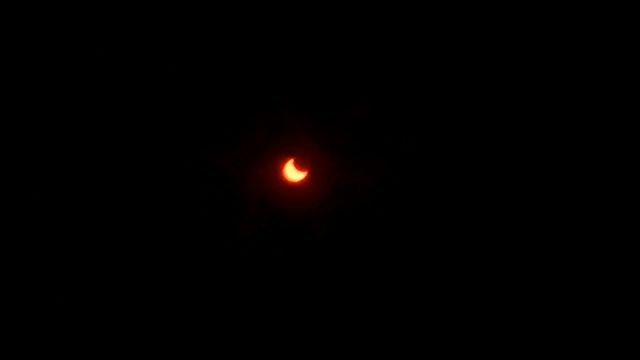 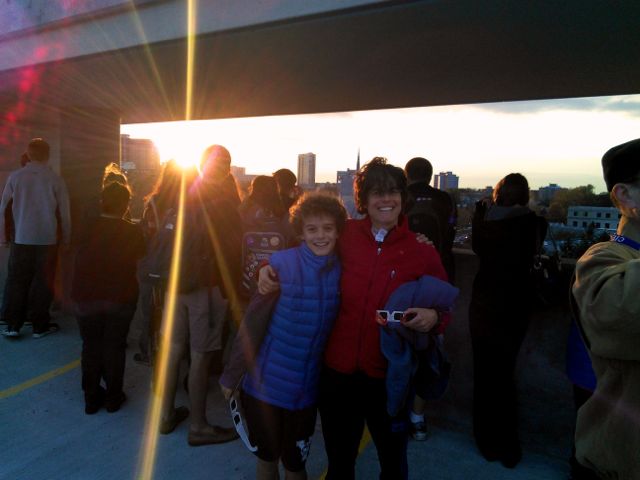 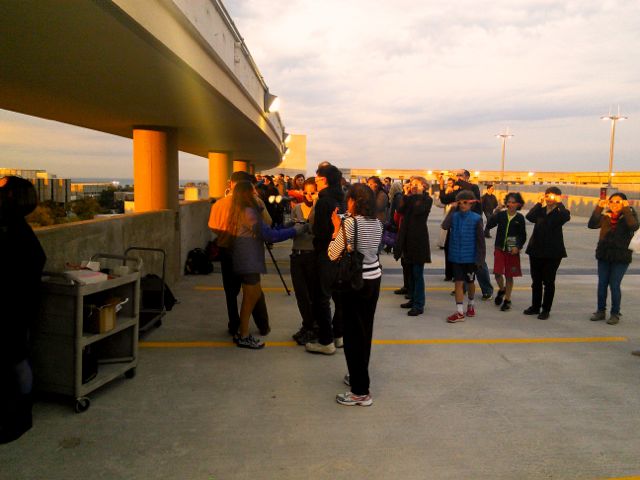