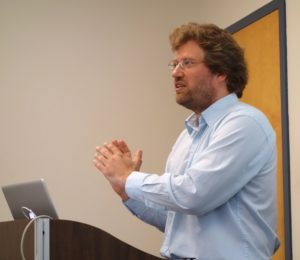 We are often told that General Relativity tells us that the gravitational field is nothing but an aspect of spacetime structure: gravitation supposedly is geometry. Modern textbooks claim that this is a direct result of the theory. However, recent historical research shows that Einstein himself did not believe this; indeed, he actively opposed this interpretation of General Relativity.

Dr. Lehmkuhl, Research Assistant Professor of History and Philosophy of Science at Caltech, described Einstein’s own interpretation of general relativity, how it evolved between 1912 and the late 1920s; and asked whether we can still learn something from Einstein’s interpretation that is not “just” of historical interest. About 75 people heard the talk on November 10th. 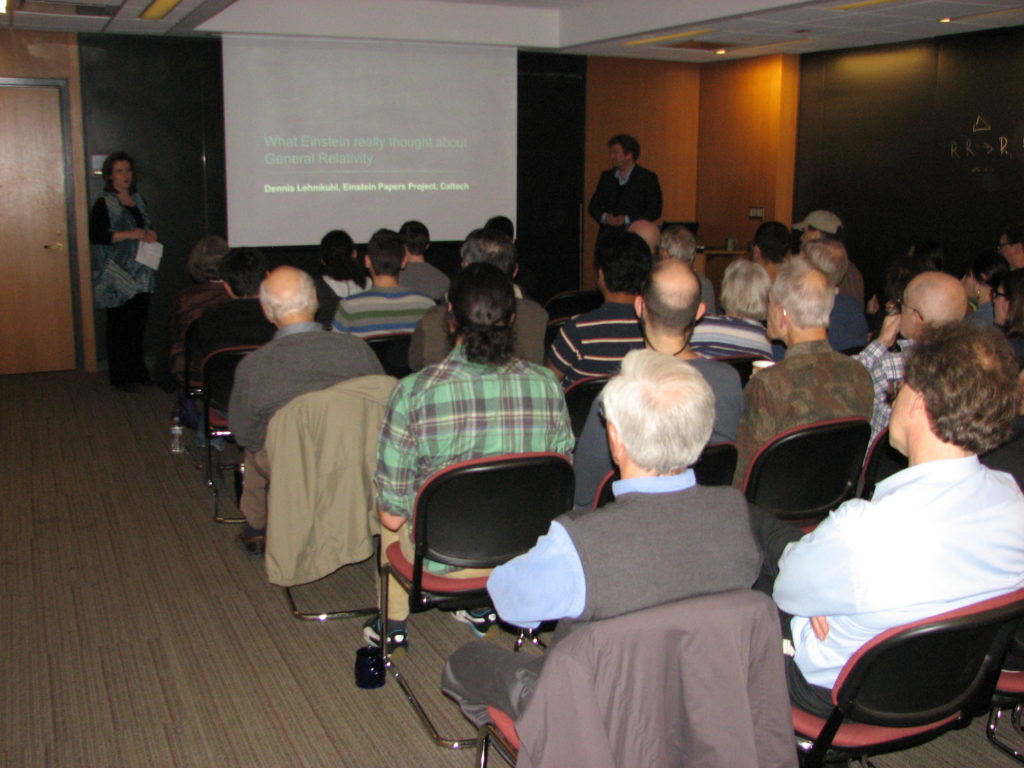 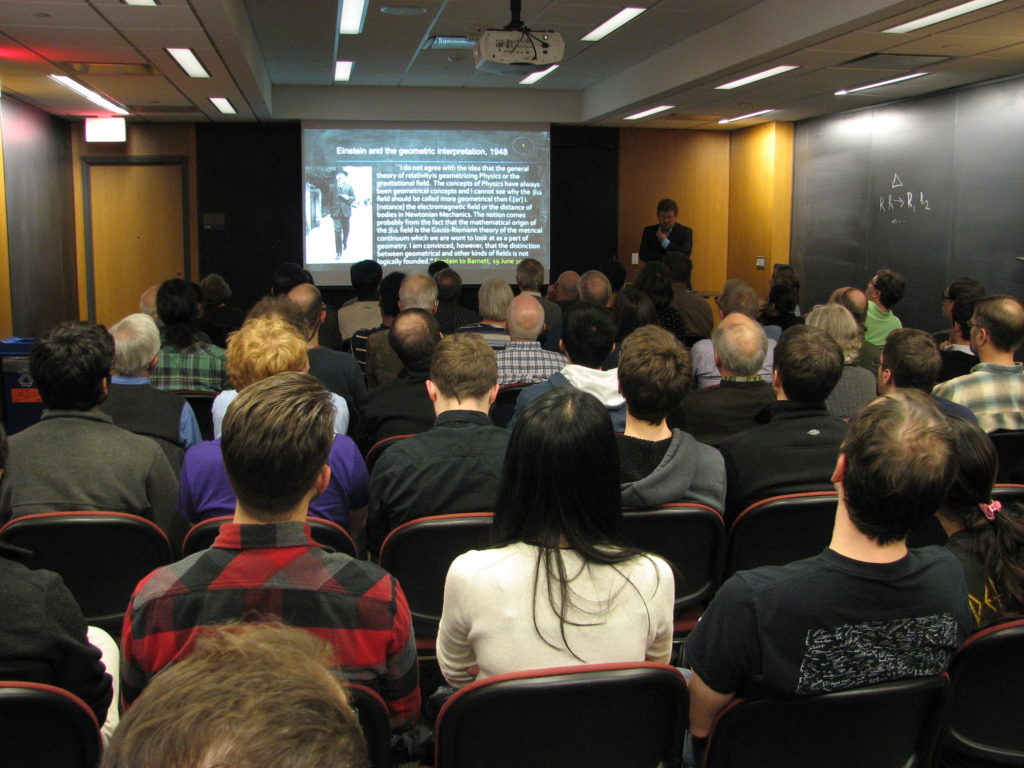 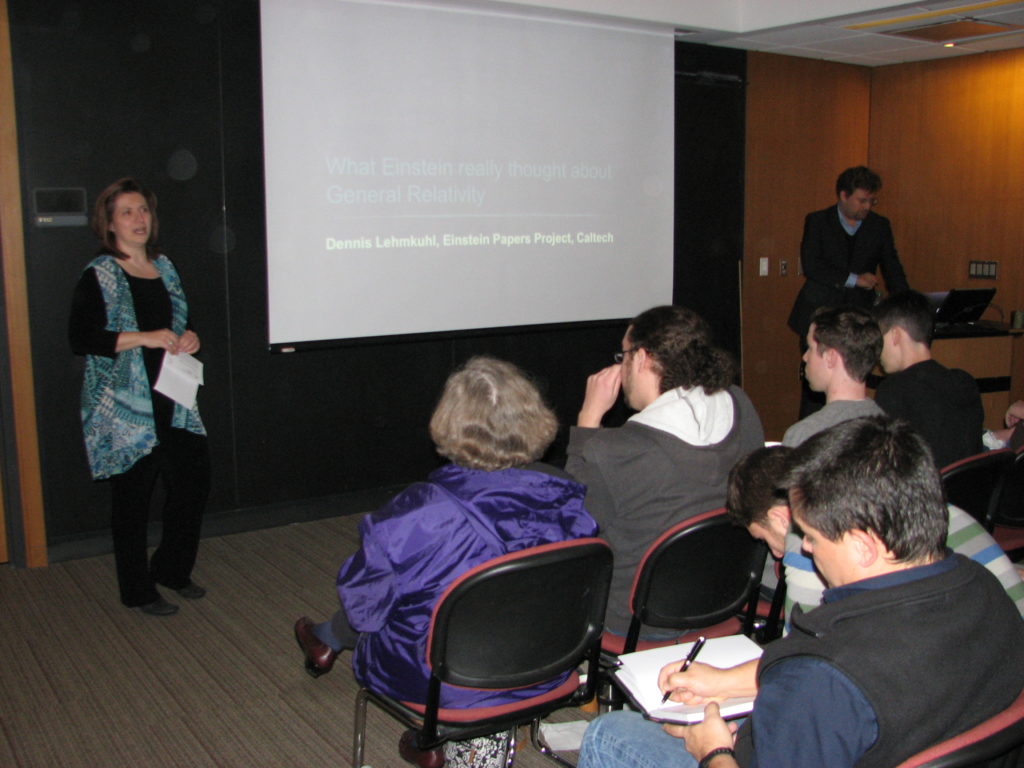