Major Prizes for LIGO Founders and 1,012 Contributors to Gravitational-Wave Discovery 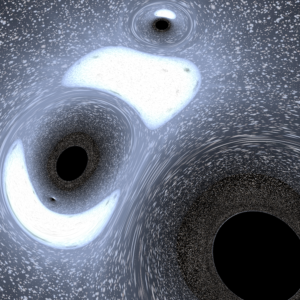 This special award can be conferred by the organization’s selection committee at any time (outside of and in addition to the ordinary annual nomination process) to recognize an extraordinary scientific achievement. Mr. Milner, one of the founders of the Breakthrough Prizes organization, said, “The creative powers of a unique genius, many great scientists, and the universe itself, have come together to make a perfect science story.”

A second prestigious honor, the Gruber Foundation’s $500,000 Cosmology Prize, will be conferred to the founders and the entire LIGO team for “pursuing a vision to observe the universe in gravitational waves, leading to a first detection that emanated from the collision of two black holes.” The prize citation continues, “This remarkable event provided the first glimpse into the strong-gravity regime of Einstein’s theory of general relativity that governs the dynamics of black holes, giving direct evidence for their existence, and demonstrating that their nature is consistent with the predictions of general relativity.”

CIERA’s director, Vicky Kalogera, led the astrophysical interpretation of the discovery for the LIGO collaboration. Over the years her group pioneered ways of making detection source rate predictions and the development of methods for extracting information from gravitational-wave signals from binaries of spinning compact objects.

The following Northwestern members are co-authors on the discovery paper and hence awardees:

Read the full announcement on BreakthroughPrize.org.
Go to The New York Times story.

Read the full press release on the Gruber Cosmology Prize.

Check out the Northwestern News story.