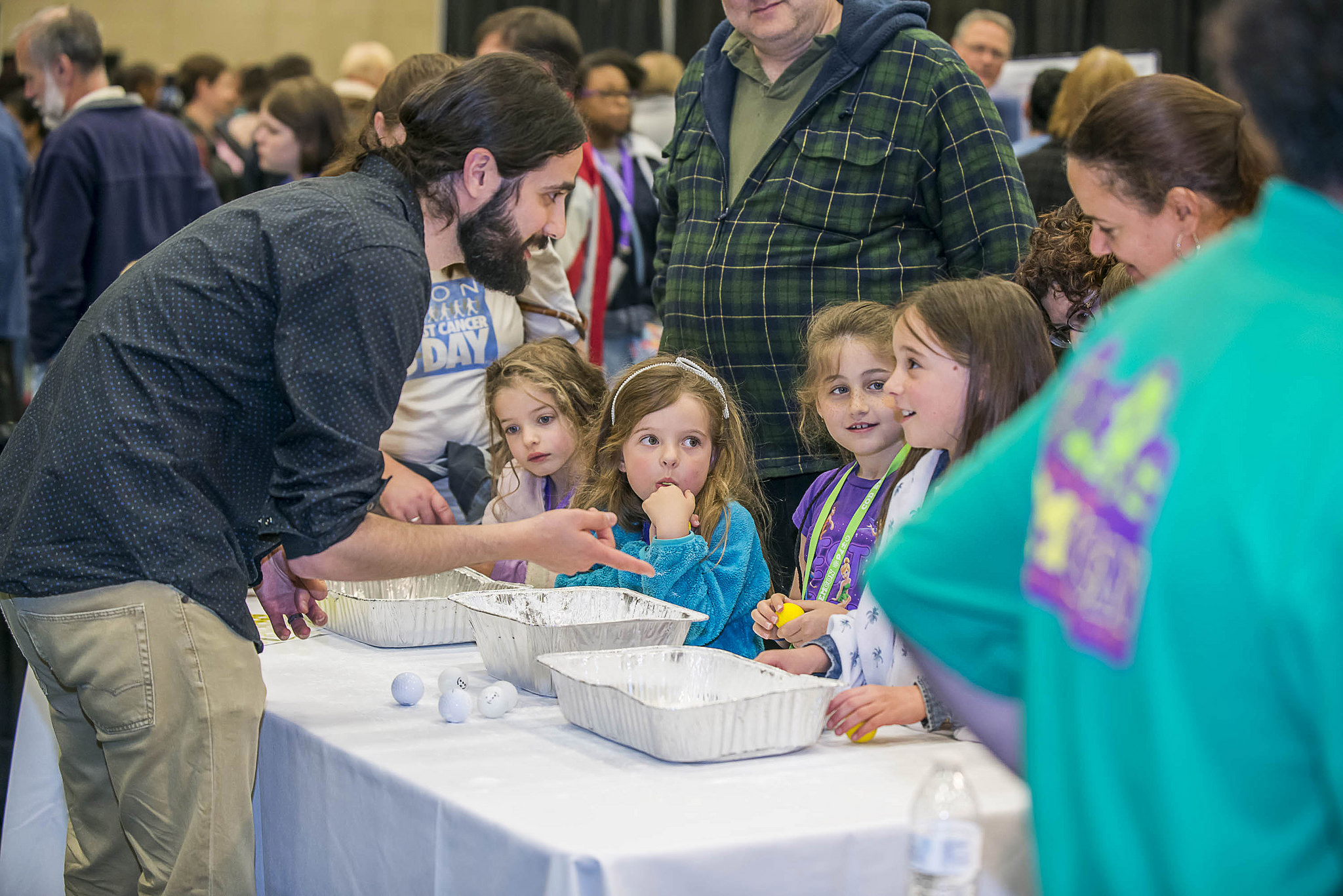 April 29th marked the first “STEM-CON” at the College of DuPage. The Science, Technology, Engineering and Math Convention kicked off with a bang, welcoming more than 1000 participants of all ages to explore subjects from airplanes and NASCAR, to DNA and nanotechnology.

STEM-CON was free and open to the public, and featured an exciting line-up of speakers, but the real fun happened in convention’s many booths. Presenters set up dozens of engaging, high-quality, experiments and demonstrations to inform, entertain, and inspire an interest in the fields of math and science.

Among these presenters was CIERA’s own Aaron Geller. Geller, and colleague Sara Grady, from Northwestern’s Science in Society research center, hosted a booth entitled “When Art and Science Meet”. Their booth focused on astronomy images Geller won awards for in the 2014 and 2015 Northwestern Scientific Images Contests . The duo also led demonstrations of transiting planets and crater formation to large groups of enthusiastic learners.

The event was a huge success, and the College of DuPage is already planning to host STEM-CON as an annual event.
Save the date now for STEM-CON 2017! 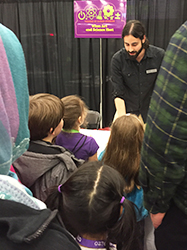 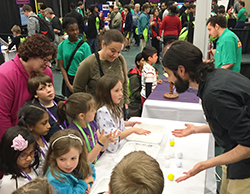 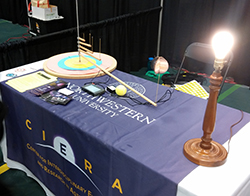 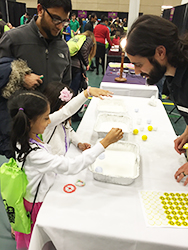