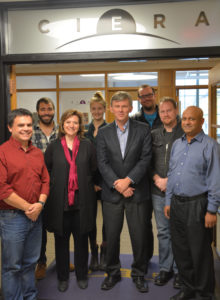 On December 1st and 2nd, Dave Reitze, the Executive Director of LIGO Laboratory at Caltech, visited Northwestern for a series of group meetings, a tour of the Laboratory for Atomic and Photonic Technology, and to present CIERA’s Fall Interdisciplinary Colloquium on the topic of gravitational waves detected by LIGO.

Dr. Reitze, Northwestern alumnus class of 1983, met with LIGO Scientific Collaboration members Vicky Kalogera, Shane Larson, Selim Shahriar and several postdocs and students at Northwestern who contributed to the discovery (some of whom are pictured, left). His talk, titled, “Colliding Black Holes & Convulsions in Space-time: The First Observations of Gravitational Waves by LIGO,” included a description of LIGO, the Laser Interferometer Gravitational-wave Observatory and the “powerful and unique probes of the universe” that LIGO captures. To a group of about 150 people, he discussed LIGO’s history, but mostly focused on the interferometers themselves, the LIGO detections, and their astrophysical implications. 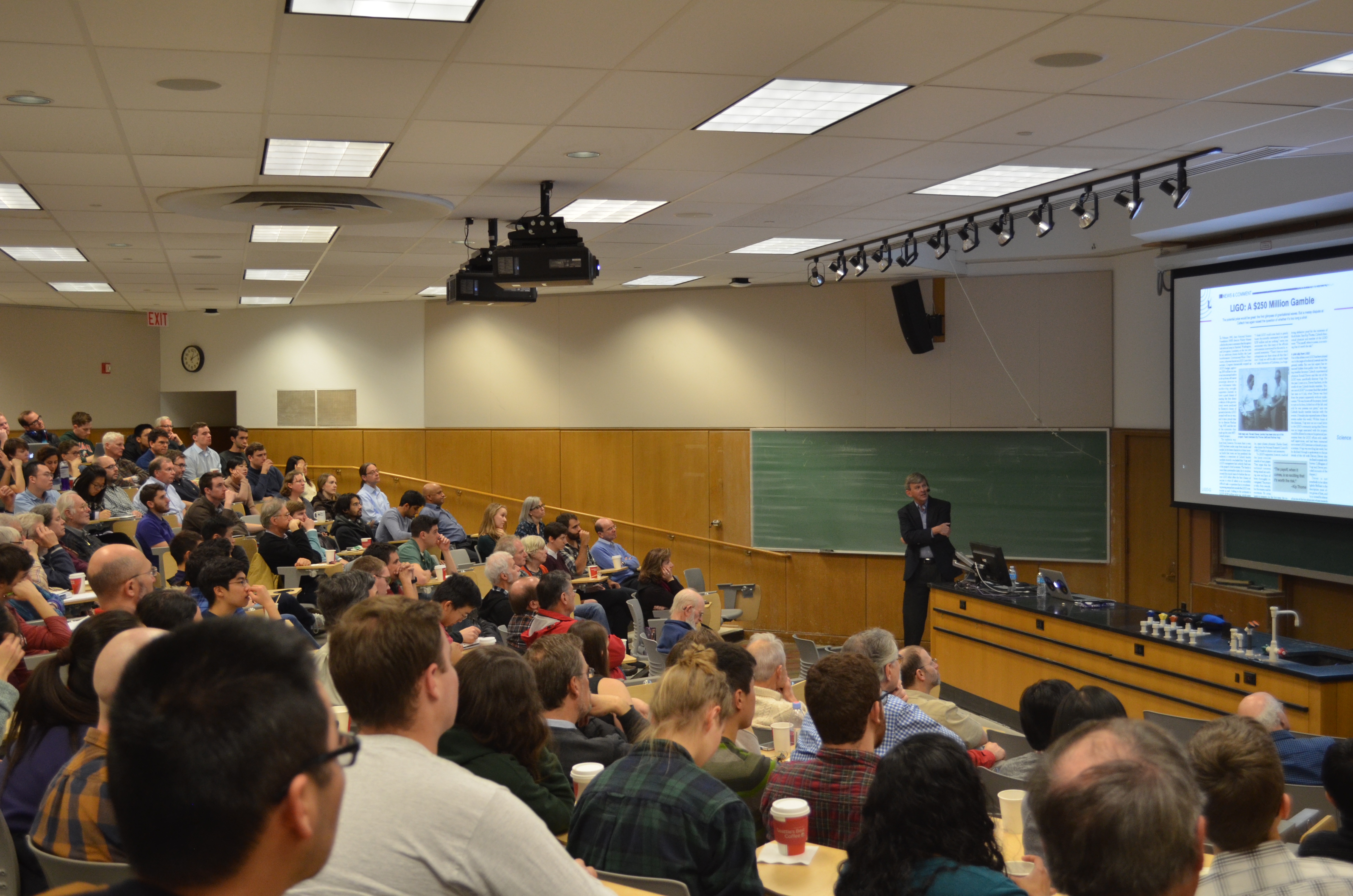 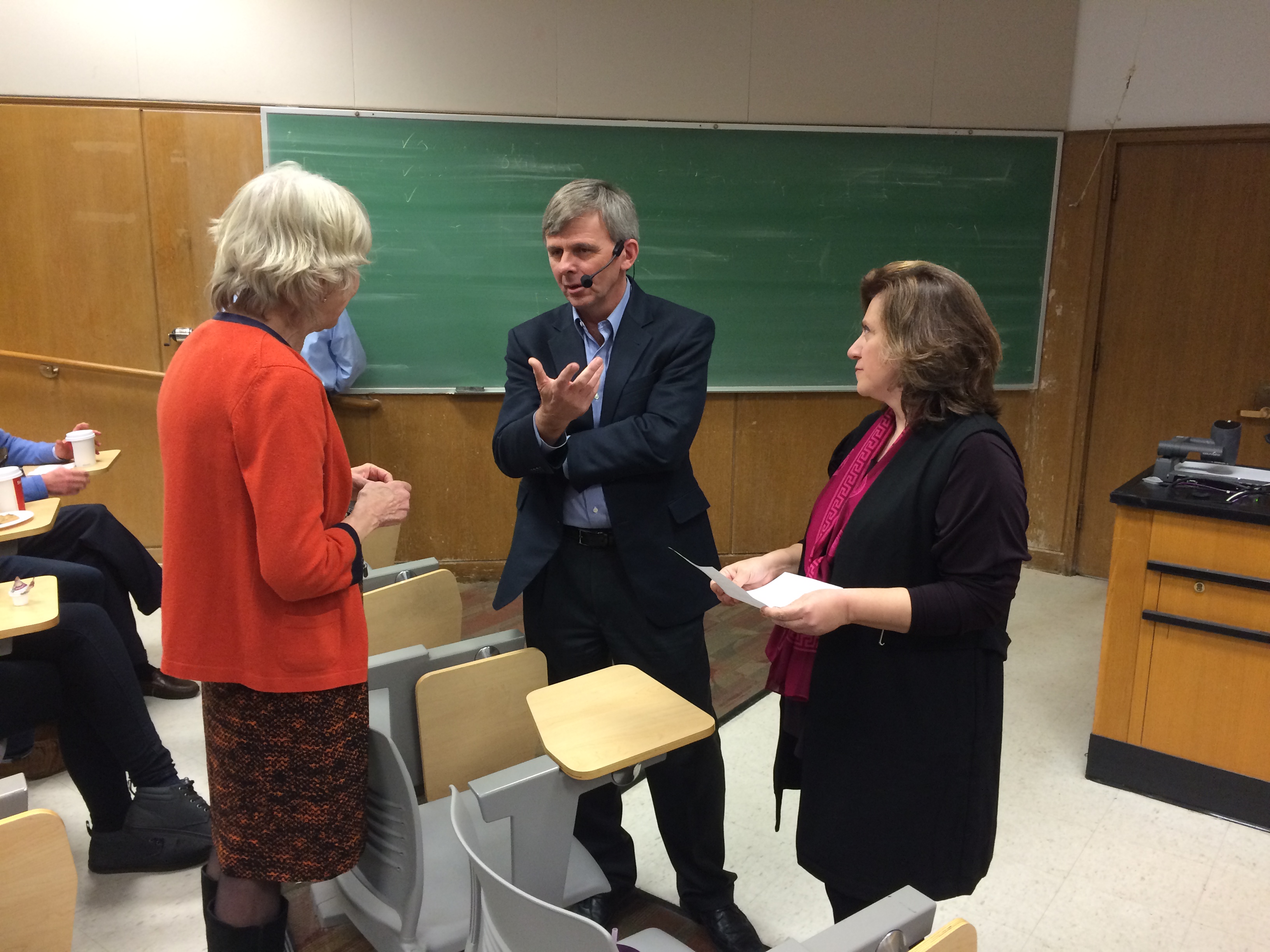 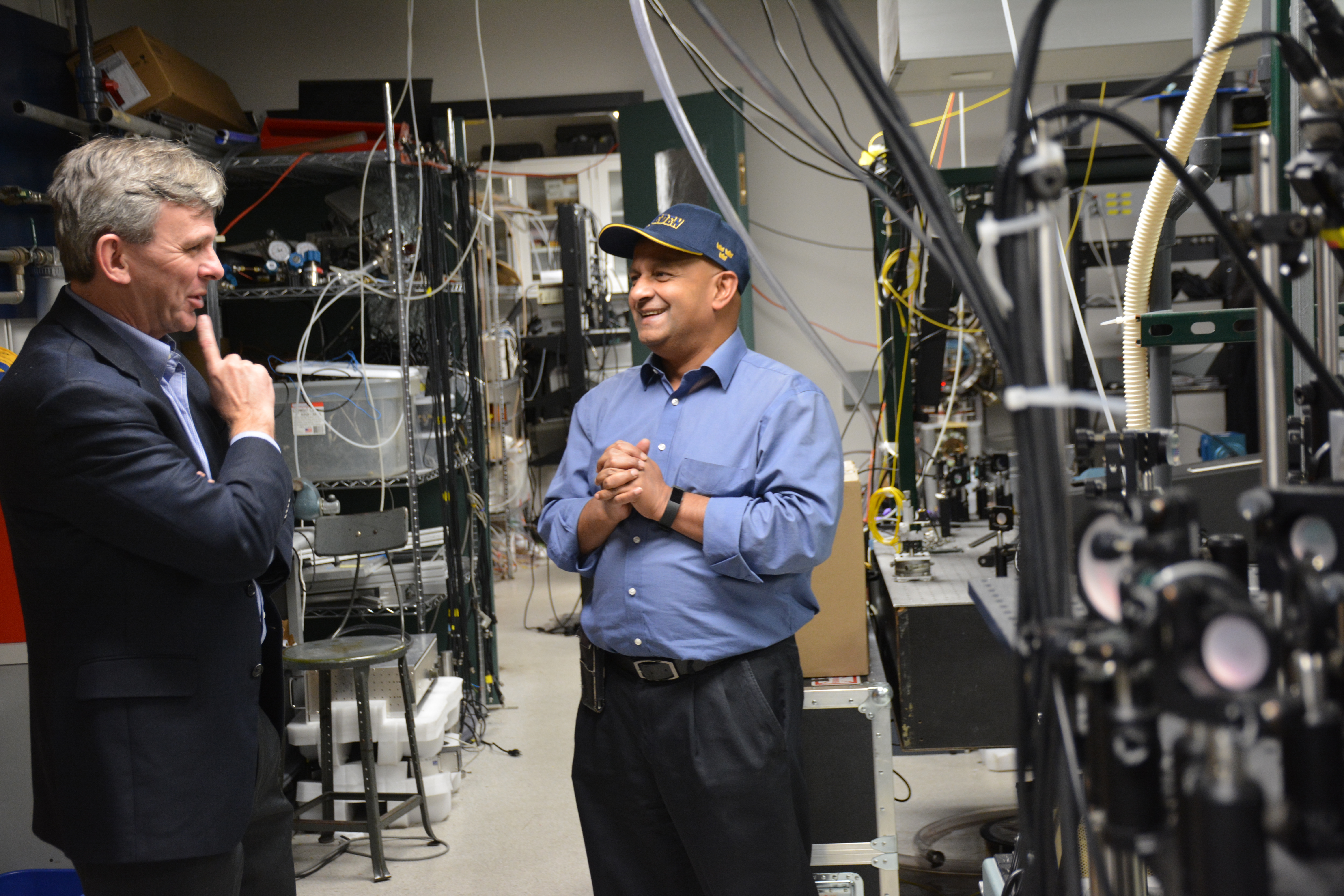 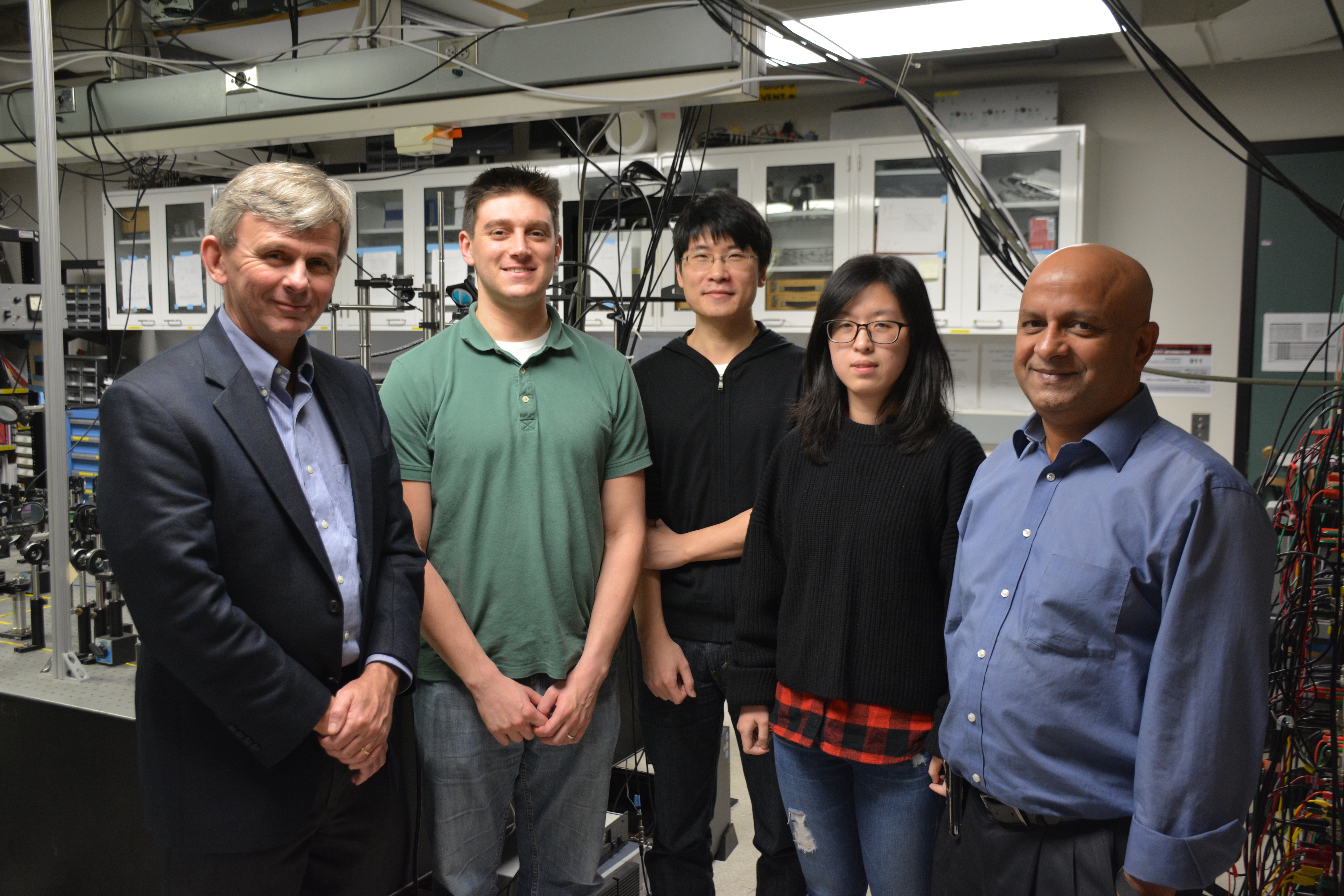