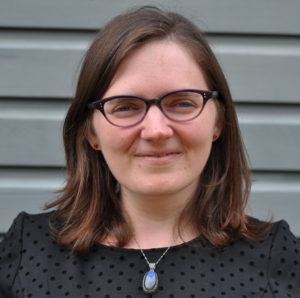 Laura Fissel, a CIERA postdoctoral fellow (2013-2016) and current Jansky fellow at the National Radio Astronomy Observatory-Charlottesville, was invited to give a plenary talk at the 229th (winter) meeting of the American Astronomical Society (AAS). The AAS holds meetings semiannually, and the winter meetings, called the “Super Bowl of astronomy” are the largest gathering of American astronomers each year. Laura joined a select group of researchers giving plenary talks, which are those presented to every attendee at once with no concurrent events; they represent important topics of conversation throughout the meeting.

Laura works with the BLAST (the Balloon-borne Large Aperture Submillimeter Telescope) project, a telescope that measures electromagnetic radiation in star-forming clouds of dust and gas. Laura’s talk was titled, “Astronomy from the Upper Stratosphere: Key Discoveries and New Opportunities from High Altitude Scientific Balloons” and her description of the talk states, “Stratospheric balloons offer a near-space astronomy platform for a small fraction of the cost of an equivalent satellite. These balloons can lift scientific payloads of up to 6,000 lbs as high as 40 km above the Earth.” 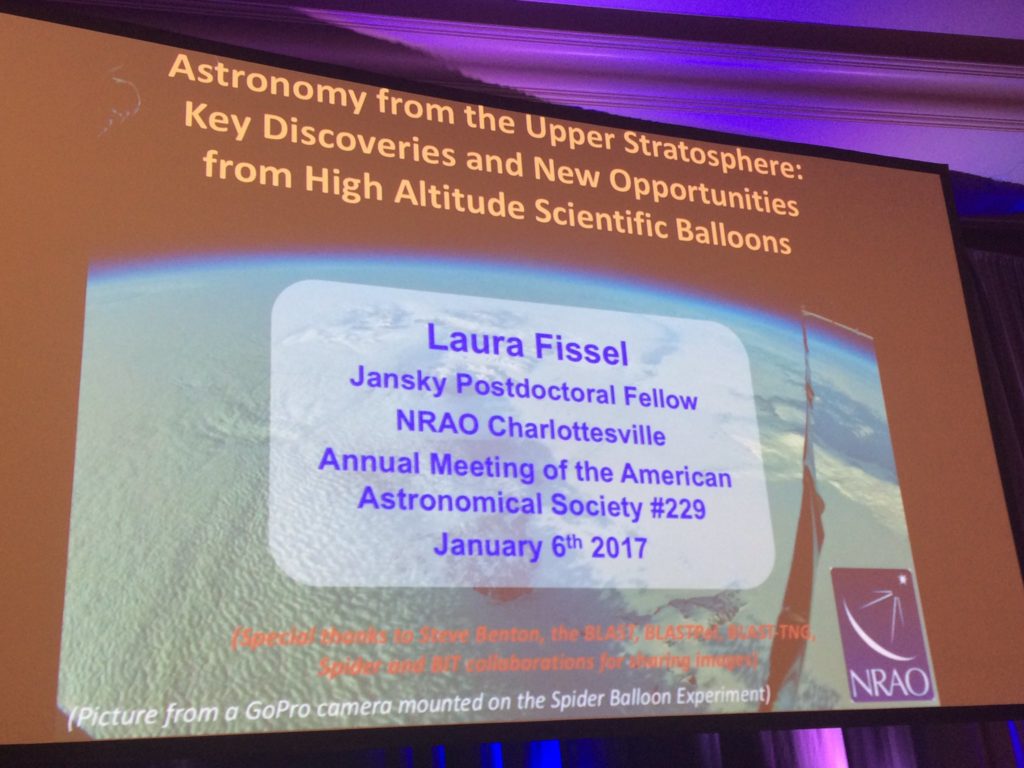