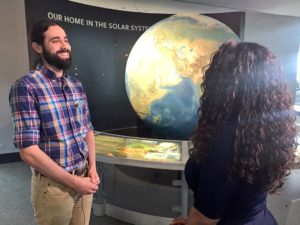 Local astronomers, in their roles here at CIERA and at Chicago’s Adler Planetarium, received a flurry of press requests for interviews and quotations in relation to the discovery of a system of exoplanets announced by NASA in February. Though CIERA’s researchers were not directly involved in the discovery of the seven new planets, their ability to communicate its meaning to the public was invaluable to local press.