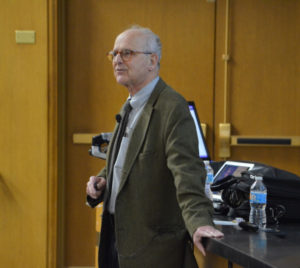 On May 2, 2017 Prof. Rainer Weiss presented his talk, “Beginning the Exploration of the Universe with Gravitational Waves,” to an enthusiastic audience of over 260 in Tech Lecture Room 3. Prof. Weiss is professor of physics emeritus at MIT and is one of the founders of LIGO, the instrument that first heard gravitational waves emit from the merging of two supermassive black holes 1.3 billion light years from Earth. Dr. Weiss developed the concept behind LIGO as an exercise for a course on general relativity that he taught at MIT in 1967. Today the LIGO Collaboration is comprised of over 1,000 scientists and engineers world-wide, including faculty, postdocs, and graduate students at Northwestern.

In his talk, Prof. Weiss discussed the history of gravitational waves and spoke of the instruments and methods for data analysis that enable the measurement of gravitational waves. He touched upon their relation to the Einstein field equations, and ended by describing the future of gravitational wave astronomy, which is a new way of studying the Universe. The audience had a chance to ask a variety of questions after the talk. 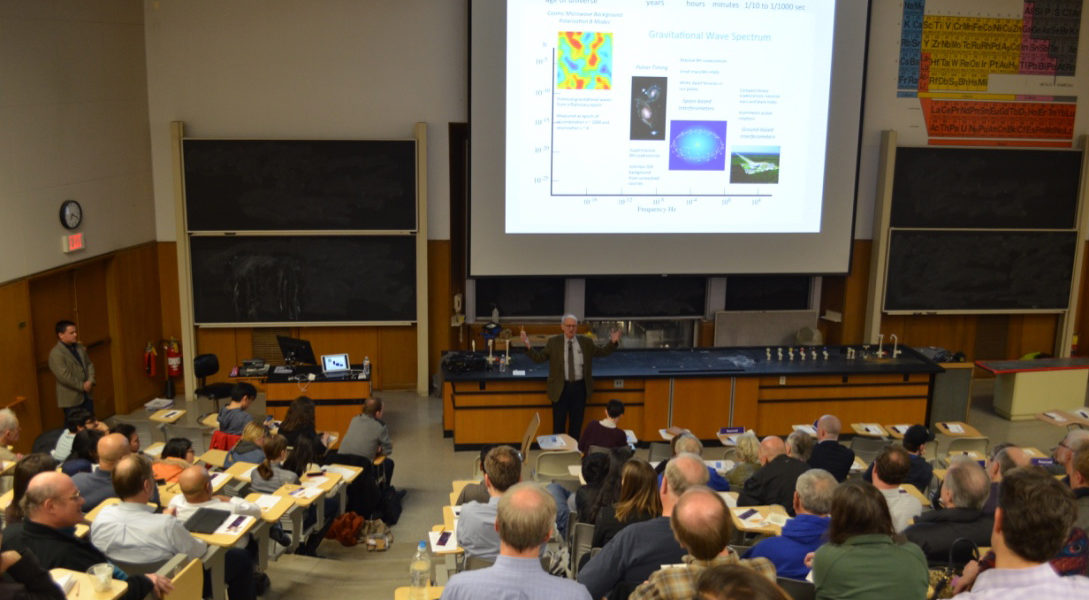 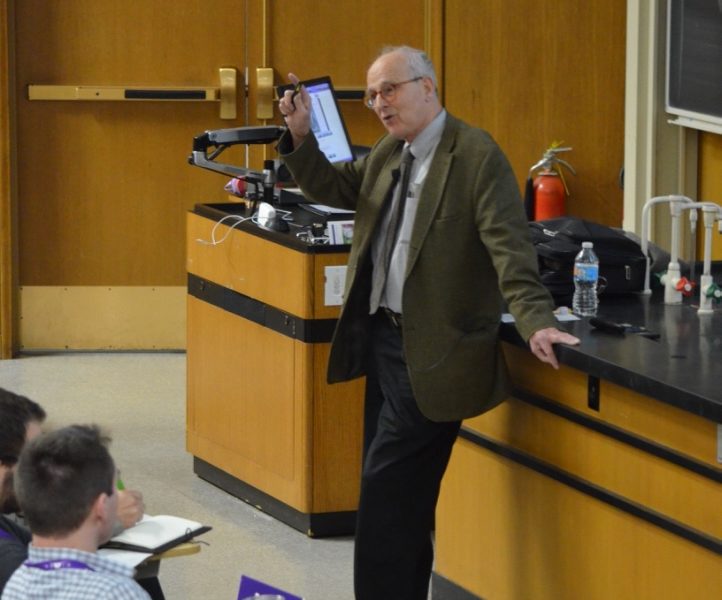 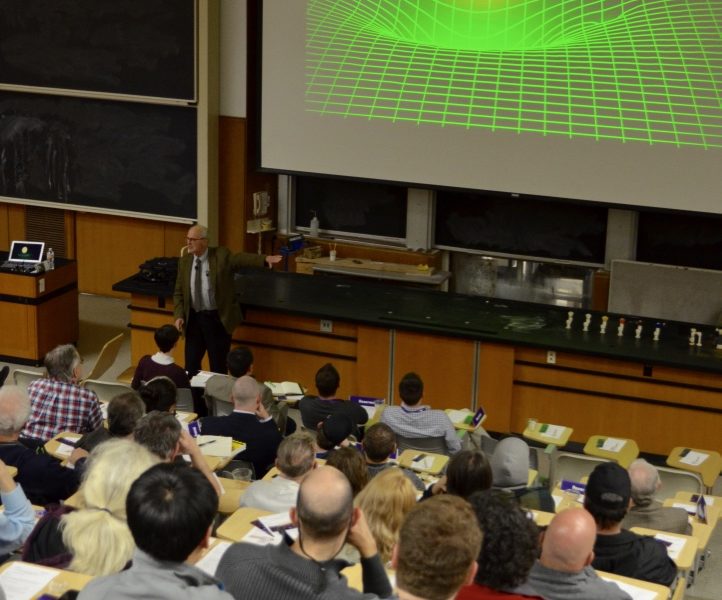 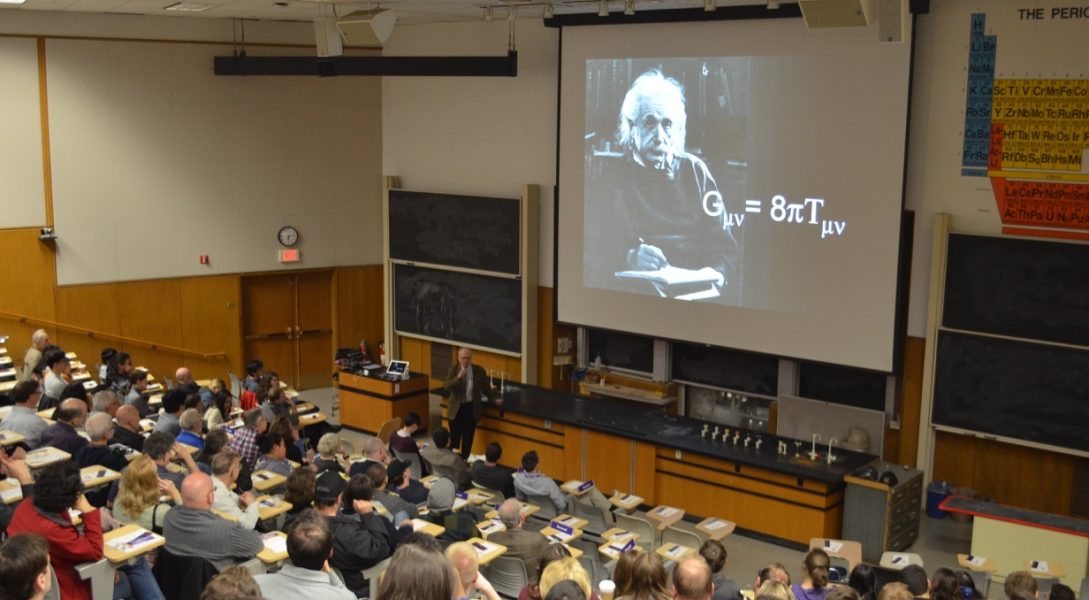 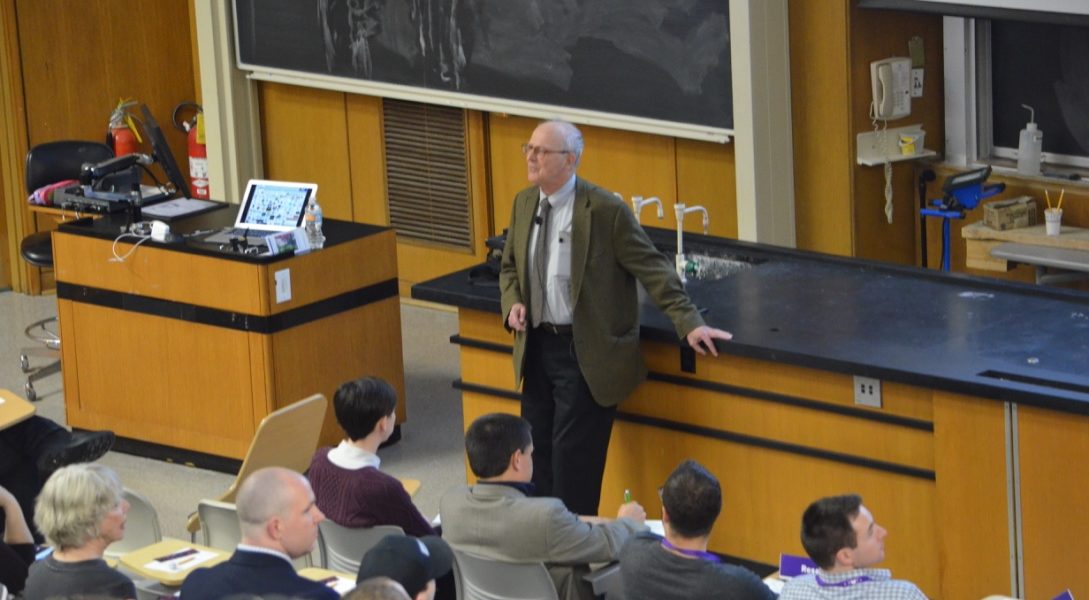 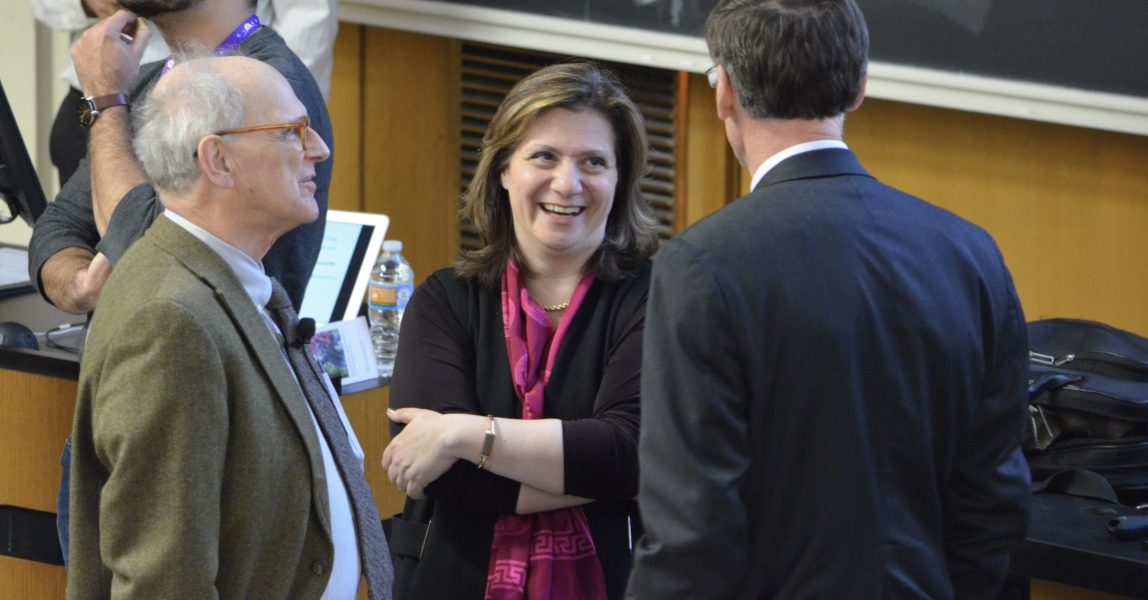 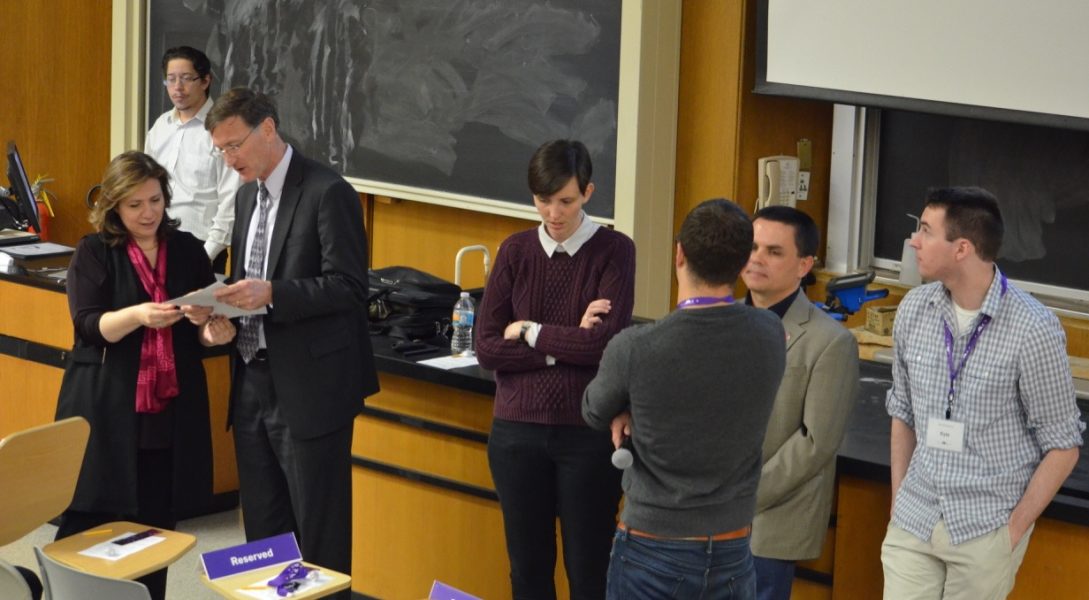 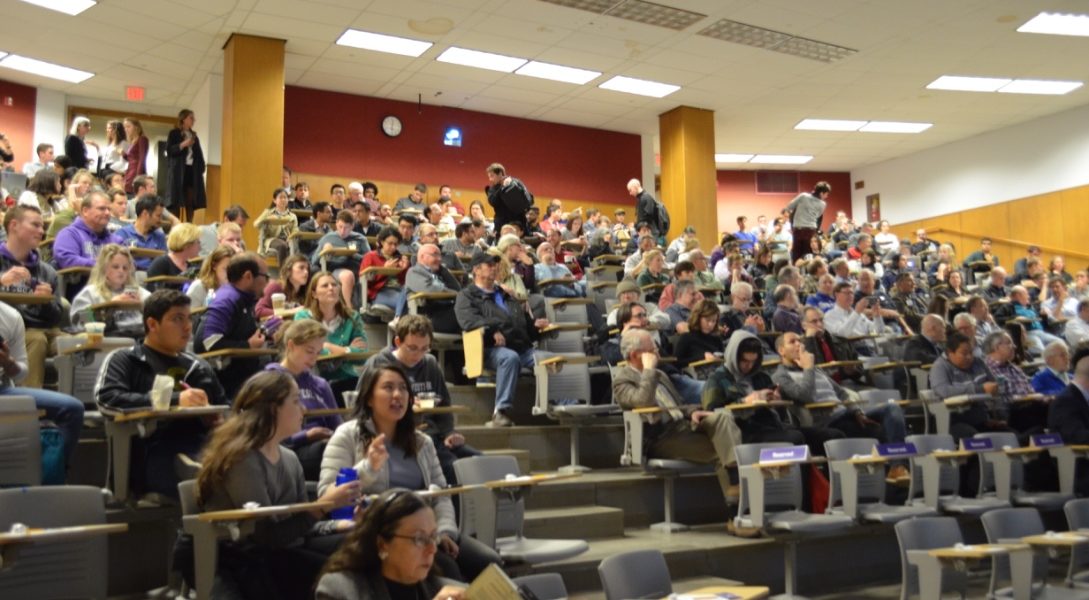 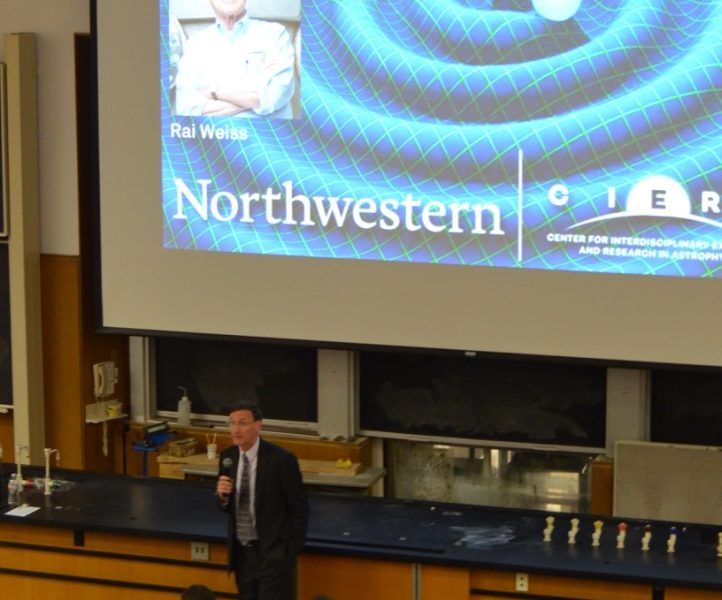 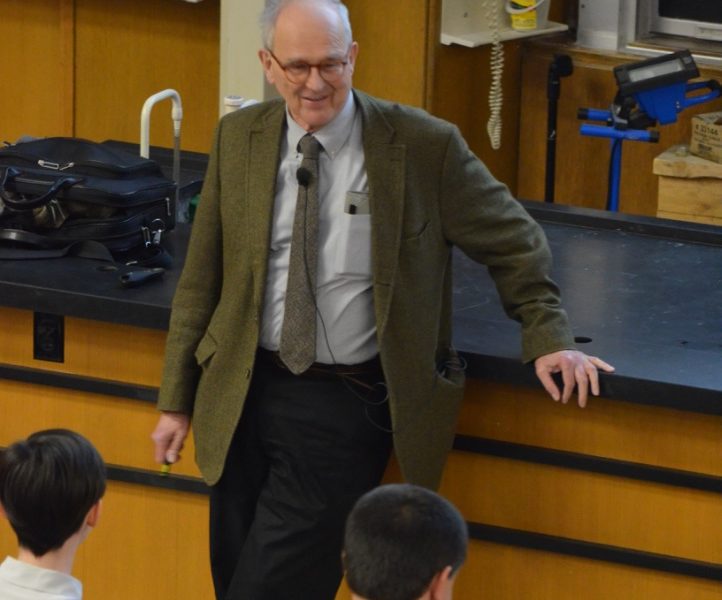 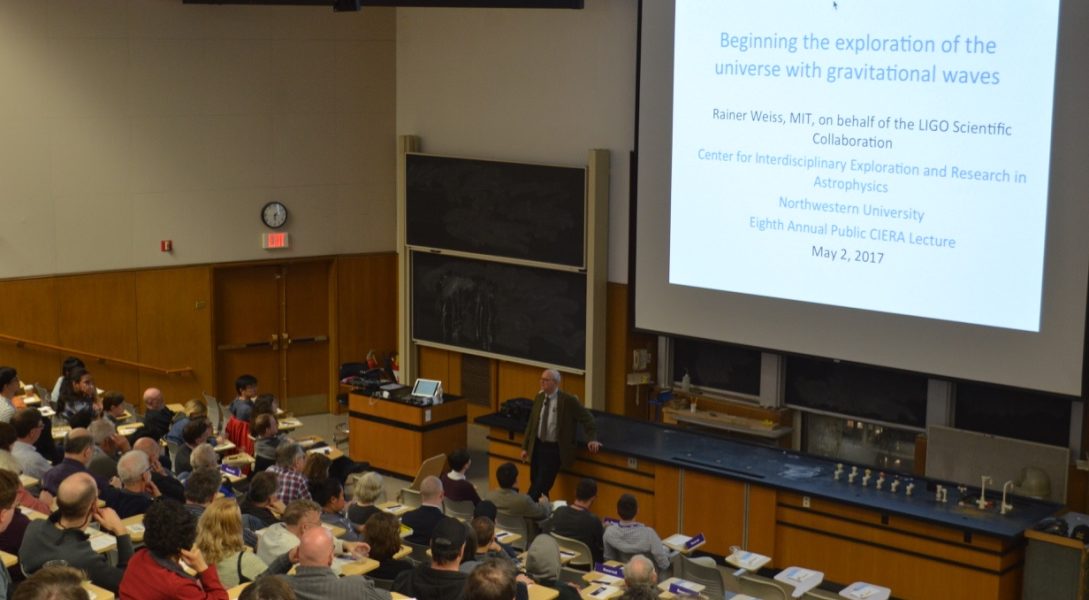 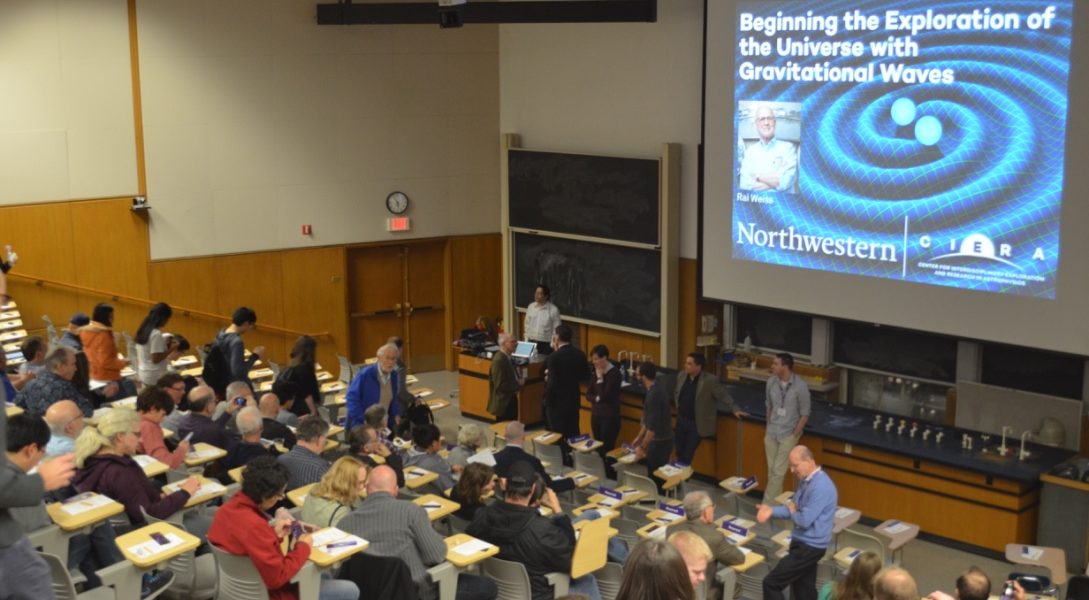