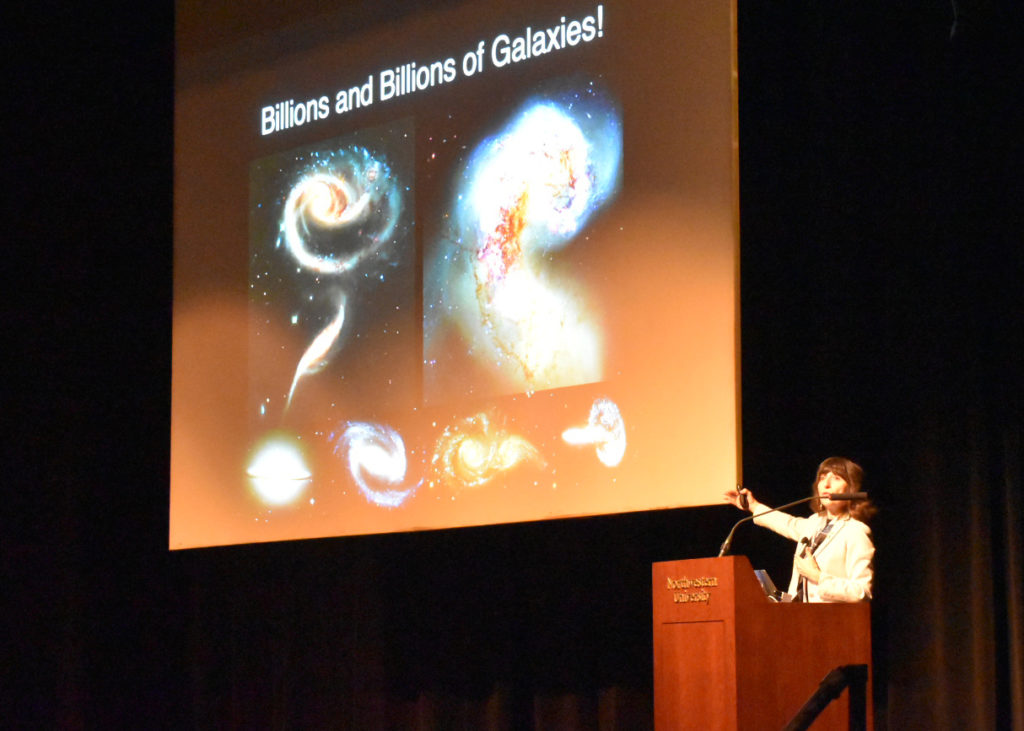 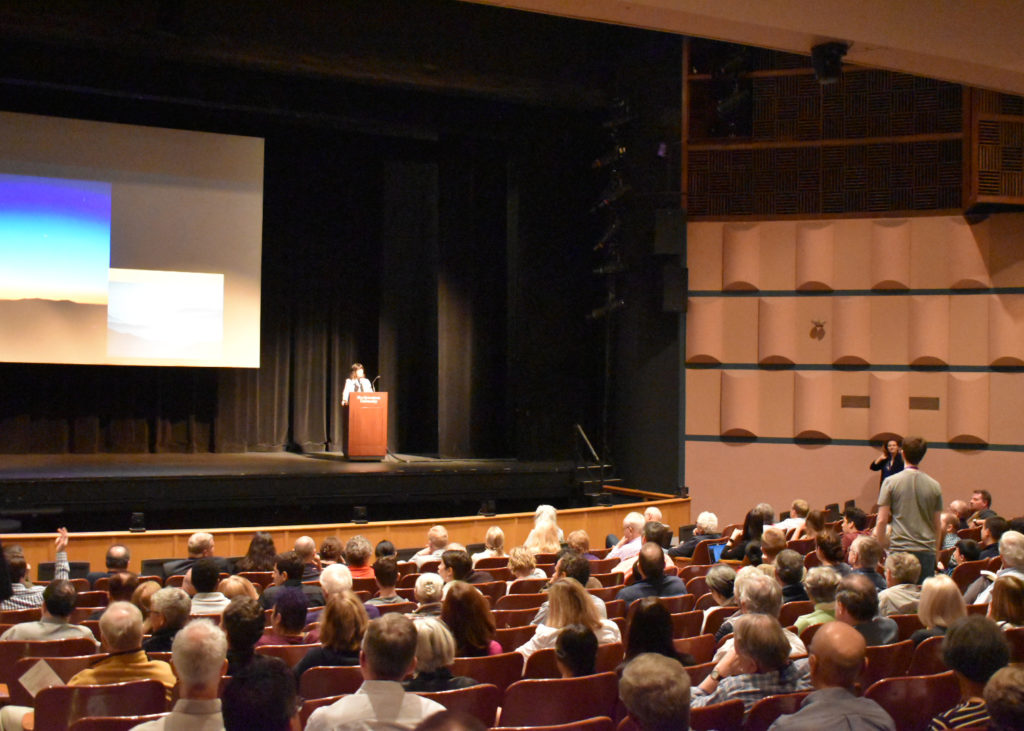 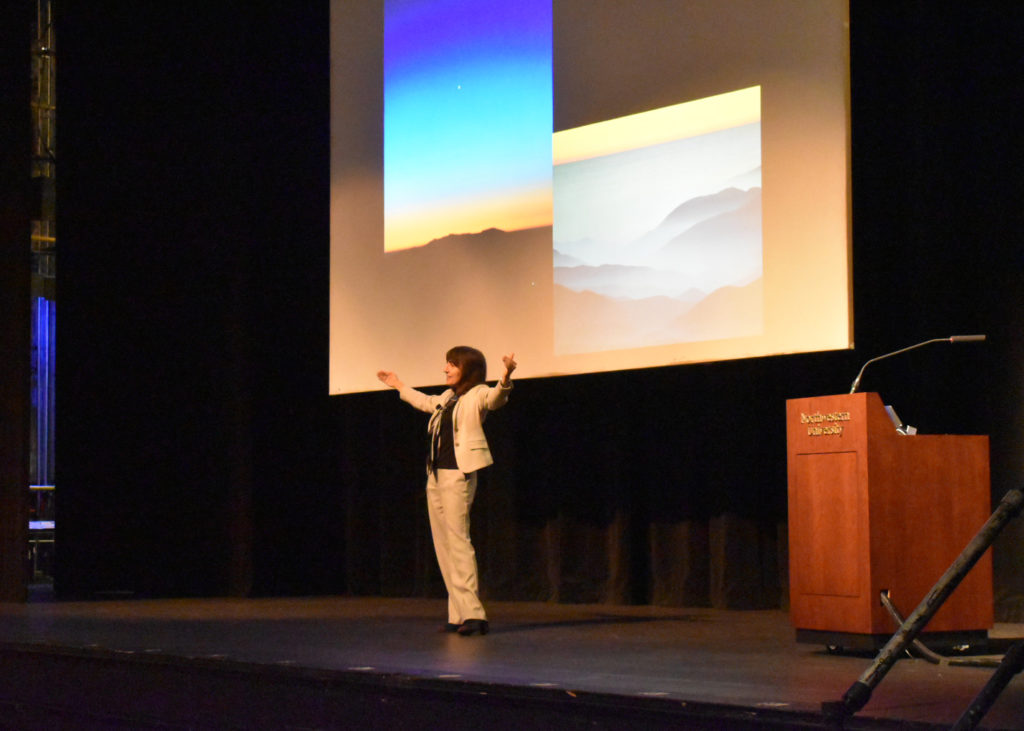 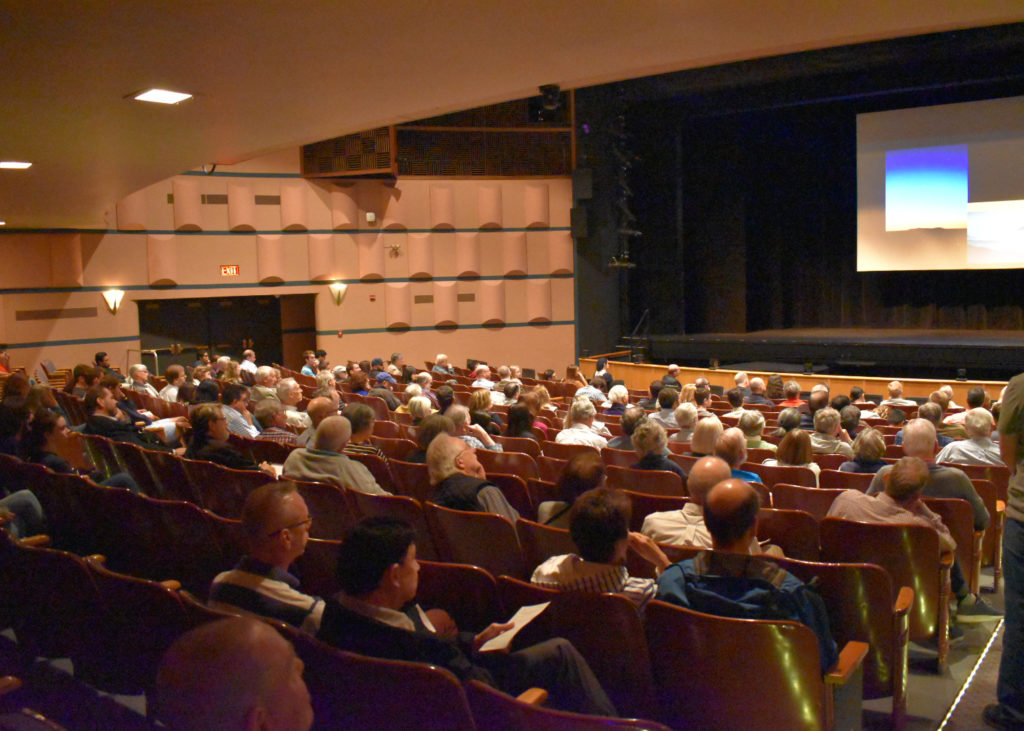 On October 5, 2017 at 7:30pm, CIERA held its annual public lecture at Cahn auditorium. This year, we welcomed Wendy Freedman from the University of Chicago’s’ Kavli Institute for Cosmological Physics, who presented to an audience of about 300.

Her talk, “The Unexpected Universe: Astronomical Telescopes Continue to Reveal New Surprises,” discussed the future of telescopes and how they will revolutionize the discovery of celestial bodies throughout the universe. One telescope in particular, the Giant Magellan Telescope (GMT), is being built in the Andes Mountains in Chile. The GMT is the first telescope of its kind—with the sensitivity up to 20 million times of that of the human eye. Freedman explained how this telescope will allow astronomers to see “the first light in the universe,” and may have the capability of spotting life on planets outside of our solar system. Wendy Freedman initiated the GMT project and will help reveal the telescope in 2018.

Learn more about Wendy Freedman and the Giant Magellan Telescope.