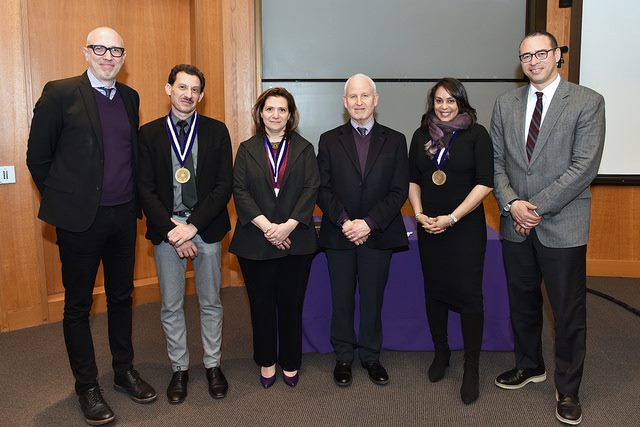 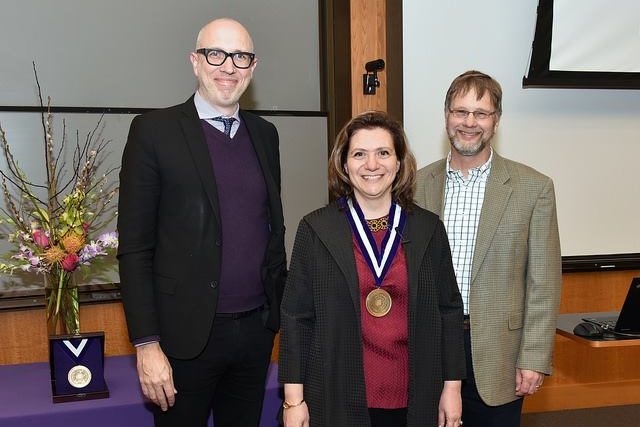 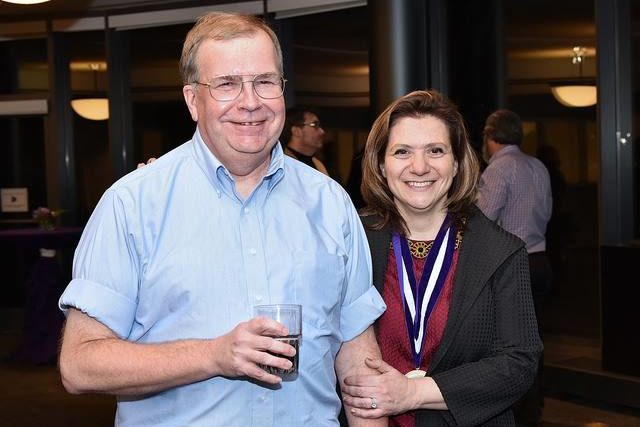 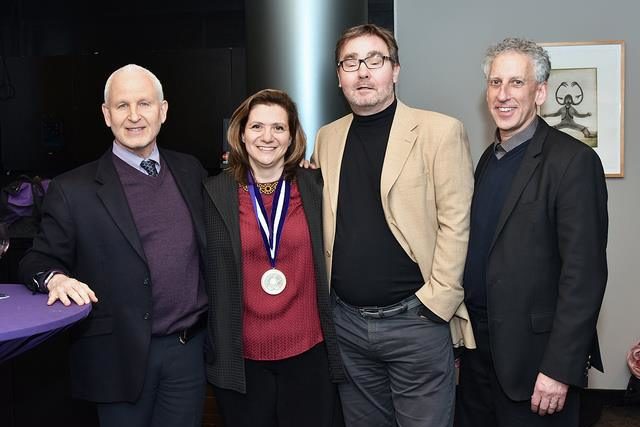 On January 31, 2018, at the Allen Center, Northwestern University Weinberg Dean Adrian Randolph hosted an investiture ceremony honoring the new academic appointments of Weinberg’s endowed chair holders. Among those introduced was CIERA director Vicky Kalogera, who was named the Daniel I. Linzer Distinguished University Professor in the Department of Physics & Astronomy. Vicky came to Northwestern in 2001 as an assistant professor and previously held the title E. O. Haven Professor of Physics & Astronomy.

Each of the new named professors was introduced by their department chairs and gave a talk about their careers and inspirations. A reception concluded the event.

All Images Credited to: Genie Lemieux from Evanston Photographic