CIERA Partners with The Chicago Network on STEM Event 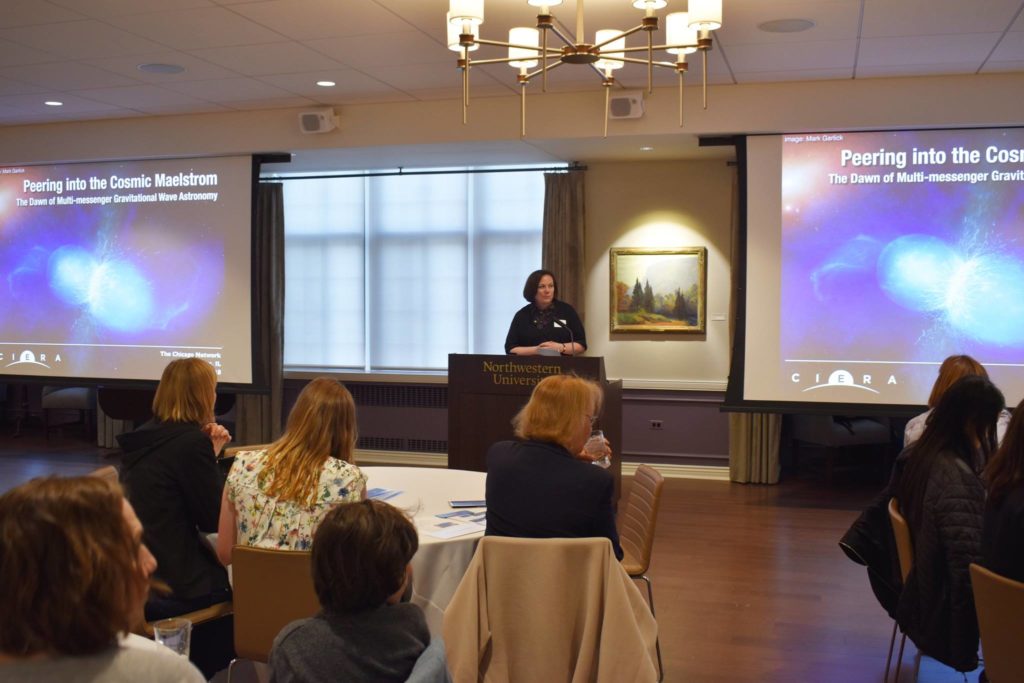 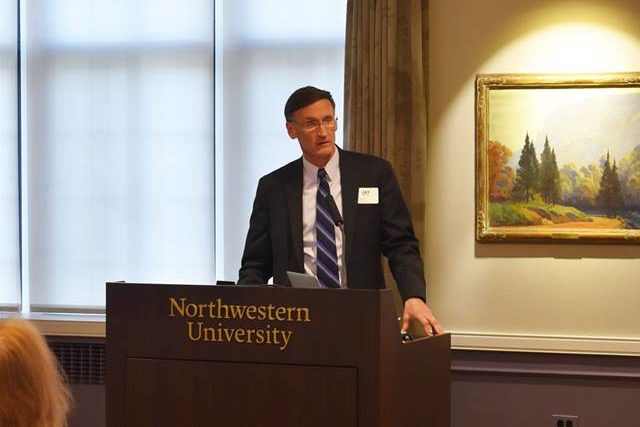 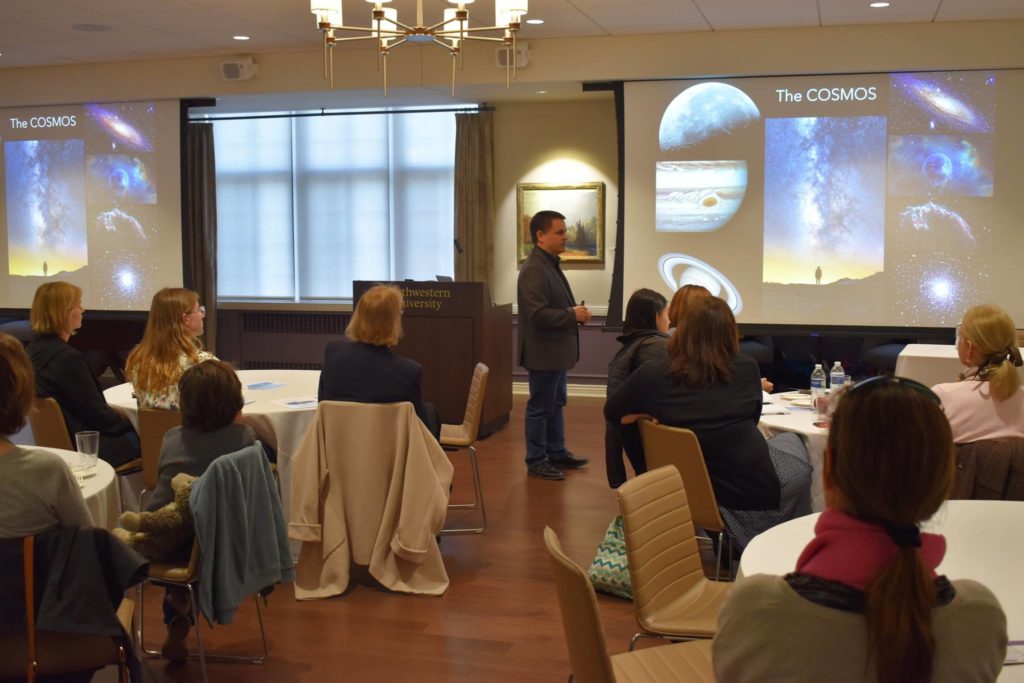 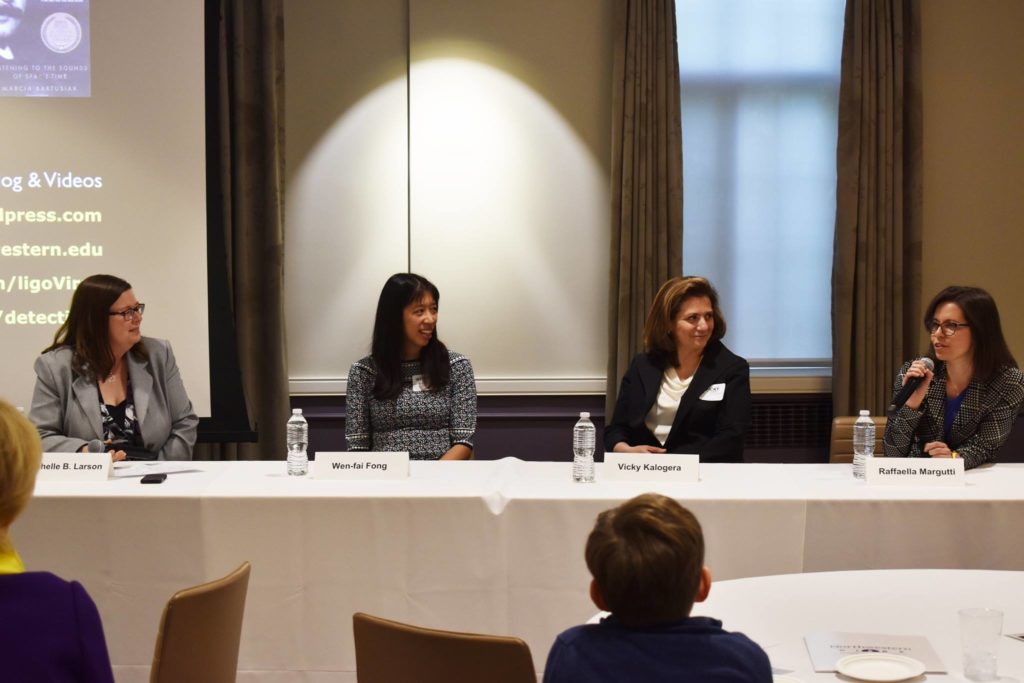 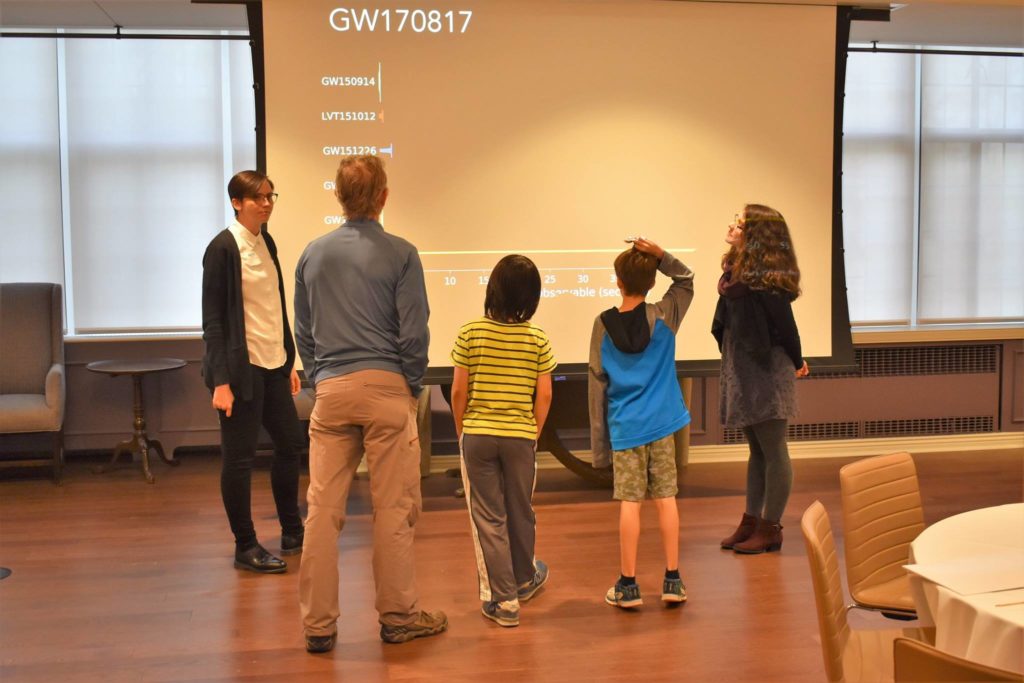 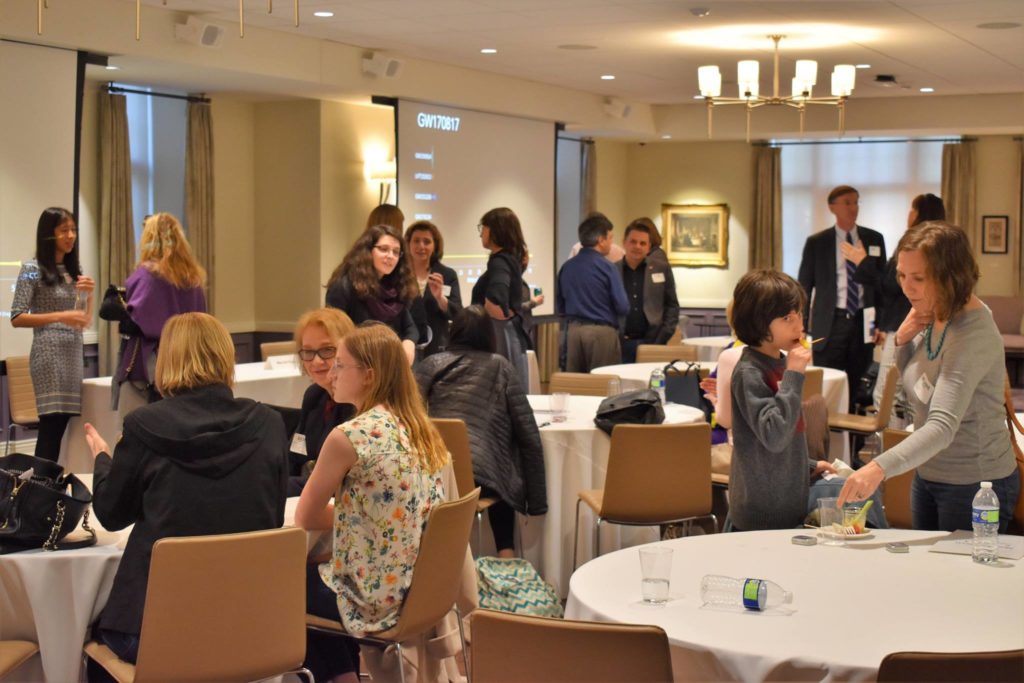 Last fall, scientists announced the first-ever observation of a binary neutron star inspiral and merger. Anticipated for more than 20 years, the merger represents the first joint detection of an astronomical event using two observing techniques: gravitational waves and electromagnetic radiation. Together these approaches are known as “multi-messenger astronomy”. Northwestern played a singularly unique role with scientific leadership in both sides of this cutting-edge discovery.

As part of its ongoing STEM event series, on May 17, The Chicago Network (TCN), an organization of Chicago’s leading professional women, partnered with CIERA to bring a panel discussion on this topic to an audience of 50. Vicky Kalogera (TCN member since 2013) and colleagues Raffaella Margutti and Wen-fai Fong, described their roles and experiences in the making of this ground-breaking discovery. With an introduction to the science from science communicator Shane Larson, the round-table discussion was moderated by Michelle Larson (TCN member since 2013), President and CEO of Adler Planetarium.