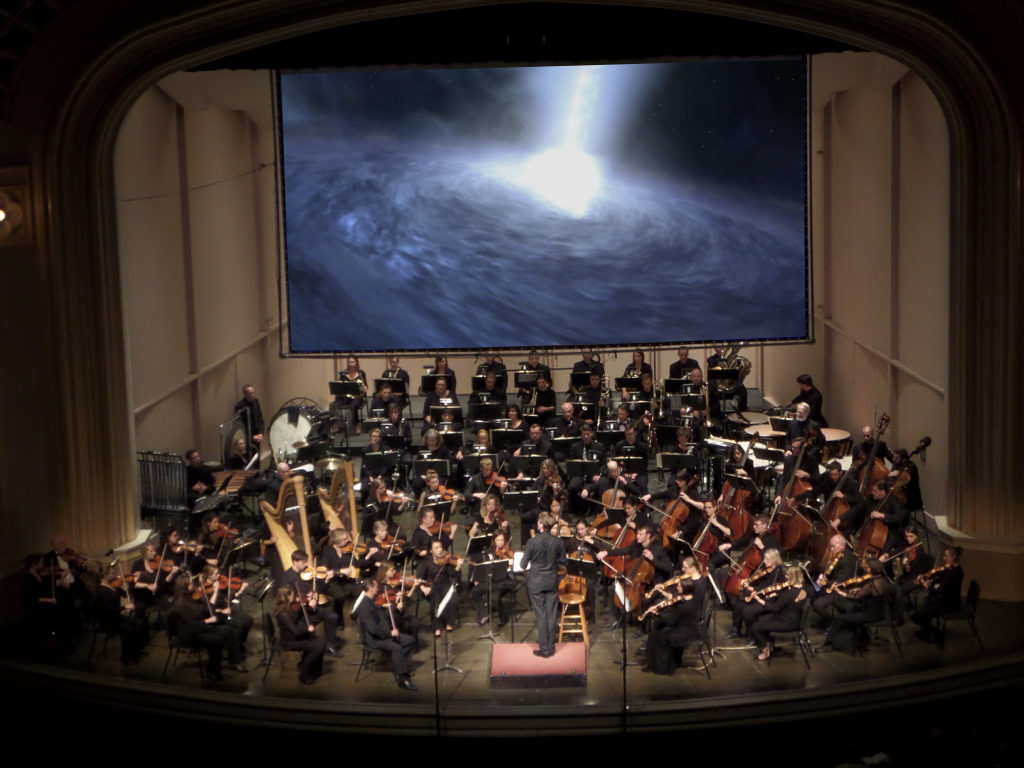 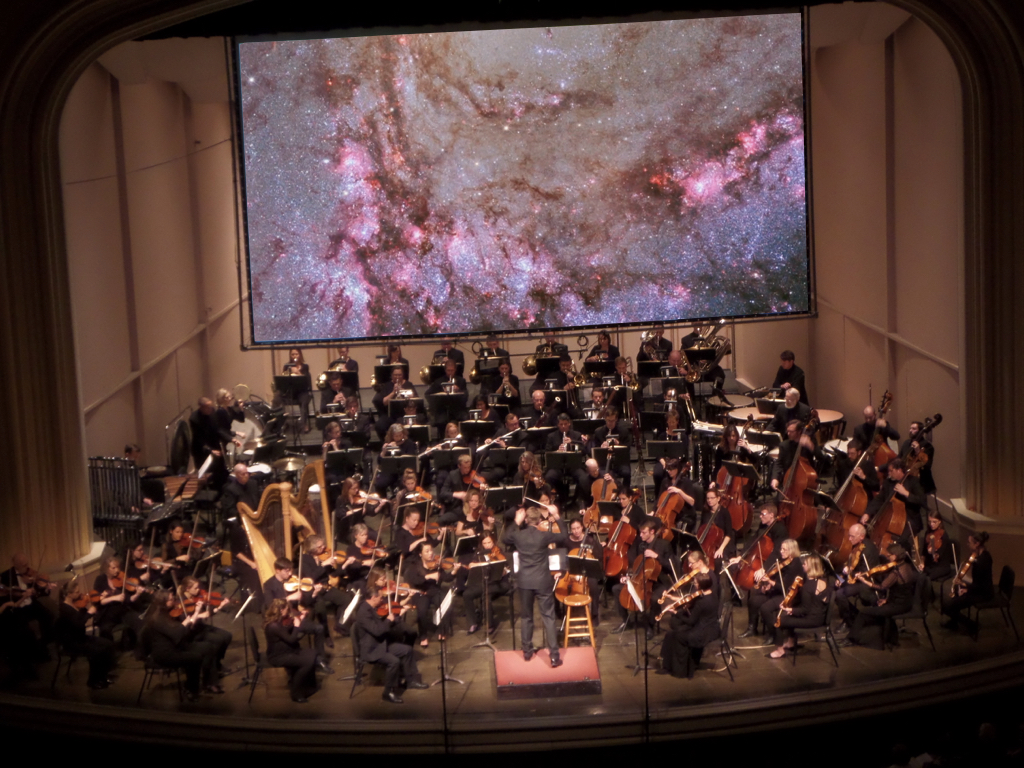 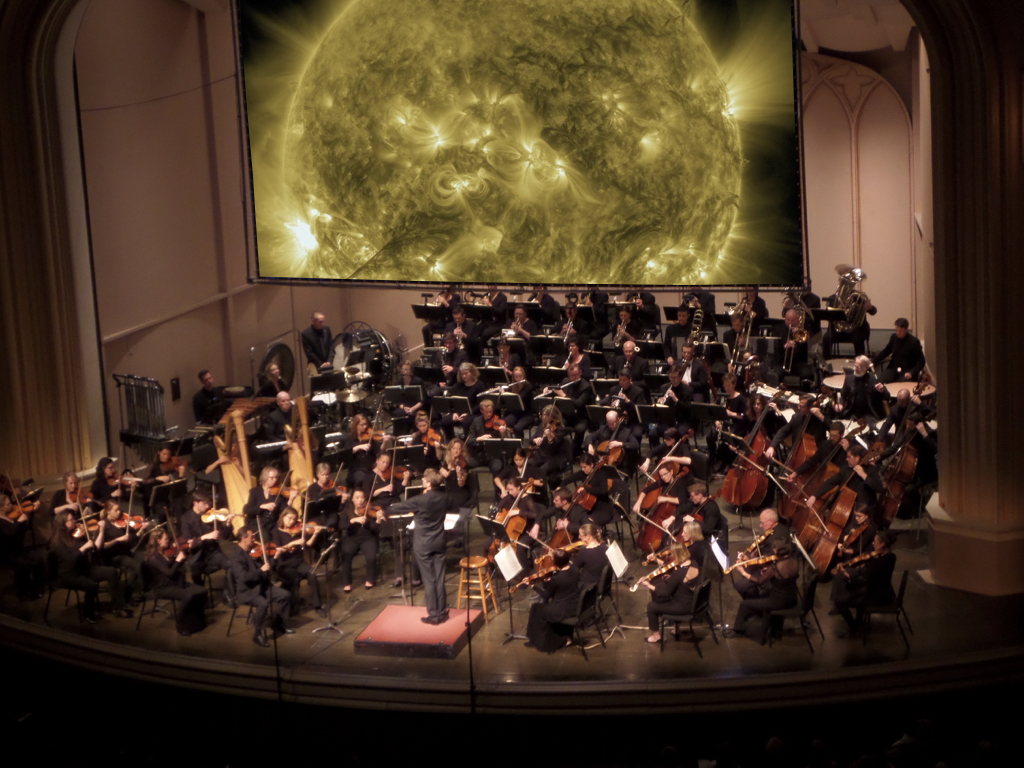 “The Boulder Philharmonic calls its 2018–19 season Open Space, and will begin its classical programming focusing on the openest space of all. Under the title “Infinite Space”, the Phil will perform music about stars and astronomers and planets.

You might guess one of the pieces: The Planets by Gustav Holst, one of the best loved and most programmed pieces for orchestra. The other two are completely new to Boulder audiences, having both been written in this century: Jessie Montgomery’s Starburst and James Stephenson’s Celestial Suite….

….Celestial Suite will be accompanied by a video created by Kyle Kremer, a trumpet player and physicist who is a friend of the composer. “The videos are compiled from millions of fantastic images from NASA,” Kremer says. “It’s a combination of real images taken by telescopes and computer animations of things that we can’t actually take images of — for example black holes.”