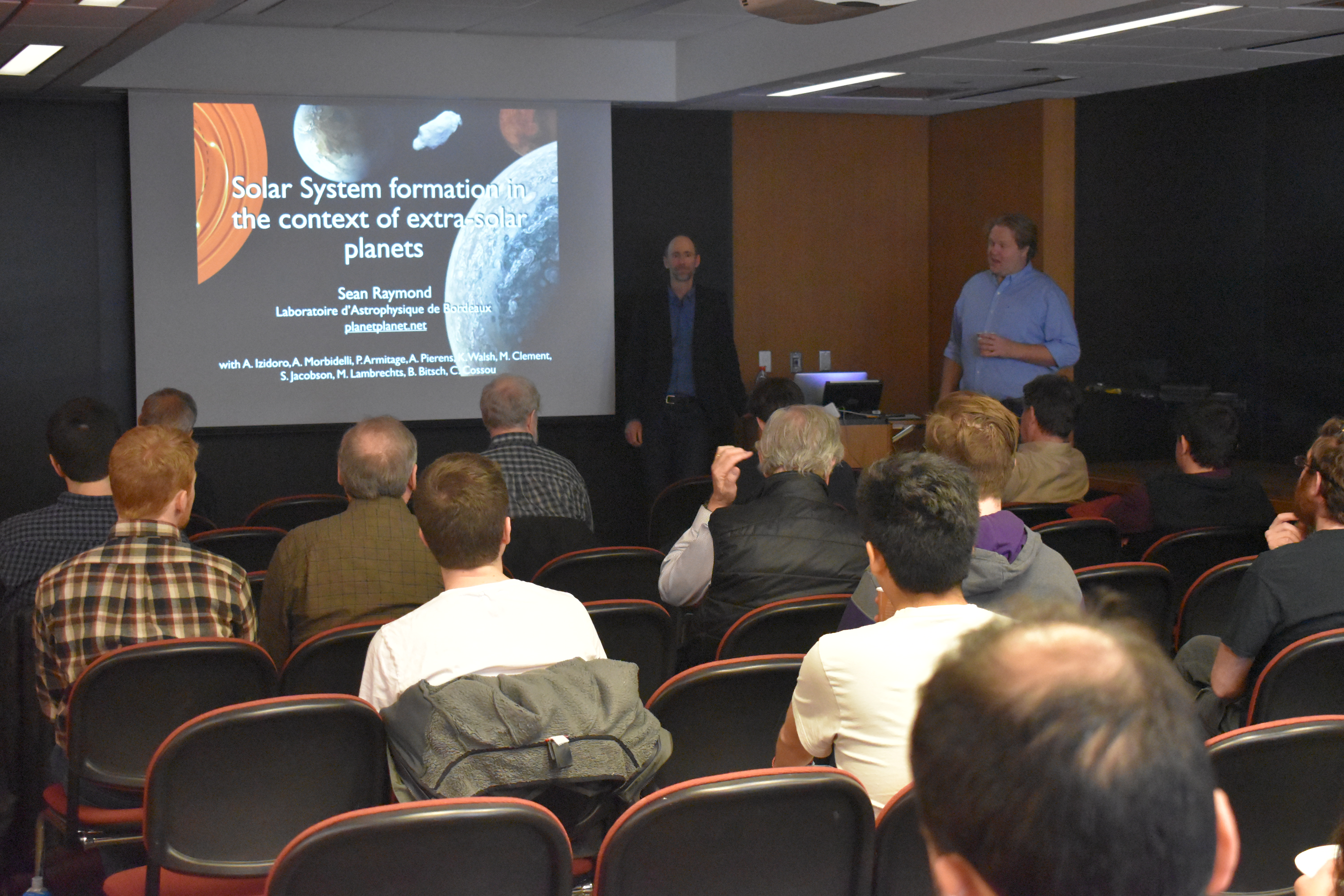 The past decade of exoplanet observations has confirmed one of humanity’s worst fears: we are weird. Jupiter is the only planet in the solar system likely to be detected with present-day technology, yet the solar system is quantifiably unusual among exoplanet systems.

Astronomer Dr. Sean Raymond from the Laboratoire d’Astrophysique de Bordeaux explored this topic on April 1 during his talk, “Solar System Formation in the Context of Extra-Solar Planets”. Nearly 40 people attended the CIERA Interdisciplinary Colloquium hosted by Seth Jacobsen and the Department of Earth and Planetary Sciences.

At the 1 percent level, the solar system is peculiar. At least half of main-sequence stars host nearby “super-earths,” and about 10 percent have Jupiters or non-Jupiter-like, eccentric or close by orbits.

In his talk, Raymond considered how the solar system fits into a larger context by addressing key steps in planetary system formation, and presented models to explain the diversity of observed planetary systems and the mechanisms that create that diversity.

While there is no consensus on exactly how the Solar System formed yet, Jupiter is likely to have played a decisive role according to Raymond.