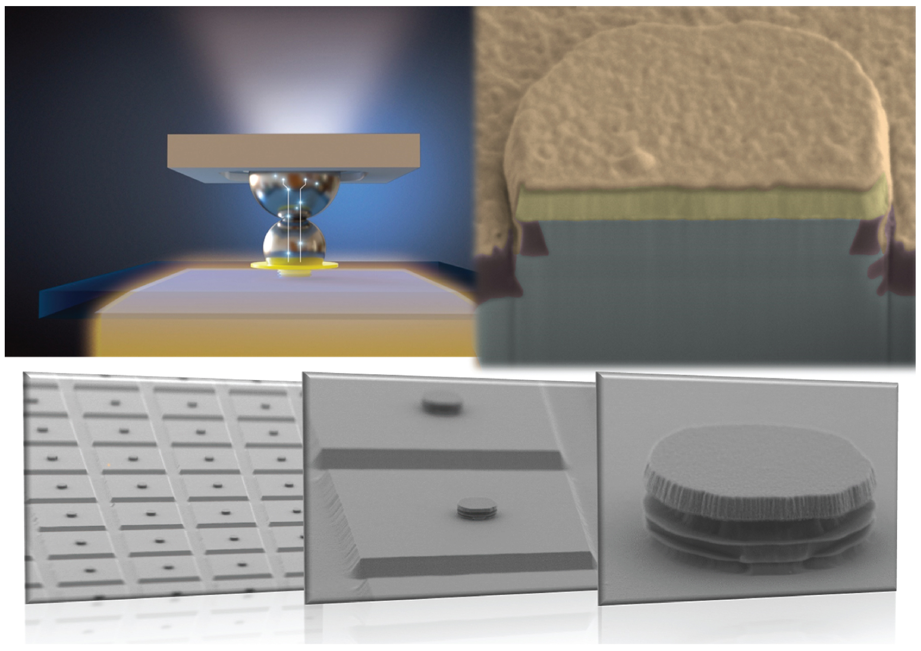 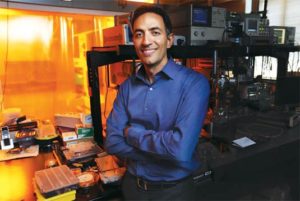 Researchers from Northwestern’s Bio-Inspired Sensors and Optoelectronics Laboratory (BISOL) announced they developed a novel highly sensitive infrared camera that could help with directly imaging exoplanets orbiting in the habitable zone of nearby stars. The paper reporting the findings is showcased as the front cover of Applied Physics Letters, and is also featured as the Editor’s Pick.

The pixels in this camera are engineered by researchers at BISOL to amplify the optical signal by about 1000 times at thousands of frames per second. This unique ability leads to a tremendous imaging sensitivity and speed that are needed for new discoveries. When this technology matures into a fully operational camera, it will allow astronomers at Northwestern to image, for the first time, exoplanets via their reflected light. Today only planets that produce most of their light via gravitational contraction have been observed.

Dr. Olivier Guyon, lead scientist of the Subaru Coronagraphic Extreme Adaptive Optics, is Northwestern’s key collaborator for providing access to a major telescope to allow these observations to be made. When 30-meter class telescopes come online, the system will even be able to image habitable exoplanets.

“We have been fascinated with this new photon detector technology, since it can surpass some of the biggest challenges in infrared imaging. In addition to our goal of exoplanet imaging, my team is now utilizing the fundamental knowledge we have gained here to make breakthrough ultra-fast medical imaging systems and ultra-low power optical interconnect on silicon chips.” said professor Hooman Mohseni who leads Bio-Inspired Sensors and Optoelectronics Laboratory. In addition to this field, Mohseni’s lab has been developing many new concepts in optics, optoelectronics, and optical materials.

This work has been supported by W. M. Keck Foundation under a Research Grant in Science and Engineering, and by ARO award #W911NF-18-1-0429.