Erik Curiel on Inconsistent Definitions of a Black Hole 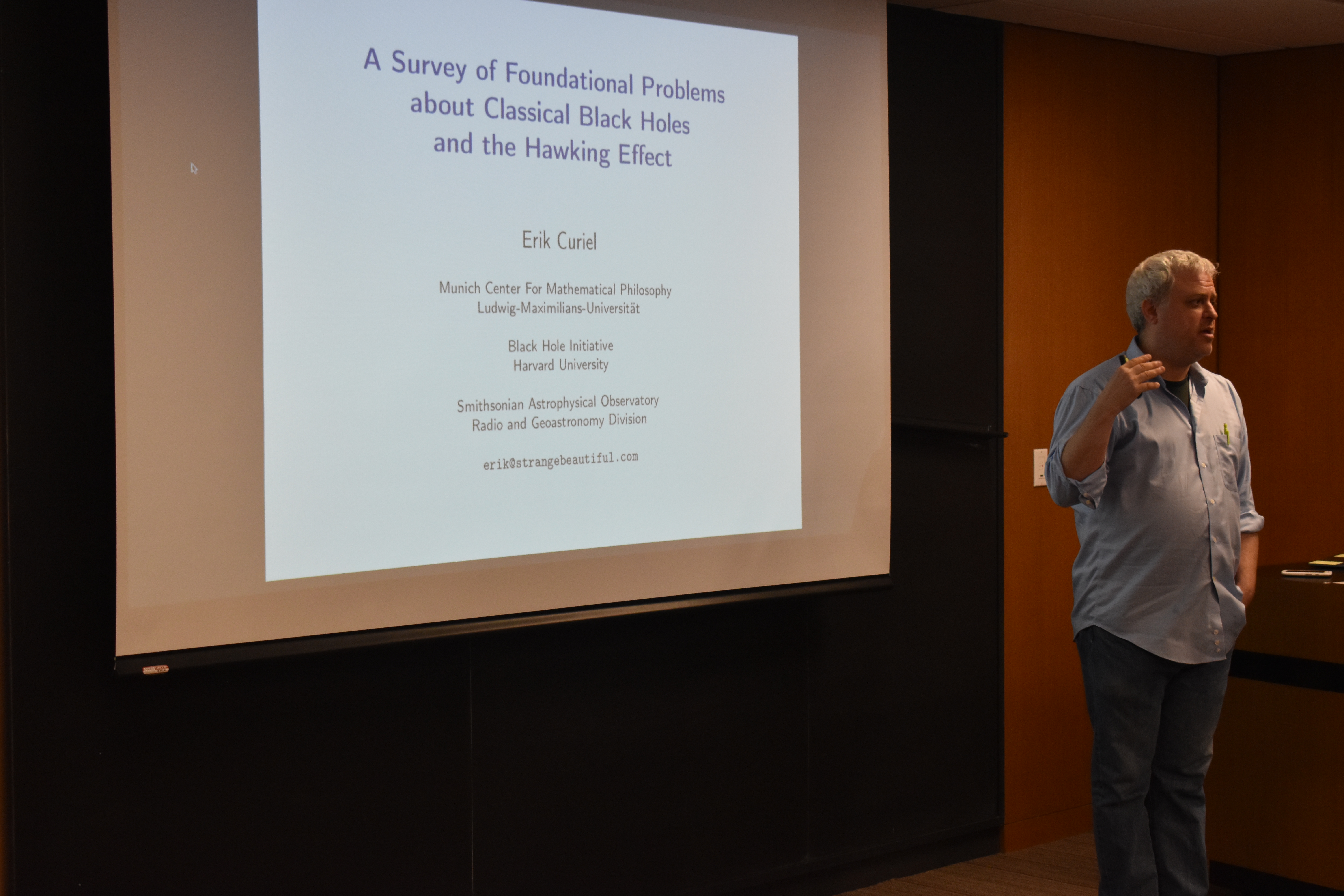 Erik Curiel, assistant professor at the Munich Center for Mathematical Philosophy and a Black Hole Initiative Research Fellow at Harvard University, explored this issue May 9 in his CIERA Interdisciplinary Colloquium titled “A Survey of Foundational Problems for Classical Black Holes and the Hawking Effect”. Hosted by Sandy Zabell of the department of mathematics at Northwestern, approximately 50 people attended the talk reviewing many of the proposed definitions of black holes.