The Challenges and Rewards of Studying Radio Pulsars: a CIERA Interdisciplinary Colloquium by Scott Ransom 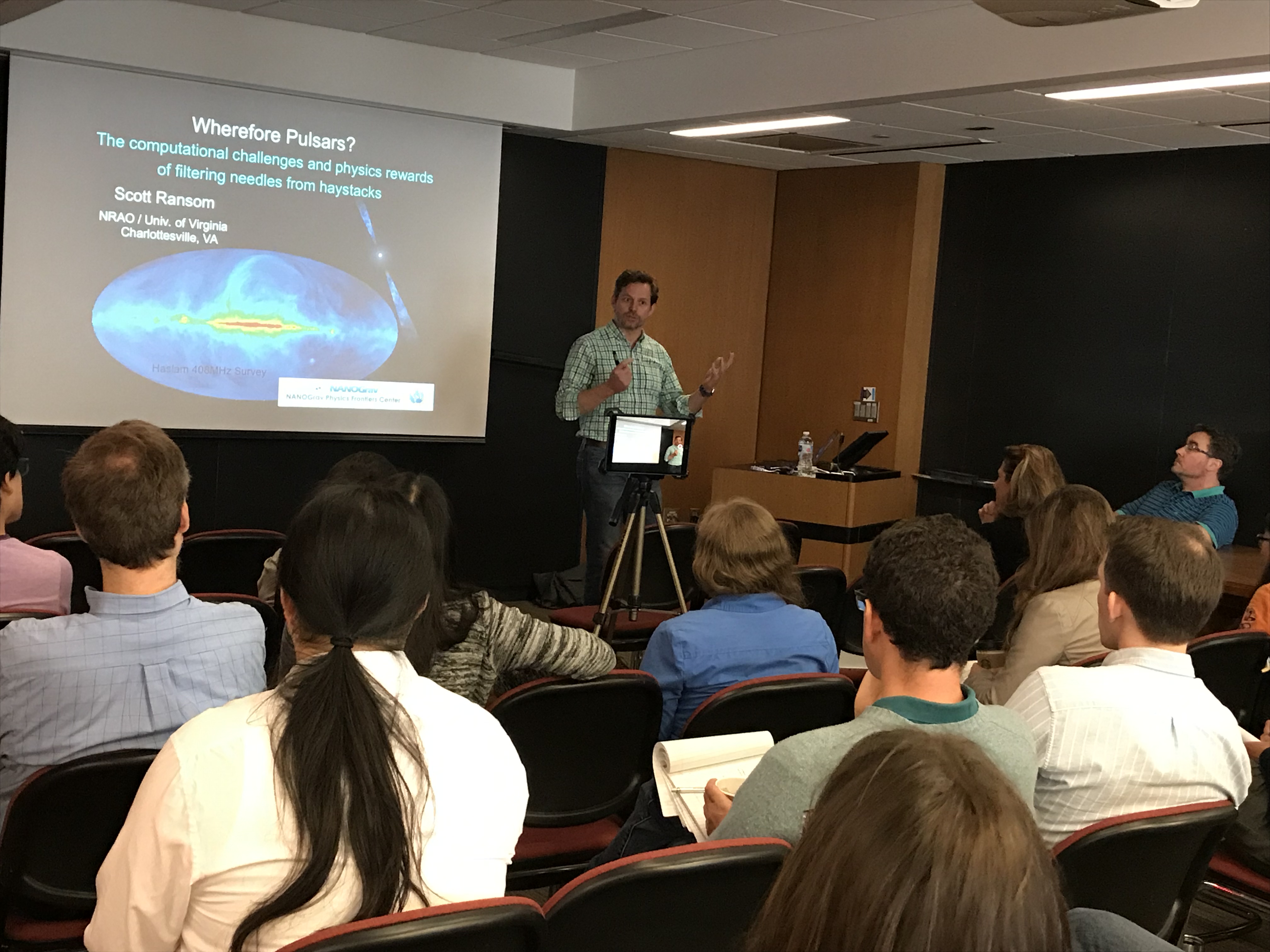 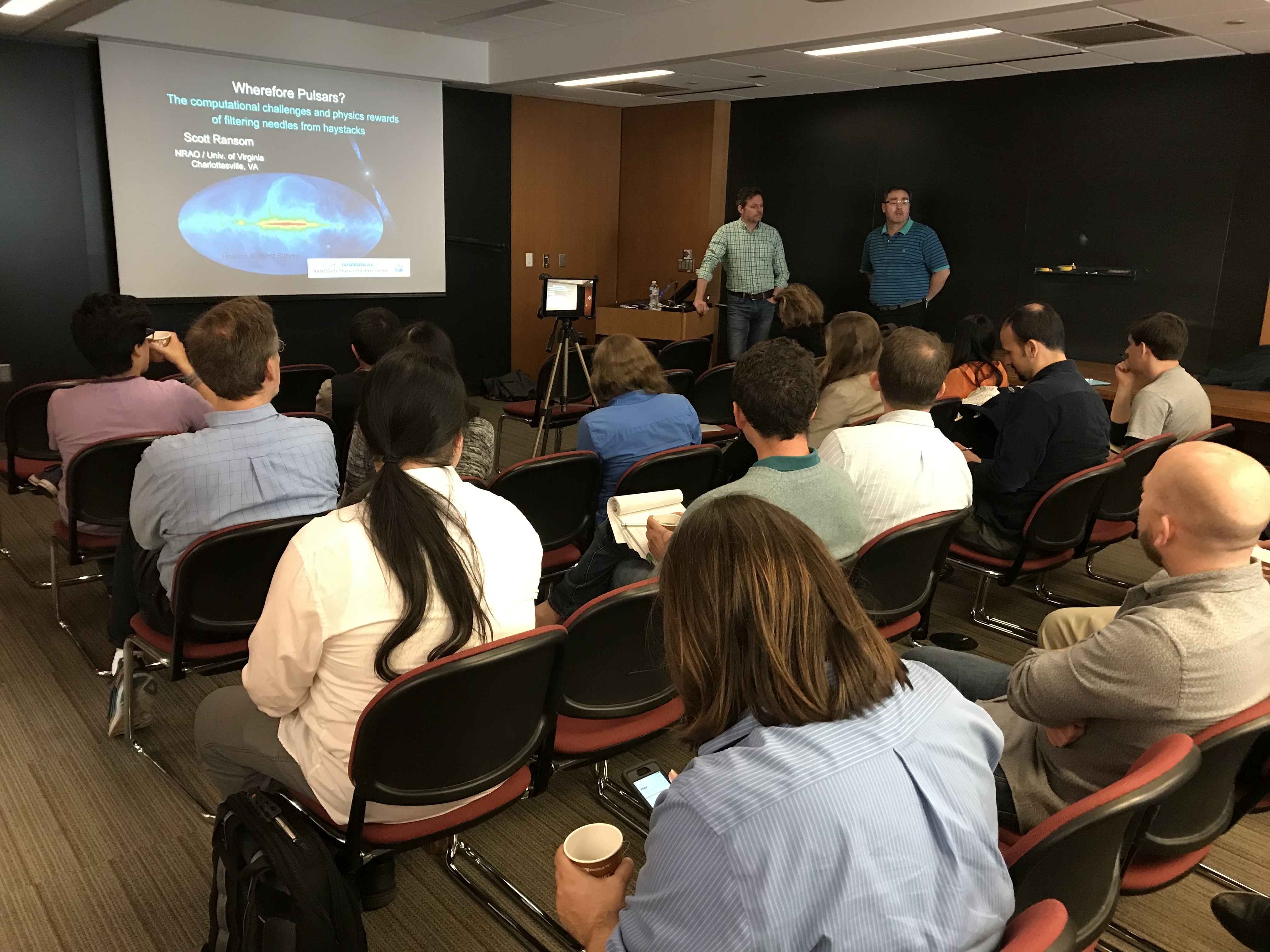 Radio pulsars are nature’s near-perfect celestial clocks, and have repeatedly proven themselves to be extraordinary tool for astrophysicists. They have probed the most dense material in the Universe, tested gravity in some of its strongest regimes, and will soon allow us to directly measure gravitational waves in a way much different than how LIGO currently detects them. However, we only know of a small percent of the complete population zipping around our Galaxy.

Scott Ransom of the National Radio Astronomy Observatory and the University of Virginia visited CIERA as a part of our Interdisciplinary Colloquium series to give his talk “Wherefore Pulsars? The Computational Challenges and Physics Rewards of Filtering Needles from Haystacks” on May 13.  Hosted by Fred Rasio, 40 people attended the afternoon talk.

Ransom discussed questions of how it’s possible to find the rest of the radio pulsars, and whether it is worth the algorithmic, computational, and scientific infrastructure costs to do so. Ransom said that he “certainly thinks so,” and presented the importance of this pursuit.