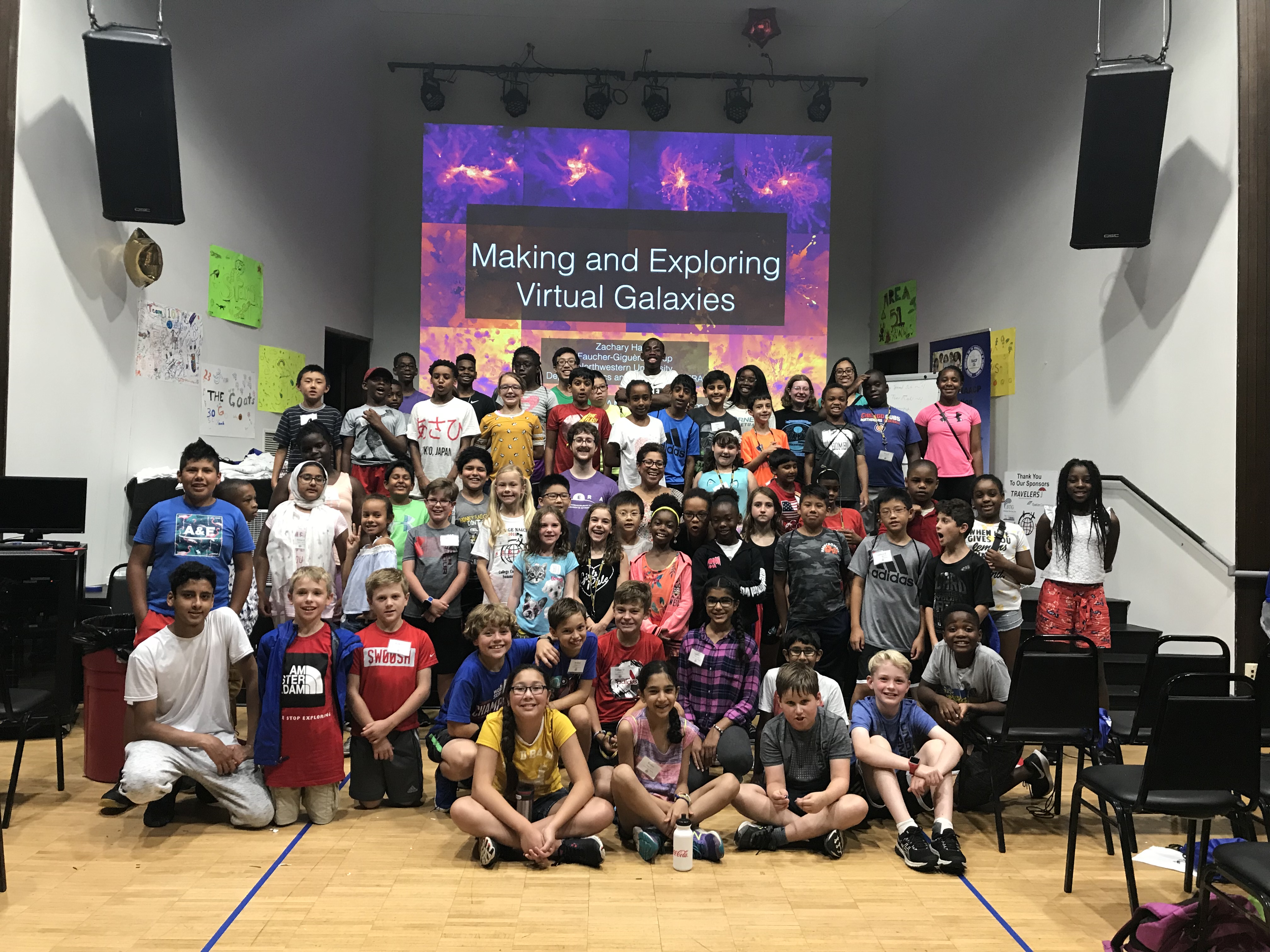 Each July, the DuPage County NAACP hosts its STEAM (science, technology, engineering, art and mathematics) Summer Camp at North Central College in Naperville, Illinois. Associate Professor of Computer Science Michael Horn is an organizer with the camp who reaches out to centers and departments at Northwestern to find interesting speakers and activities for the campers.

This year, astronomy graduate student Zach Hafen led a talk and demonstration about virtual galaxies. He reported that there were “lots of questions” from the students. Zach led the students in an interactive particle demonstration which he developed with Northwestern’s Science in Society. During the activity, the campers acted as if they were gas particles. They had to come up with their own rules and respond as a team as the rules were developed. Previously, Zach has led this fun and educational demo at Chicago’s Museum of Science and Industry.

According to the NAACP website, at the camp “students fourth grade through sixth grade learn about the college experience, explore sciences, learn how to code, explore new languages and meet new friends.”