SAGUARO: Using Arizona Telescopes to Observe the Most Dramatic Collisions in Space 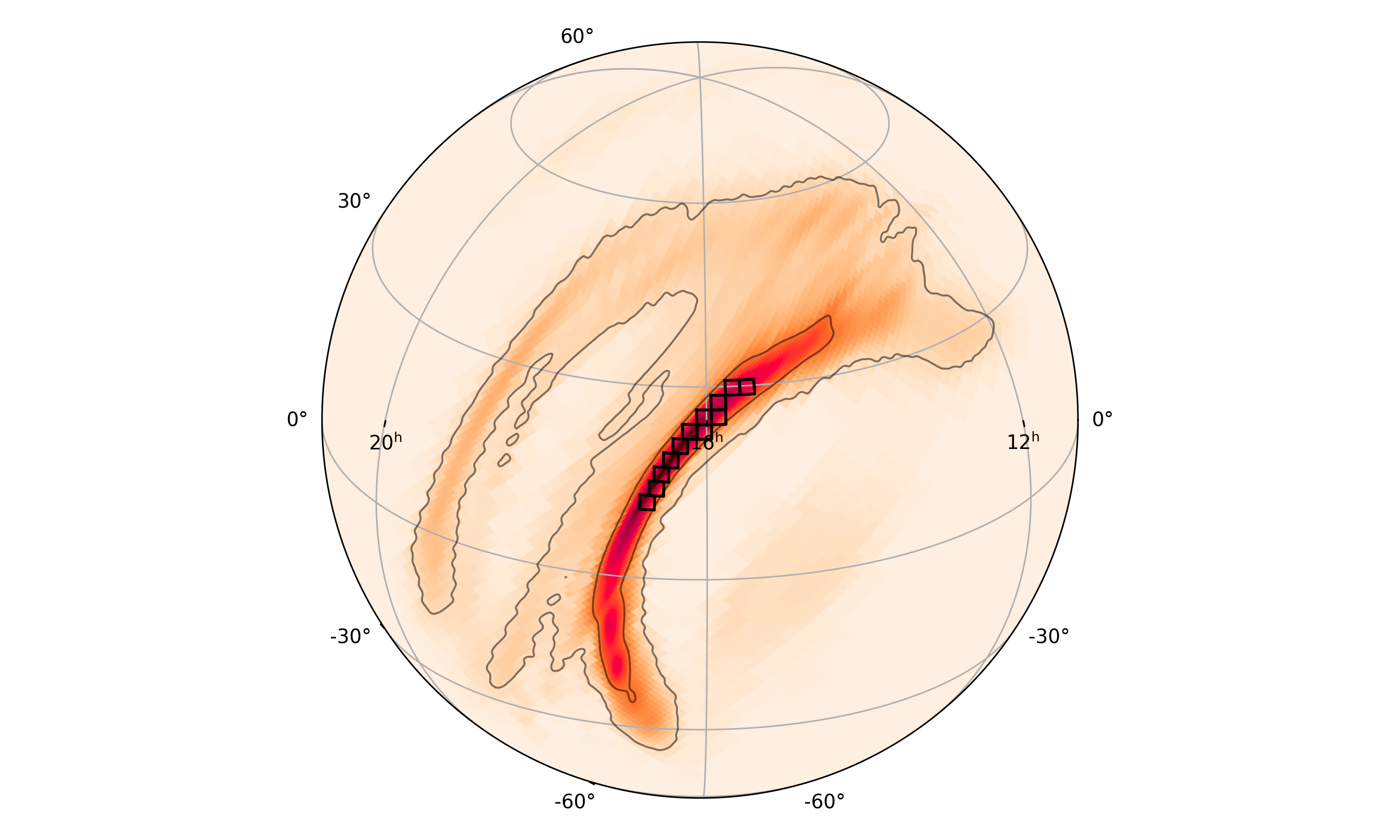 This image shows how SAGUARO tiles the sky localizations of GW events. Displayed here is a part of the sky localization for S190424z, a candidate GW signal with a >99% probability of being a binary neutron star merger (BNS). The intensity of the color shows the probability that the signal came from that region of the sky, with red being the highest probability. SAGUARO takes this map and determines the highest probability region observable by the telescope. These tiles, shown by the black boxes, are then observed by CSS and the data is processed to search for the optical counterpart to the GW signal.

Throughout the world, new developments are being made in the field of gravitational wave astrophysics, with groups of scientists utilizing new technologies to reveal the Universe’s secrets. One such collaboration is Searches After Gravitational-waves Using ARizona Observatories (SAGUARO), where team members respond to phone alerts at 3:00 a.m. and happily consider it the “new normal” for life as an astronomer. 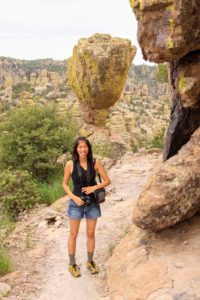 The leadership team behind the SAGUARO project, which recently received funding from the National Science Foundation, is made up of researchers from Northwestern, CIERA postdoc Kerry Paterson and Professor Wen-fai Fong, and from the University of Arizona, postdoc Michael Lundquist and Professor David Sand. The team uses the gravitational waves produced by mergers of two black holes, two neutron stars, or a neutron star and a black hole, to “chase the light” and uncover more about these sources than gravitational waves alone could show. 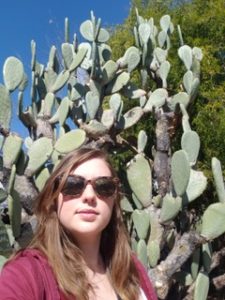 Paterson explained that the way it works is fairly simple, but the meaning to the astrophysics community and the excitement surrounding these new observing techniques is immense. When LIGO (the Laser Interferometer Gravitational-Wave Observatory) detects gravitational waves from a short duration or “transient” astronomical event, the SAGUARO team rapidly and in real time points Arizona’s network of advanced telescopes at the part of the sky where the merger most likely took place. A major challenge is covering the entire gravitational wave location, which can sometimes span up to 20% of the sky, encompassing thousands of galaxies and, inconveniently, thousands of other unrelated transients.

Luckily, the SAGUARO team has access to the Catalina Sky Survey Telescope, which typically is used to hunt for asteroids, but which the SAGUARO team uses to tile the sky in tens of square degrees on its hunt for binary mergers. Paterson, whose role is on the “pipeline”, processes the large amounts of imaging data from transient mergers in real time. “The bygone method of looking for transients, which required comparing old and new images by eye, won’t cut it here,” Paterson says. “We are working to build and implement a fast technique that can pare down thousands of transients to just a few promising ones within an hour.”

Quickly locating the source of gravitational waves lets the team trigger follow-up observations of the merger across the network, and they consequently collect more and different types of data, specifically electromagnetic emissions using photometry and spectroscopy. The telescopes they use range from 1.5m to 10m in diameter and can collect data in both optical and infra-red light, which can be important for deciding which transient is associated with the merger events. 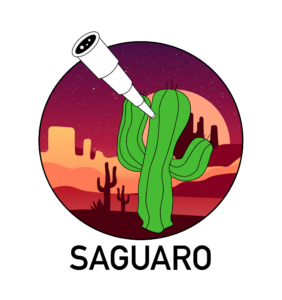 In April 2019, the SAGUARO team was swept into action, with new candidate gravitational wave signals detected by LIGO. For one of the candidate signals, things happened especially quickly. The team was alerted that LIGO had detected a new potential merger in the middle of the night, and within 45 minutes of the alert, they were taking their first images. Across all of the candidate gravitational wave signals that they followed, they found about 19,500 candidate transients, but quickly settled on just a few worthy of follow-up. “The sky is incredibly dynamic so this really is a needle in a haystack problem,” says Fong. “Our goal is to make that needle as obvious as possible, and fast!”

They’ve created a very unique single network to systematically discover and follow up on gravitational wave sources. Paterson says, “This rapid pace of research is truly thrilling. We are excited for what the Universe has in store for us in the future.”