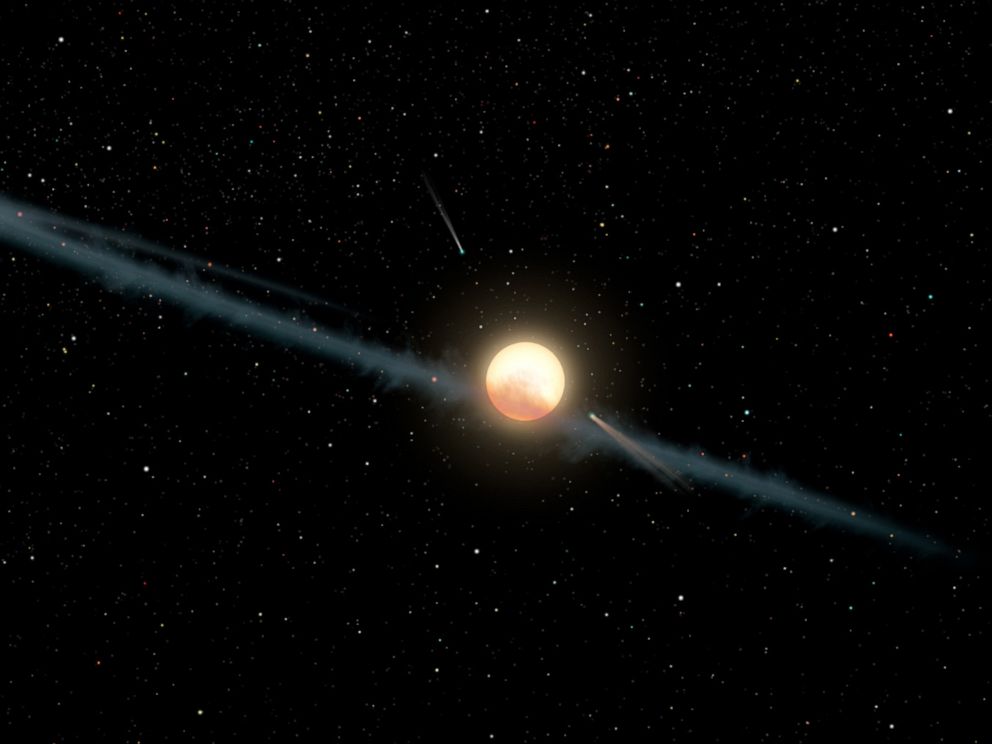 Image Credit: NASA/JPL-Caltech, An artist’s conception of KIC 8462852 surrounded by a ring of dust.

“(Inside Science) — In 2015, astronomers noticed that a star named KIC 8462852 was flickering unusually. Some researchers suggested that the observations could potentially be explained by “alien megastructures.”

But a new study finds a relatively simple explanation: dust….

….”Even if we can’t confirm any direct detections of exomoons yet, we at least have a hint that they do indeed exist,” said study lead author Miguel Martinez, an astrophysicist now at Northwestern University in Evanston, Illinois.

Read the full article: “A star has been flickering for years – and researchers think they’ve figured out why” in ABCNews, originally published in Inside Science, by Charles Q. Choi.