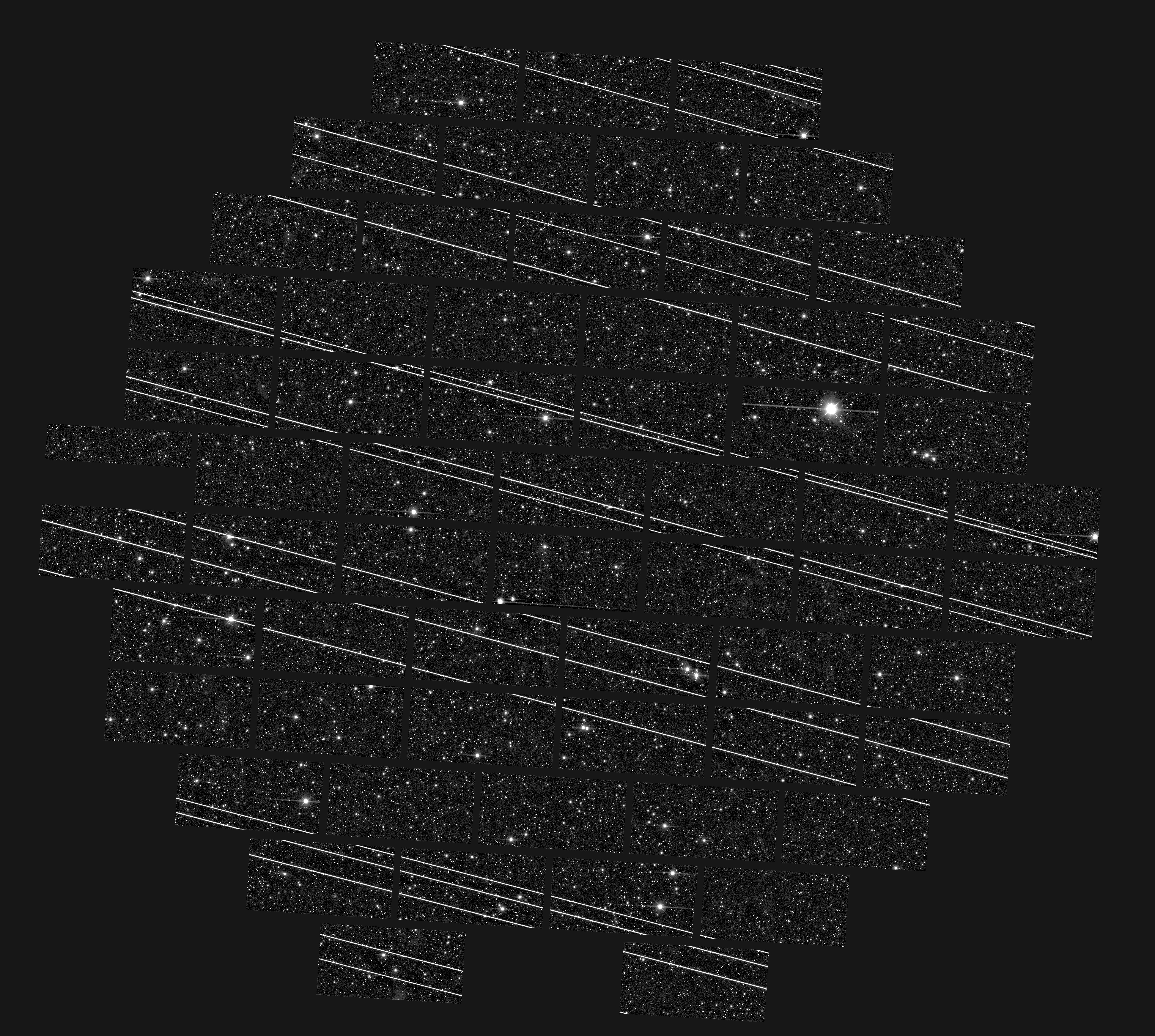 On November 18, CIERA Postdoctoral Fellow Cliff Johnson and his collaborator Clara Martínez-Vázquez were hoping to observe stars in a pair of nearby galaxies when a group of newly-launched Starlink satellites, a venture by SpaceX, flew through their field of view.

Cliff and Clara were using the Dark Energy Camera (DECam) on the four-meter Blanco telescope at the Cerro Tololo Inter-American Observatory (CTIO) in Chile. Clara is an astronomer at CTIO, while Cliff was observing remotely from Fermilab in Batavia, Illinois. The team are running a three-year survey called DECam Local Volume Exploration (DELVE) to observe nearby galaxies.

Cliff and Clara started tweeting about the oddity, and were later interviewed by several journalists. Proposed “megaconstellations” of satellites, like Starlink, have the potential to dramatically interfere with scientific astronomical observations being carried out by every major observatory worldwide. These constellations are being hotly debated as they are currently not well regulated, and could adversely impact the investments that have been made in major astronomical research facilities.