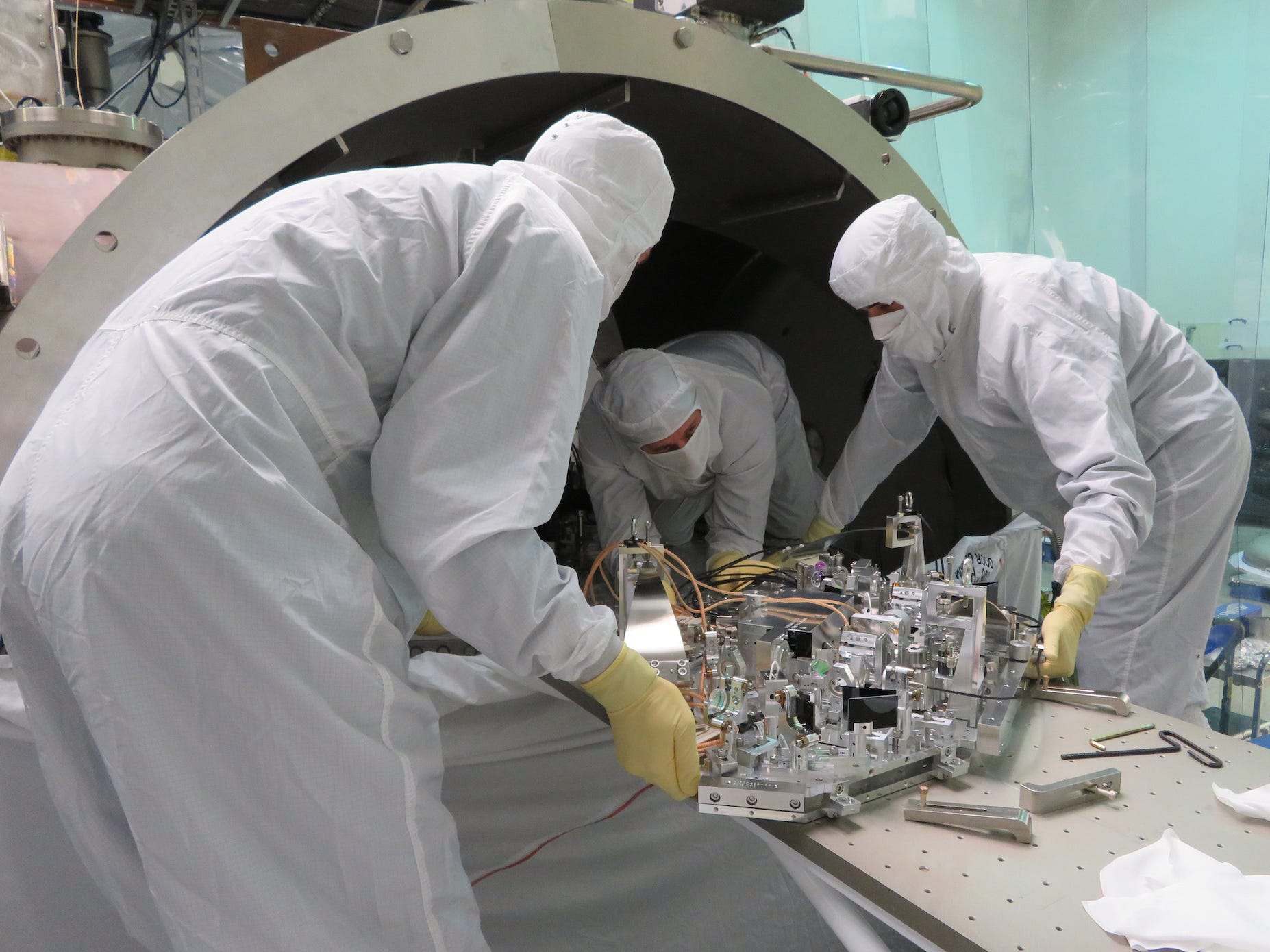 “That’s thanks to a new light-squeezing instrument that researchers installed in the experiment’s main machine: the Laser Interferometer Gravitational-Wave Observatory. Its Italian counterpart, Virgo, got a similar tool.

The instrument, called a quantum vacuum squeezer, is the latest in a series of upgrades to the gravitational-wave detectors, which are opening a new field of astronomy and changing how we understand the universe.

By squeezing photons on the quantum level, the instrument ensures the particles produce fewer tiny fluctuations, which reduces background noise and allows LIGO to sense gravitational waves from sources about 15% farther away. Such waves usually come from distant collisions between massive objects, like black holes and neutron stars, that bend space-time — a phenomenon first predicted by Albert Einstein.

Read the full Business Insider article, “An experiment that solved a 100-year-old mystery posed by Einstein just got up to 50% more powerful by squeezing light” by Morgan Mcfall-Johnsen.