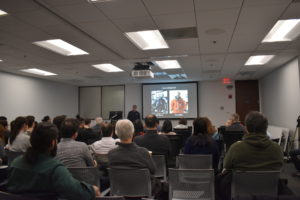 Dr. Jeremy Schnittman, research astrophysicist at the NASA Goddard Space Flight Center for 10 years, presented his talk Life on Miller’s Planet: The Habitability Zone Around Supermassive Black Holes on December 10 to an audience of about 50 people. Hosted by Professor Fred Rasio, Schnittman discussed determining factors to the habitability of a planet orbiting close to a giant, accreting black hole through the movie “Interstellar.”

In the science fiction movie “Interstellar” a team of intrepid astronauts set out to explore a system of planets orbiting a supermassive black hole named Gargantua, searching for a world that may be conducive to hosting human life. Kip Thorne served as the scientific advisor, making for a film that legitimately boasts a relatively high level of scientific accuracy. Still, Schnittman discussed how it was restricted by Hollywood sensitivities and limitations and the number of additional effects that may be important in determining the (un)inhabitable environment of a planet orbiting close to a black hole like Gargantua.

Through the lens of the popular movie, Schnitmman talked about the fascinating physics governing accretion, relativity, astrobiology, dark matter, and even gravitational waves.

CIERA Interdisciplinary Colloquia are talks that occur several times per year where prominent researchers connect astronomy to other disciplines. 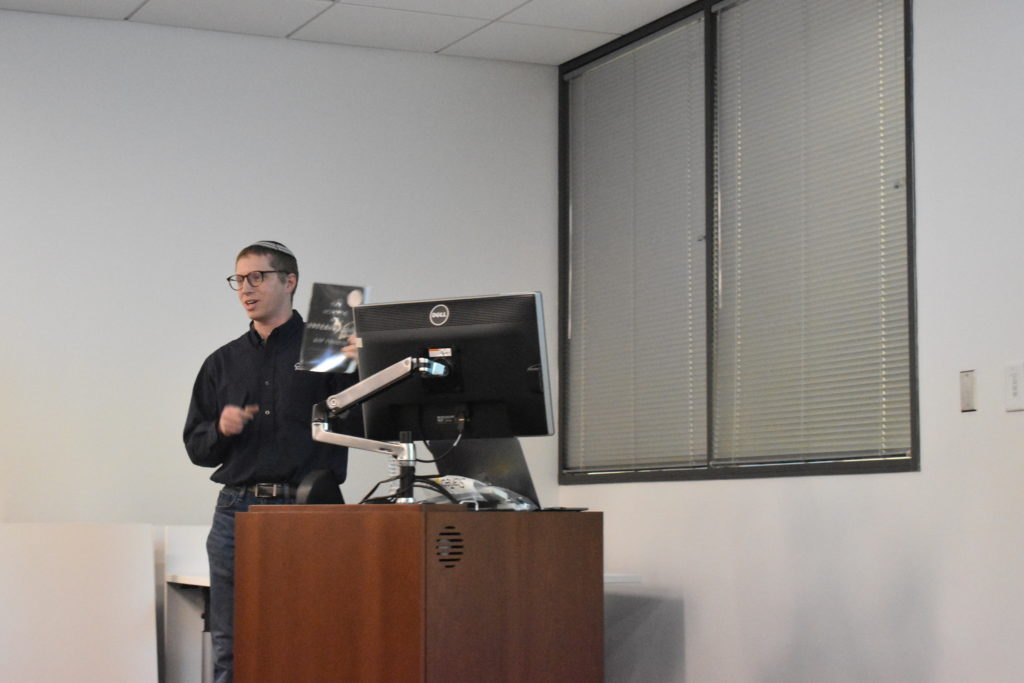 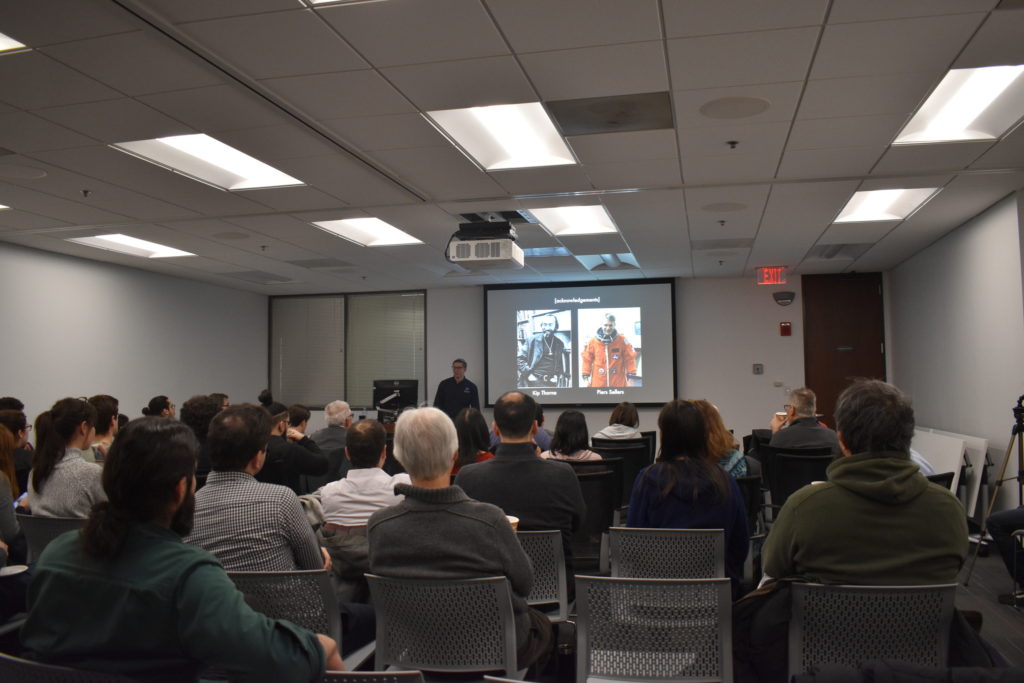 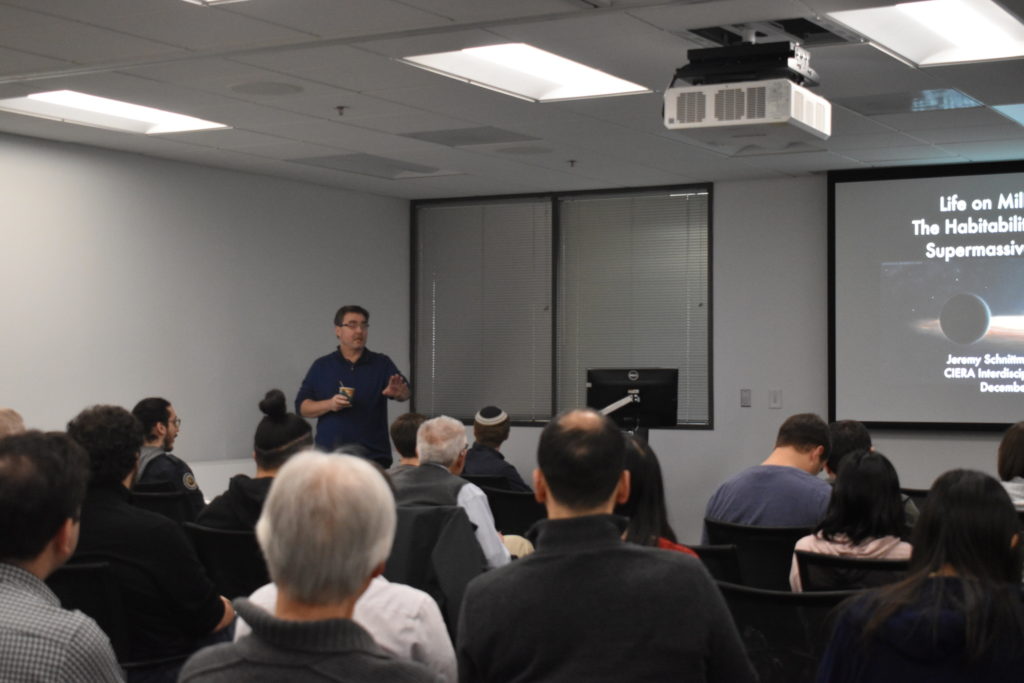