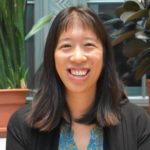 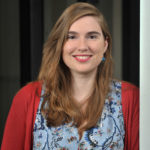 Kerry Paterson, First author of the study and CIERA Postdoc

The farther away an object lies in the universe, the fainter it appears through the lens of a telescope.

So when a Northwestern University-led team of astrophysicists detected an afterglow of a short gamma ray burst (SGRB) located 10 billion light years away, they were shocked. Afterglows, after all, are already incredibly faint and fast signals — sometimes lasting mere hours.

Known as SGRB181123B, the burst occurred just 3.8 billion years after the Big Bang. It is the second most-distant well-established SGRB ever detected and the most distant event with an optical afterglow.

“We certainly did not expect to discover a distant SGRB, as they are extremely rare and very faint,” said Northwestern’s Wen-fai Fong, a senior author of the study. “We perform ‘forensics’ with telescopes to understand its local environment, because what its home galaxy looks like can tell us a lot about the underlying physics of these systems.”

“We believe we are uncovering the tip of the iceberg in terms of distant SGRBs,” said Kerry Paterson, the study’s first author. “That motivates us to further study past events and intensely examine future ones.”

Continue to the full Northwestern News story by Amanda Morris, with downloadable images.

View the paper, “Discovery of the optical afterglow and host galaxy of short GRB181123B at z=1.754: Implications for Delay Time Distributions”

Round up of Media Mentions of CIERA/Northwestern