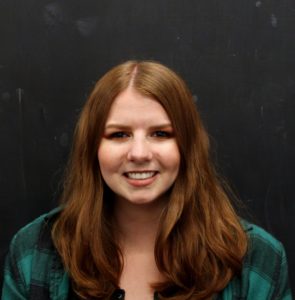 A group of CIERA astronomers used radio observations taken with the Karl G. Jansky Very Large Array in the New Mexico desert to constrain the maximum mass of neutron stars. They determined that short gamma ray bursts, which originate from the mergers of a neutron star pair, are unlikely to create highly magnetized neutron stars, known as magnetars. The study was led by CIERA graduate student Genevieve Schroeder, who is advised by Prof. Wen-fai Fong.

The group of researchers took and analyzed new radio observations, combined with data from previous surveys, and compared these observations to their new light curve models. In particular, they were searching for a predicted signal at radio frequencies which results from the interaction of material ejected from the neutron star merger with the surrounding interstellar medium. If a magnetar is created after the merger, the ejecta receives a ‘boost’ and the signals are predicted to be quite bright. However, they have never been seen before.

“We observed nine short gamma ray bursts that were relatively close to us — at a redshift of less 0.5, which is considered nearby when compared to the scale of the Universe,” said Schroeder. “We looked in the radio band to see if we could find any of this predicted magnetar emission, and we didn’t end up seeing anything.”  The existence or non-existence of the signal allows the team to explore the regime in which highly-magnetized, massive neutron stars can exist.

Their new light curve modeling importantly takes into account the relativistic velocities at which the shock is travelling, only achieved when the ejecta is boosted by the magnetar. Through this examination, they ruled out short gamma ray bursts as a likely progenitor in creating stable magnetars. Furthermore, they were able to place constraints on the maximum mass of cold, non-rotating neutron stars, estimating that neutron stars cannot exceed masses of around 2.2-2.4 solar masses.

Narrowing the allowed range of the mass of a neutron star is key to other research endeavors. For instance, gravitational wave observatories like LIGO are discovering compact objects merging within the mass gap range between the biggest neutron stars and the smallest black holes. Schroeder’s study is a complementary way to constrain where neutron stars can live on the mass scale.

Their findings are posted on arXiv, A Late-time Radio Survey of Short GRBs at z<0.5: New Constraints on the Remnants of Neutron Star Mergers and their paper has been accepted by the Astrophysical Journal. This work is funded by a NSF/NRAO Student Observing Support Grant (SOSP19B-00) and NSF grants AST-1814782  and AST-1909358.