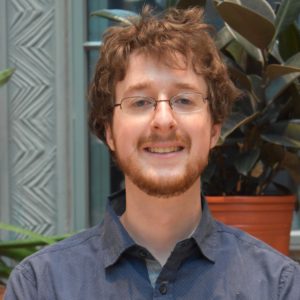 Northwestern professor Claude-André Faucher-Giguère and recent PhD graduate Zachary Hafen (now a postdoctoral fellow at the University of California, Irvine) are co-authors on a newly published study using the Hubble Space Telescope to probe the giant gaseous structures surrounding the nearby Andromeda galaxy. These giant gaseous halos, also known as the circumgalactic medium, are a focus of the theoretical studies of galaxy formation led in Prof. Faucher-Giguère’s group at Northwestern.

The Northwestern group’s simulations predict that galaxies should be surrounded by massive gaseous halos which are critical to explaining how galaxies evolve. For example, the simulations predict that these reservoirs of gas contain the fuel needed to sustain star formation in galaxies, as well as a record of outflows enriched by heavy elements produced by nuclear fusion in stars and supernovae. However, to date observations of the circumgalactic medium have been generally limited to a single spectroscopic sight line through the halos of any given galaxy, providing only fragmentary, 1D information.

The new study uses the unique capabilities of the Hubble Space Telescope and the particularly large size on the sky of the Andromeda galaxy to enable an unprecedented 3D view of Andromeda’s faint gaseous halo.

The Andromeda spiral, the nearest major galaxy to our Milky Way, can be seen as a small, fuzzy, spindle-shaped object in the autumn skies of the Northern Hemisphere. What can’t be seen because it is too faint is a vast halo of hot, rarified gas that would stretch out from the Andromeda galaxy to the width of three Big Dippers. Now, in the most comprehensive study of the monstrous halo, the astronomers have mapped this tenuous plasma, finding that it has a layered structure, with two distinct, nested shells of gas. They also found that it extends 1.3 million light-years from Andromeda—about halfway to our Milky Way—and as far as 2 million light-years in some directions. This reservoir of gas is full of clues to Andromeda’s past and future, and may offer insight into the evolution of our own Milky Way galaxy.

Through a program called Project AMIGA (Absorption Map of Ionized Gas in Andromeda), the study examined the light from 43 quasars—the very distant, brilliant cores of active galaxies powered by black holes—located far beyond Andromeda. The quasars are scattered behind the halo, allowing scientists to probe multiple regions. Looking through the halo at the quasars’ light, the team observed how this light is absorbed by the Andromeda halo and how that absorption changes in different regions. The immense Andromeda halo is made of very rarified and ionized gas that doesn’t emit radiation that is easily detectable. Therefore, tracing the absorption of light coming from a background source is a better way to probe this material.

“Overall, the new observations confirm the basic prediction of our simulations that galaxies are surrounded by large and complex gaseous halos, and that these halos are enriched by heavy elements produced by stars as galaxies aged,” says Prof. Faucher-Giguère. “But what’s new about these observations is that they are now sufficiently detailed to really push the models and point the way toward an improved theory.”

Northwestern-led Theoretical Studies that made Predictions for the Observations