The Low Spin of the Milky Way’s Supermassive Black Hole 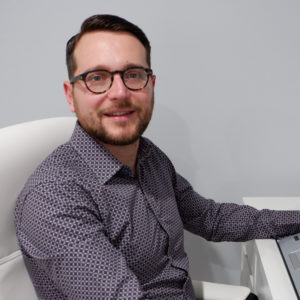 Researchers from CIERA and the Center for Astrophysics | Harvard & Smithsonian put a limit on the spin of the supermassive black hole in the center of the Milky Way. Published in the Astrophysical Journal Letters, their work shows that the black hole is spinning quite slowly.

Supermassive black holes like SgrA*, the black hole at the center of our galaxy, hold a great influence over the formation of the galaxy they inhabit. Determining that the spin of SgrA* is low will have major implications for research focused on imaging the black hole and indicates a low probability of a jet existing alongside it.

“If the black hole has a very low spin as we are concluding, then I think it also makes it very unlikely that it has a jet,” said Dr. Avi Loeb, Frank B. Baird Jr. Professor of Science at Harvard and CfA astronomer, and co-author on the research. “Maybe it’s pointed a certain way that we don’t see so clearly, but given that we don’t see it, and given the limit that we now derive, it’s very unlikely that the jet exists.”

Constraining the spin of a supermassive black hole isn’t simple. Considering that it is difficult to measure directly, the previous approach to measuring spin entailed building detailed and complex models used in comparison with observations, taking years to carefully develop.

Dr. Giacomo Fragione, co-author of the paper from CIERA, said that they used the orbits of 40 stars that were previously measured that lie closest to SgrA* to determine that the black hole at the center of our galaxy has a low spin. If the black hole was rapidly rotating, the effect of this rubbing rotation would have been reflected onto the orbits of the stars through a phenomenon known as the Lense–Thirring effect.

He said that they found their results within a matter of weeks from their original realization that they could use nearby stars to constrain the spin of the black hole.

“These are the kinds of works I like,” said Dr. Fragione. “Using a simple, physical intuition and simple equations that are very clear, that are very simple to interpret, you have the best results.”

Dr. Loeb said they found the right idea at the right time.

“Some people want you to sweat in order to demonstrate that you’re a good scientist, science is not about the sweat, how much sweat you put into [the paper], how long the paper is,” said Dr. Loeb. “That doesn’t define the quality of the science that you do. What defines the quality is the significance of the results, finding the truth, and understanding things that we haven’t understood before.”

This work was supported in part by a CIERA Fellowship at Northwestern University, and Harvard’s Black Hole Initiative, which is funded by grants from the John Templeton Foundation and the Gordon and Betty Moore Foundation.