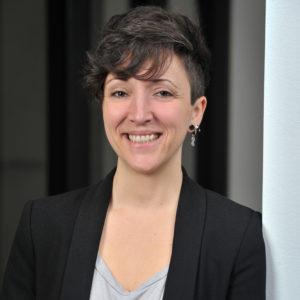 Astronomers have long since questioned the nature of the universe and the origin of many compelling extraterrestrial phenomena, GRBs being one of them. GRBs, or Gamma-Ray Bursts, are very violent cosmological explosions that indicate either the collapse and death of a massive star or the collision of two neutron stars in a merger event. Furthermore, these events are typically categorized as either long or short. Short GRBs, which last for two seconds or less, usually signify two neutron stars colliding. On the other hand, long GRBs, which usually last more than two seconds, signify the deaths of massive stars.

In a paper by Alicia Rouco Escorial et al. (2021), one particular GRB event (GRB 180418A) takes center stage due to its unusual characteristics. This particular GRB, which was detected by NASA’s Swift and FERMI telescopes in April of 2018, was recorded as having a duration of 1.9 and 2.3 seconds, respectively. Conventional classification would place this burst within the grey area between long and short events, leaning more towards being a short-type GRB. Even with follow-up observations performed in the X-ray band to observe its behavior, the distinction between long and short events remained unclear. The afterglow of a GRB—or the radiation that is emitted following the burst—can be observed in order to examine the nature of the event. Typically, the X-ray afterglows of short GRBs fade after a few days; however, in follow-up observations of the afterglow of GRB 180418A obtained by Chandra X-ray observatory, CIERA astronomers from the Fong group found that it could be detected up to 39 days, an unprecedented X-ray afterglow duration for a potentially short GRB.

In addition to previous observations of the GRB, astronomers from the Fong group obtained new optical data, ran other tests and made calculations—such as those of the redshift range and jet angle—in an attempt to accurately classify GRB 180418A. While the exact classification of the GRB based on duration treads a fine line between long and short events, important information can still be drawn from its multi-band observations nonetheless: if this event is indeed a short GRB that occurred as a result of a neutron star merger, it is one of the brightest events in the history of short GRBs. By studying the nature of GRBs like this, astronomers can continue to learn new information that helps model the environment and mechanisms of these explosions.