Stunning simulation of stars being born is most realistic ever 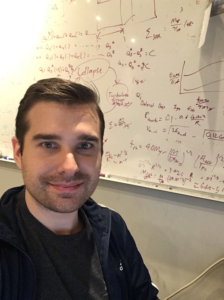 A team including Northwestern University astrophysicists has developed the most realistic, highest-resolution 3D simulation of star formation to date. The result is a visually stunning, mathematically-driven marvel that allows viewers to float around a colorful gas cloud in 3D space while watching twinkling stars emerge.

Called STARFORGE (Star Formation in Gaseous Environments), the computational framework is the first to simulate an entire gas cloud — 100 times more massive than previously possible and full of vibrant colors — where stars are born.

It also is the first simulation to simultaneously model star formation, evolution and dynamics while accounting for stellar feedback, including jets, radiation, wind and nearby supernovae activity. While other simulations have incorporated individual types of stellar feedback, STARFORGE puts them altogether to simulate how these various processes interact to affect star formation.

Using this beautiful virtual laboratory, the researchers aim to explore longstanding questions, including why star formation is slow and inefficient, what determines a star’s mass and why stars tend to form in clusters.

This is a movie of the first numerical simulation of star formation in a massive (20,000 solar mass) giant molecular cloud with individual star formation and a comprehensive treatment of feedback, from protostellar jets, radiation in 5 frequency bands, stellar winds, and core-collapse supernovae. This makes it the first full STARFORGE simulation. This particular cloud has been nicknamed the “Anvil of Creation”.

Visit http://starforge.space to see more movies or learn more about the STARFORGE project.