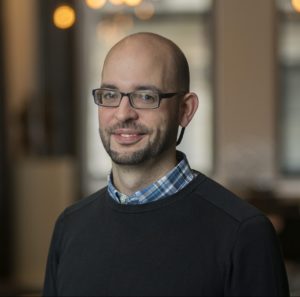 Galaxies’ spiral arms are responsible for scooping up gas to feed to their central supermassive black holes, according to a new high-powered simulation.

The simulation also gives rare insight into the mysterious nature of quasars, which are incredibly luminous, fast-growing black holes. Some of the brightest objects in the universe, quasars often even outshine entire galaxies.

“The light we observe from distant quasars is powered as gas falls into supermassive black holes and gets heated up in the process,” said Northwestern’s Claude-André Faucher-Giguère, one of the study’s senior authors. “Our simulations show that galaxy structures, such as spiral arms, use gravitational forces to ‘put the brakes on’ gas that would otherwise orbit galaxy centers forever. This breaking mechanism enables the gas to instead fall into black holes and the gravitational brakes, or torques, are strong enough to explain the quasars that we observe.”

Faucher-Giguère is an associate professor of physics and astronomy at Northwestern’s Weinberg College of Arts and Sciences and a member of the Center for Interdisciplinary Exploration and Research in Astrophysics (CIERA). Daniel Anglés-Alcázar, an assistant professor at the University of Connecticut and former CIERA fellow in Faucher-Giguère’s group, is the paper’s first author.