Mike Grudić and Henry Lane: This visualization shows the evolving distribution of gas in a simulation of a turbulent, magnetized molecular cloud at different points in time. 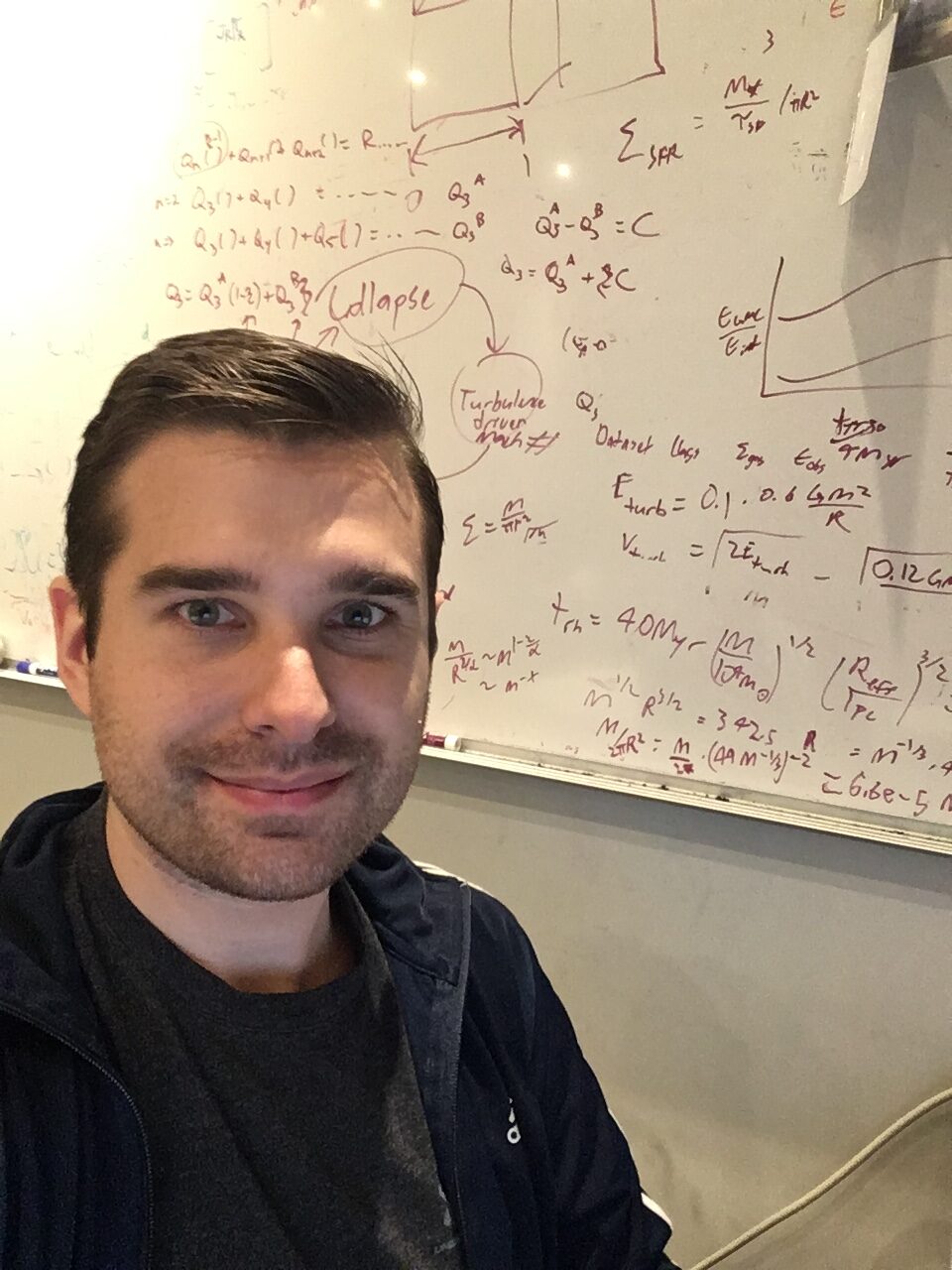 Henry Lane never imagined he’d be a published scientist before graduating high school, but thanks to the help of astronomers Mike Grudić (CIERA Postdoctoral Fellow 2019-2021) and Associate Prof. Claude-André Faucher-Giguère, Henry’s professional research paper Less wrong: a more realistic initial condition for simulations of turbulent  molecular clouds has recently been published in the Monthly Notices of the Royal Astronomical Society.

“It would be an understatement to say that this collaborative project has had a massively positive effect on my development as a scientist and researcher,” said Henry, who is now a senior at Pennsbury High School in Fairless Hills, Pennsylvania. 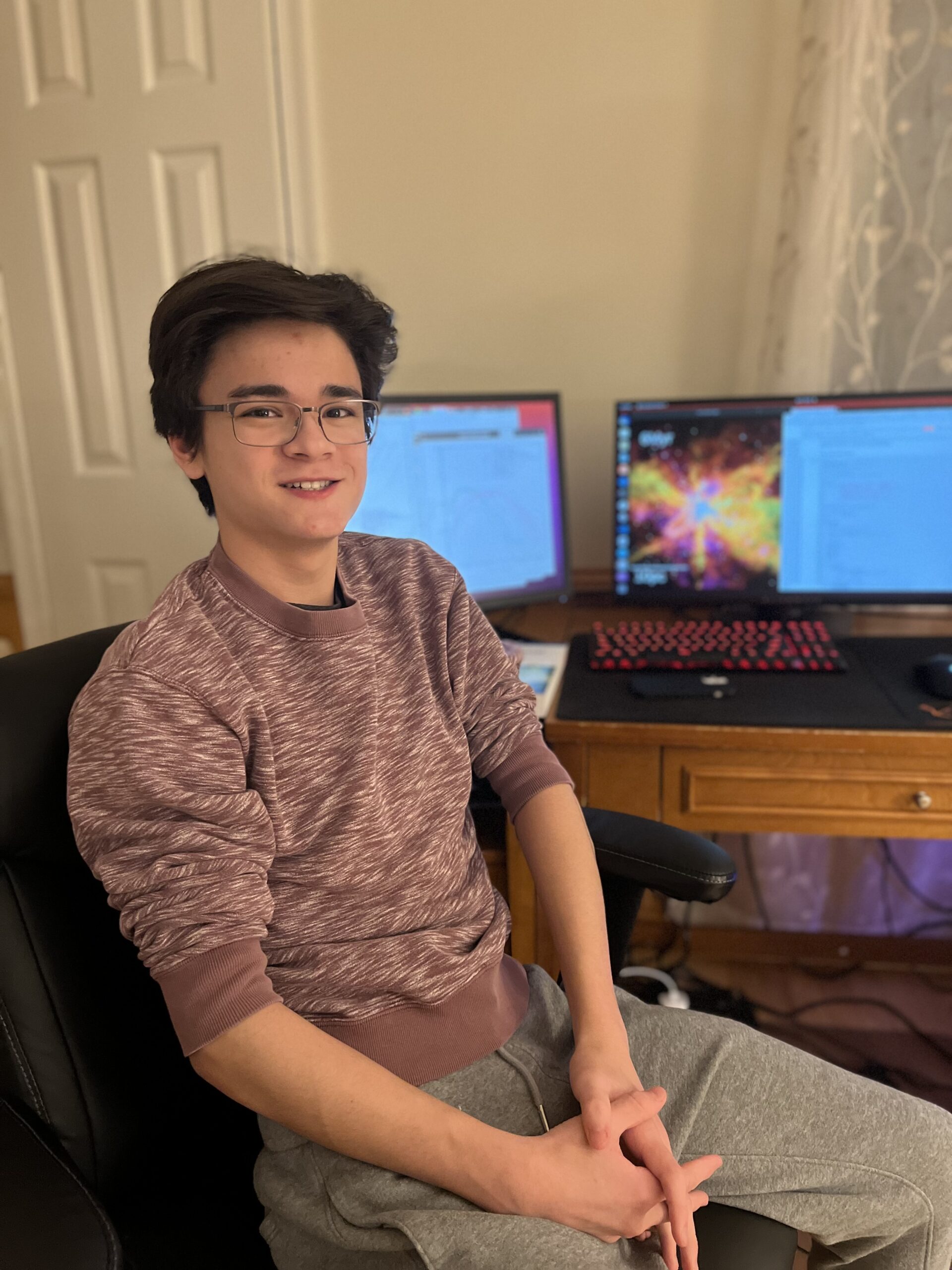 “When I set out on a journey to enter the research world, I had dreamed of publishing a paper but considered it a highly unlikely possibility. I’m incredibly excited that this dream was realized.”

After independently learning how to compile GIZMO code, generate initial conditions, and run star formation simulations, all in the absence of extensive resources, Henry reached out to Mike Grudić, his primary mentor in this project, as well as Mike’s collaborator, David Guszejnov, a Postdoctoral Fellow at The University of Texas at Austin, both of whom co-founded The STARFORGE Project, a multi-institution initiative to develop a realistic simulation of a star-forming gas cloud.

“He made a good impression, and we were very impressed with his progress, so we ended up inviting him to join our collaboration, eventually pursuing a project under my mentorship,” said Mike, who funded Henry with his CIERA Fellowship research funds. “It was a lot of fun bouncing ideas off each other and watching his skills and problem solving get more advanced over time.”

This project also served as Henry’s first venture into high-level research, with general meetings among STARFORGE members to discuss the developments of the project in addition to learning new skills. “Mike and David had an incredible amount of patience as they taught me the basics of data science and the research process,” said Henry. “They would have me work through basic examples to learn key aspects of running the GIZMO simulation code, extracting and transforming simulation data, and generating movies and graphs for visualization.”

Once all the simulations were finalized and data collected, Mike laid the foundations for the paper, encouraging Henry to take the lead in the writing process.

“The actual paper writing started with us laying out a scaffold of which figures should go where, which paragraphs should say what, etc, for Henry to fill out as he went along,” said Mike. “I thought that structure was important because I had trouble starting with a blank slate when I wrote my first paper as a student, not really knowing how a paper should flow yet.” The paper, which details a new initial condition method for simulating star formation in giant molecular clouds by stirring gas into a state of fully developed turbulence, was compiled entirely in pandemic conditions. Henry credits the cancellation of many in-school activities for allowing him more time to focus on this project, with Mike adding, “All of our computing took place at the Texas Advanced Computing Center, which we are logging into remotely anyway. 80% of our discussion and collaboration took place on our Slack channel, and the other 20% over Zoom, which was how we were already working as a multi-institution group.”

In addition to his Monthly Notices of the Royal Astronomical Society publication, Henry recently gave a professional talk on his work at an International Astronomical Union meeting, concluding “I felt that the system of collaboration and mentorship which developed struck the perfect balance that provided both a sense of autonomy and guidance … I could have never gotten half as far as I did without the wonderful team at the STARFORGE collaboration.”

Check out the visualization in animated format here: animated version