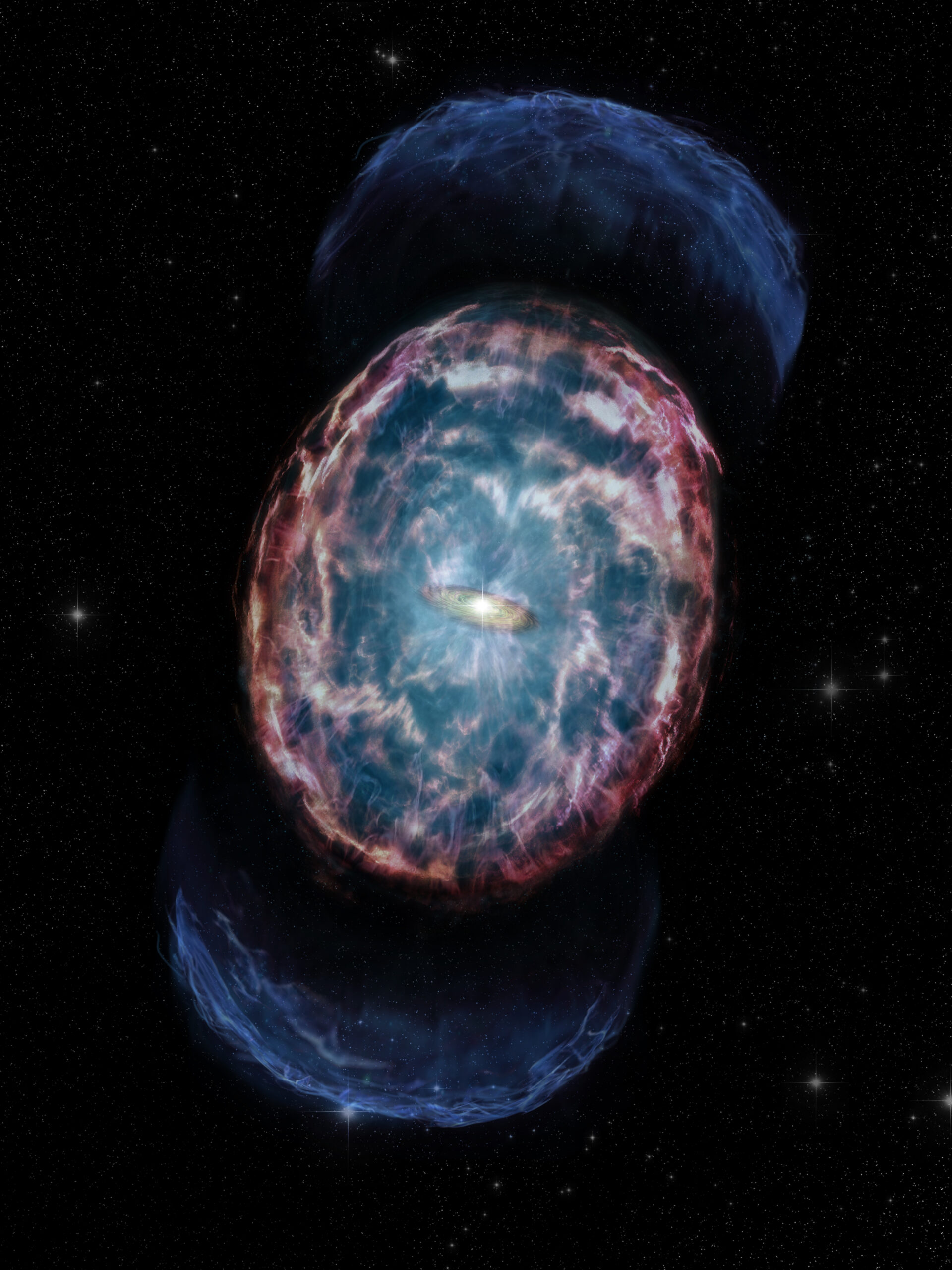 An artist’s conception illustrates the aftermath of a “kilonova,” a powerful event that happens when two neutron stars merge. Credit: NASA/CXC/M. Weiss

For the first time, Northwestern University-led astronomers may have detected an afterglow from a kilonova.

A kilonova occurs when two neutron stars — some of the densest objects in the universe — merge to create a blast 1,000 brighter than a classical nova. In this case, the merger event, dubbed GW170817, also generated mysterious and consistently bright X-ray emissions.

As the leading explanation for the X-ray’s source, astrophysicists believe expanding debris from the merger generated a shock — similar to the sonic boom from a supersonic plane. This shock then heated surrounding materials, which generated X-ray emissions as an afterglow. An alternative explanation is materials falling toward a black hole — formed from the neutron star merger — caused the X-rays.

Either scenario would be a first for the field. The study was published today (Feb. 28), in The Astrophysical Journal Letters. 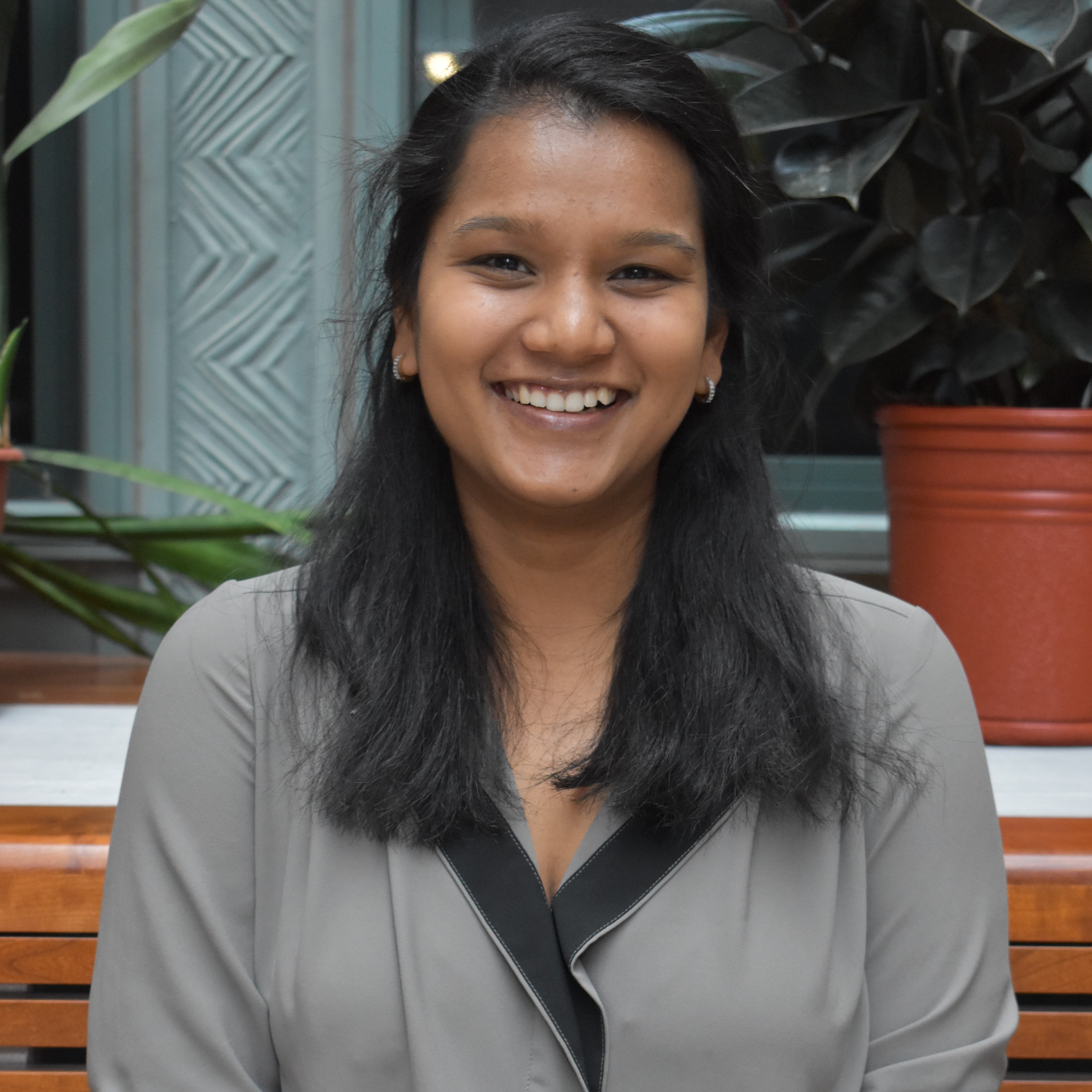 “We have entered uncharted territory here in studying the aftermath of a neutron star merger,” said Northwestern’s Aprajita Hajela, who led the new study. “We are looking at something new and extraordinary for the very first time. This gives us an opportunity to study and understand new physical processes, which have not before been observed.”

Hajela is a graduate student at Northwestern’s Center for Interdisciplinary Exploration and Research in Astrophysics (CIERA) and in the Department of Physics and Astronomy in the Weinberg College of Arts and Sciences.

On Aug. 17, 2017, GW170817 made history as the first neutron-star merger detected by both gravitational waves and electromagnetic radiation (or light). Since then, astronomers have been using telescopes around the world and in space to study the event across the electromagnetic spectrum.

Using NASA’s Chandra X-ray Observatory, astronomers observed X-ray emissions from a jet of high-energy particles produced by the neutron-star merger. Starting in early 2018, the jet’s X-ray emission steadily faded as the jet continued to slow and expand. Hajela and her team then noticed from March 2020 until the end of 2020, the decline in brightness stopped, and the X-ray emission was approximately constant in brightness.