A team including researchers from Stony Brook University, the Perimeter Institute, and Northwestern University published new research this week in Nature Communications that demonstrates how the upcoming Vera Rubin Observatory’s Legacy Survey of Space and Time (LSST) can probe a new regime of physics and may provide some answers in the search for dark matter. 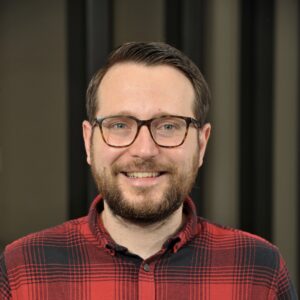 “We are fortunate to witness the dawn of a new era, where an unprecedented amount of quality data allows us to access and tackle questions that have remained unsolved for decades. This is the case of the upcoming data that will be collected by the Vera Rubin Observatory, which will help us constrain new physics and possibly dark matter,” said Giacomo Fragione, a study co-author. Fragione is a research assistant professor in Northwestern’s Center for Interdisciplinary Exploration and Research in Astrophysics (CIERA).

Stars that pass close to the supermassive black holes located in the center of galaxies can be disrupted by the black hole’s gravity, leading to flares that are observed as bright flashes in sky surveys. The frequency at which these events occur depends on the black hole mass and spin, which can be affected by the unknown physics of dark matter.

“We have strong evidence from cosmological observations and fascinating theoretical arguments that point towards the existence of yet-undiscovered particles, with experiments from high-energy colliders to astrophysical observatories trying to find them,” said Daniel Egaña-Ugrinovic, a postdoctoral researcher at Perimeter Institute and the study’s lead author. “As thousands and thousands of stars fall into black holes at ginormous distances from Earth, they produce flashes of light that the Vera Rubin Observatory will allow us to see. Perhaps unexpectedly, we could end up locating these new particles by looking at beautiful flares in the sky!”

Astrophysical observations have long suggested that nature includes large amounts of unseen dark matter. Some of these new dark matter particles may be ultra-light bosons, a type of particle that would interact very weakly with ordinary matter and thus be challenging to detect.

For Journalists: view the news release for media contacts