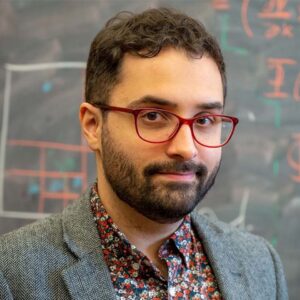 Carl Rodriguez, CIERA Physics PhD Alum (2016), was selected as a 2022 Packard Fellow for Science and Engineering, an honor presented to early-career faculty pursuing new areas of research. Established in 1988 by David Packard, co-founder of the Hewlett-Packard Company, in recognition of the company’s success being “derived in large measure from research and development in university laboratories”, this fellowship was inspired by Packard’s commitment to “strengthening university-based science and engineering programs in the United States”.

“Stars are not fixed on the night sky; they move under the gravitational pull of every other object in the Universe. The Rodriguez Group works to computationally model how these collective forces conspire to create the Universe we see, from the structure of binary stars, stellar clusters, and galaxies, to the violent explosions and gravitational waves unleashed by colliding neutron stars and black holes.”