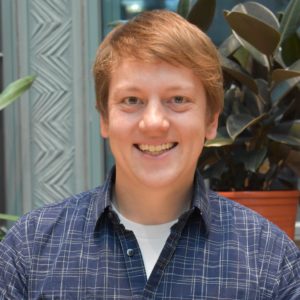 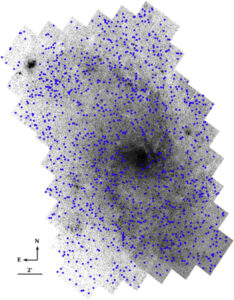 Zooniverse, the world’s largest people-powered research platform, allows volunteers with no specialized background or expertise to assist professional researchers with real, measurable projects that eventually lead to published papers, open-source data sets, and unexpected discoveries. The Local Group Cluster Search launched on Zooniverse in 2019 and has completed its search for star clusters, collections of hundreds to millions of stars formed from the same interstellar cloud, for two sets of images: Hubble Space Telescope images of the Triangulum galaxy, and Dark Energy Camera images of the Small Magellanic Cloud (SMC) from the Blanco 4-meter Telescope at the Cerro Tololo Inter-American Observatory.

In total, Local Group Cluster Search volunteers have submitted over 830,000 image classifications. These classifications offer deepened insight into how stars form and evolve, as well as a broadened understanding of the formation history and growth of surrounding galaxies. In particular, star cluster research enabled by citizen science has led to the important conclusion that the most massive star clusters only emerge from the most active star-forming environments, as shown in publications by Dr. Johnson (Johnson et al. 2017) and a former CIERA REU mentee, Tobin Wainer (Wainer et al. 2022).

This research will continue as the Local Group Cluster Search prepares to relaunch with two new datasets: DECam images of the Large Magellanic Cloud from the DELVE and SMASH surveys, and Hubble Space Telescope images from the Andromeda Galaxy from the PHAT survey – a sequel to previous work by Dr. Johnson as part of the Zooniverse’s precursor Andromeda Project (Johnson et al. 2015).

Congratulations to Cliff, his team, and all citizen scientists who have contributed to this project!