On December 31, 2022, Professor Dave Meyer, co-founding Director of CIERA, retired after 35 years at Northwestern. Dave joined the Northwestern Physics and Astronomy Faculty in 1987 after earning a PhD in astronomy from the University of California Los Angeles (UCLA) and conducting postdoctoral research as a McCormick Fellow at the University of Chicago’s Enrico Fermi Institute.

In addition to co-founding Director of CIERA, Professor Meyer served as the Chair of the Department of Physics and Astronomy, and as Director of the Dearborn Observatory.

Professor Meyer’s research focuses on the application of sensitive spectroscopic techniques to astrophysical problems involving interstellar and extragalactic gas clouds. Utilizing a variety of ground-based and space-based telescopes, he studies the optical and ultraviolet spectra of stars and quasars in order to better understand the composition, structure, and physical conditions of intervening clouds in the Milky Way and other galaxies. Over the past 30 years, much of his research has involved space telescopes in general and the Hubble Space Telescope in particular, as well as the Kitt Peak telescopes in Arizona. 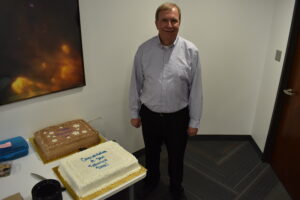 During his time educating at Northwestern, Professor Meyer specialized in designing and teaching introductory undergraduate courses in astronomy, cosmology, and astrobiology for non-science majors. A hallmark of his lectures is the utilization of Hubble images to bring the latest research into the introductory classroom. His success in such efforts has led to a number of teaching awards. In 2009, Professor Meyer was recognized with Northwestern’s highest teaching honor – the Charles Deering McCormick Professorship of Teaching Excellence. Previous honors include the Koldyke Outstanding Teaching Professorship (2002), the Weinberg Distinguished Teaching Award (1999), and the Northwestern Alumni Excellence in Teaching Award (1998). As part of his public outreach efforts, Professor Meyer has developed three video courses for the Teaching Company (the Great Courses) entitled “Experiencing Hubble: Understanding the Greatest Images of the Universe” (2011), “A Visual Guide to the Universe” (2014), and “Experiencing Hubble: Exploring the Milky Way” (2020). 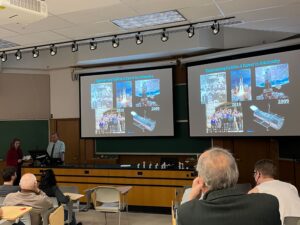 On December 2, introduced by CIERA Director Vicky Kalogera, Meyer presented “Experiencing Hubble: A Career in Astronomy”, a celebration of his journey in physics and astronomy, with a particular focus on his work with the Hubble Space Telescope. As Professor Emeritus, Meyer plans to continue researching the cosmos, and has expressed his plans to analyze the massive amount of unstudied data he has collected over the course of his career.

Congratulations to Dave on his retirement! CIERA wishes him all the best in his future endeavors.