In late 2015, LIGO discovered gravitational waves emitted by two black holes (each with a mass of about 30 times that of our Sun) that spiraled together and merged about 1.5 billion years ago. Astrophysicists are now debating which is the most likely mechanism that can bring two black holes like those observed so close together. One important open question is: are the black holes born together, or do they find each other later in life? This image depicts the latter scenario, where multiple black holes are found within the heart of a dense globular star cluster (which contains hundreds of black holes and nearly a million luminous stars, simulated on a computer and observed here at an age of 2 billion years). During the very close gravitational encounter shown in this image, three black holes and one normal luminous star are engaged in a gravitational dance. One black hole and the normal star will eventually be flung out, leaving two black holes bound together in a very tight binary configuration. This black hole – black hole binary will later spiral together and merge, releasing gravitational waves similar to those observed with LIGO. Close encounters such as the one shown here are believed to happen frequently in globular clusters. In the image, the very strong gravity near the black holes bends the (normally straight) paths taken by the light emitted from the luminous stars, a phenomenon often called “gravitational lensing”. Without the black holes, the viewer, who sits at the center of the globular cluster, would see a bright nearby blue-ish star straight ahead with a nearly uniform field of smaller, more distant, stars in all directions. 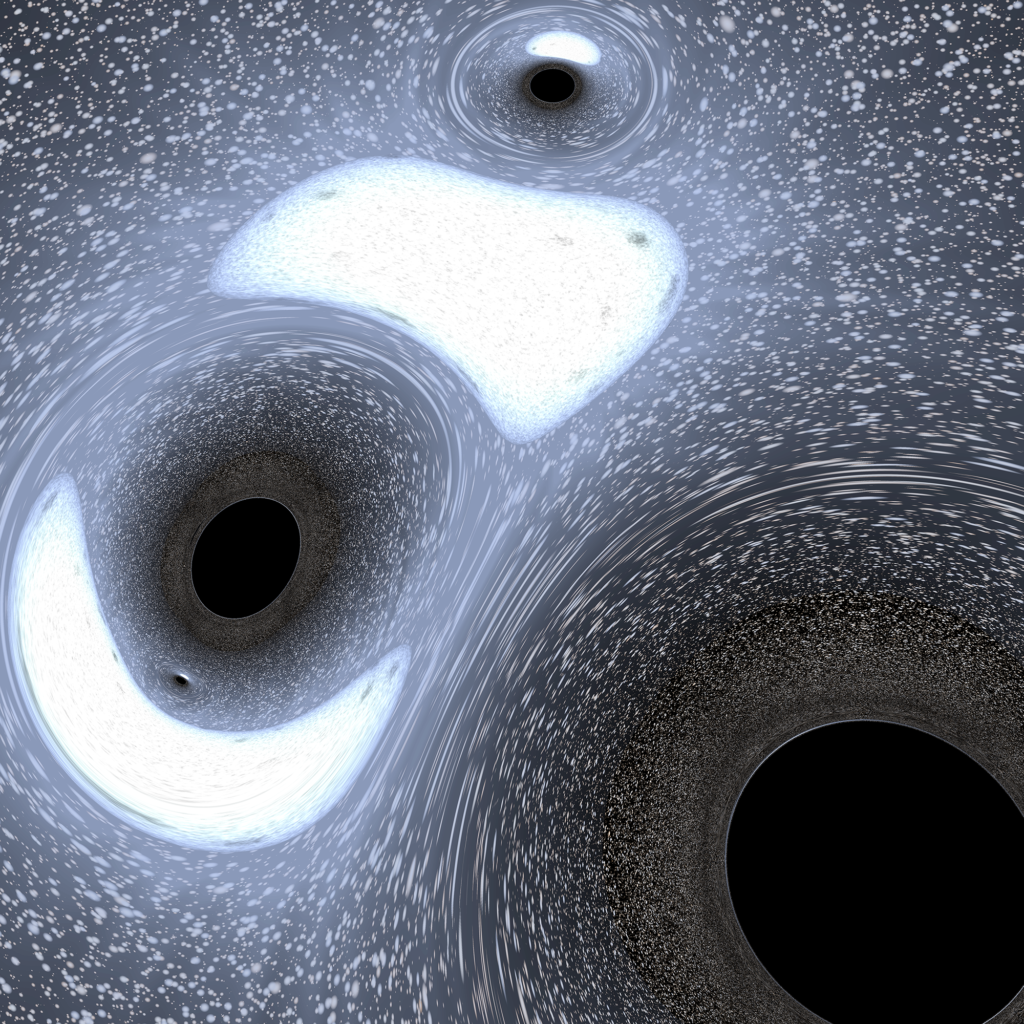