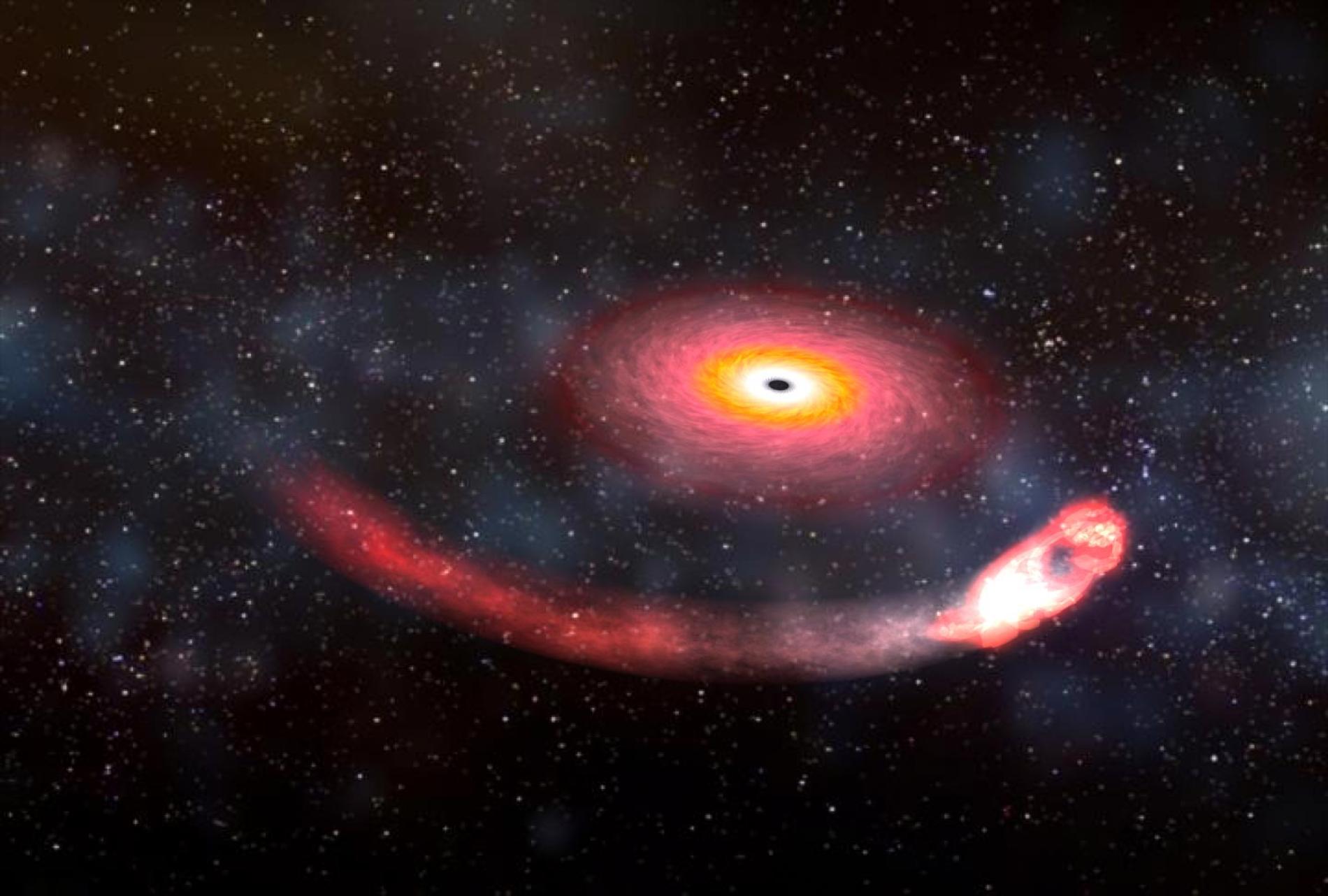 “Some 900 million years ago, a black hole released a terrible belch that echoed through the cosmos. On August 14, the resulting ripples in the fabric of spacetime passed through Earth—giving us the best evidence yet of a never-before-seen type of cosmic collision that could offer new insights on how the universe works.

The detection, called S190814bv, was likely triggered by the merger of a black hole and a neutron star, the ultra-dense leftovers of an exploded star. Though astronomers have long expected such binary systems to exist, they’ve never been seen by telescopes scanning the heavens for different wavelengths of light. (See the first image of a black hole’s silhouette, made using a gigantic array of radio telescopes.)

However, astronomers also expect such systems to create ripples known as gravitational waves if and when the black hole and neutron star merge. These spacetime ripples were predicted more than a century ago by Einstein’s general theory of relativity, which suggested that the collision of two extremely massive bodies would cause the very fabric of the universe to wrinkle.

Gravitational waves were detected for the first time in 2015, when the LIGO observatory picked up the signal of two black holes becoming one. Since then, LIGO and its European counterpart, the Virgo observatory, have detected additional black hole mergers, as well as the collision of two neutron stars. LIGO and Virgo both detected S190814bv, and if it is in fact a neutron star-black hole merger, it’d be the third distinct kind of collision picked up with gravitational waves.

Though detectors also picked up signs of a neutron star-black hole merger on April 26, researchers say that S190814bv is far more compelling. The April event has a one-in-seven chance of being noise from Earth, and false alarms akin to the April signal are expected to pop up once every 20 months. But S190814bv almost certainly came from beyond our planet, and to see a false alarm resembling S190814bv, the LIGO team estimates that you’d have to wait longer than the age of the universe.

‘This is something to get much more excited about,’ says LIGO team member Christopher Berry, a physicist at Northwestern University. ‘It’s much more likely to turn up a real one, so that means it’s worth investing more time and effort.'”