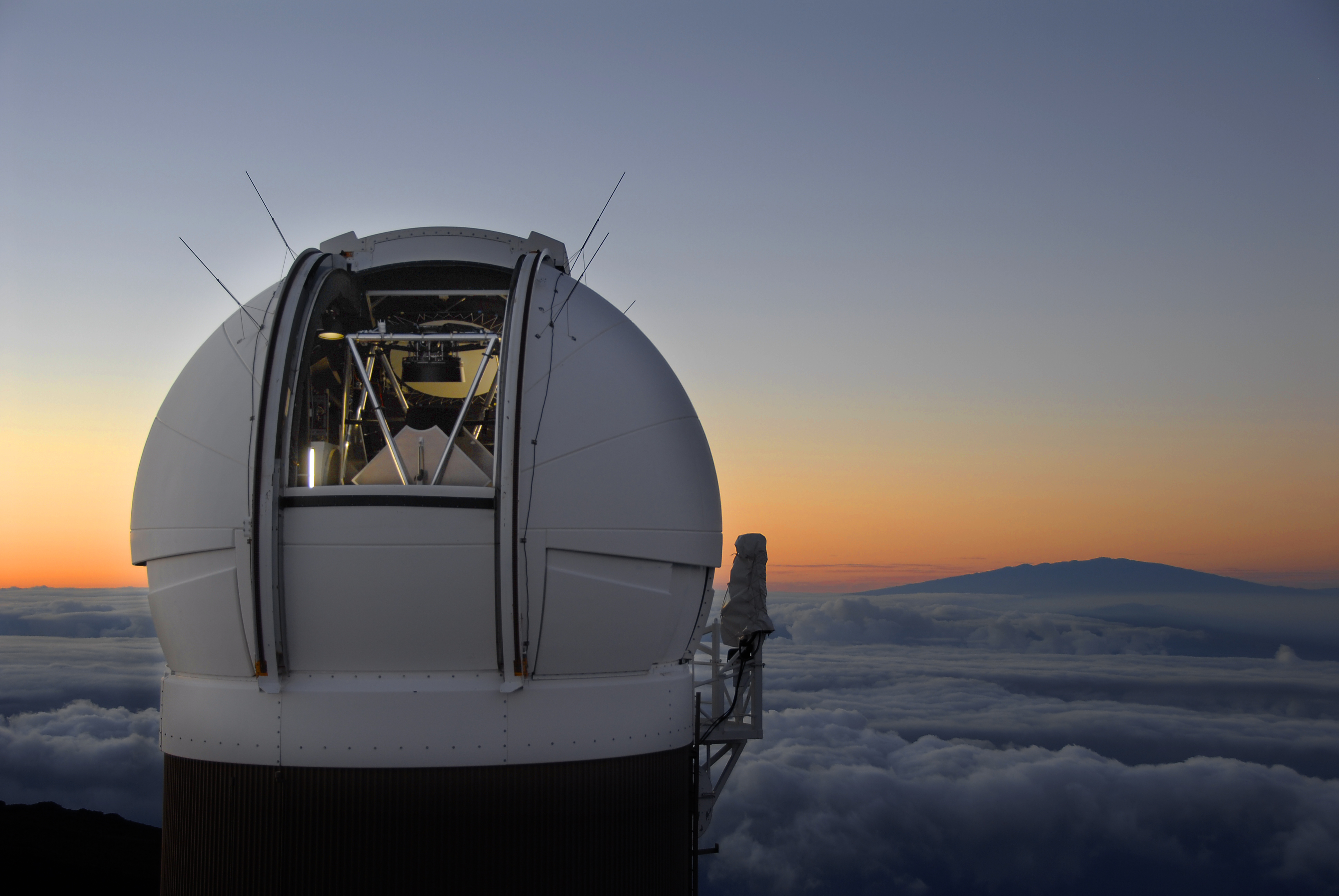 The Northwestern-based YSE team is excited to announce the start of the Young Supernova Experiment, a new transient discovery survey using the Pan-STARRS1 and Pan-STARRS2 telescopes. This survey uses the large, 7-square degree field of view of the Pan-STARRS telescopes in Hawaii to identify new stellar explosions, stellar disruptions by supermassive black holes, and other cosmic transients.

The survey design is optimized to discover new transients at a very young stage of evolution, potentially as early as a few hours after explosion. “This is an almost pristine territory of investigation that YSE will open up to discovery and systematic exploration,” says Raffaella Margutti, assistant professor of physics and astronomy, leader of the Northwestern-based YSE team.

CIERA Director Vicky Kalogera remarks, “I am delighted to see this initiative by Prof. Margutti come to successful fruition with Northwestern in a leadership position. It is a critical addition aligned with Northwestern’s investment in the top operating telescopes at present (Keck and MMT telescopes on Hawaii and Arizona) and I am sure discoveries by the YSE team will further advance our impact in high-visibility astronomy research.”

YSE is a new international collaboration between principal investigators (PIs) Margutti (Northwestern), Drout (U Toronto) and DARK (U Copenhagen; PIs Hjorth and Ramirez-Ruiz), UC Santa Cruz (PIs Foley and Ramirez-Ruiz), U Illinois (PIs French and Narayan). Within the collaboration, Northwestern investigators play the crucial role of “sniffing” the daily inflow of data and enable discoveries.

View the formal announcement of the survey on Astronomer’s Telegram.

“Being the first to look at new transient events, each carrying the potential of a cutting-edge discovery, is a uniquely thrilling experience for a graduate student.” -David Matthews

“YSE is an innovative resource in the discovery of extremely young core-collapse supernovae and will allow us to probe the final moments of stellar instability prior to collapse.” -Wynn Jacobson-Galán

“This campaign is an exhilarating opportunity to purposefully capture what astronomers are lucky to find only by accident- the early signatures of core-collapse supernovae. This will provide invaluable insight to my favorite space mystery, the formation of compact objects!” -Lindsay DeMarchi

“With YSE we can now (for the first time) routinely get multi-wavelength observations of transients while they are still very young, which is key to understanding the extreme physics of these objects.” – Deanne Coppejans

“YSE brings us the opportunity to efficiently populate the phase space of Gamma Ray Bursts (GRBs) or similarly collimated phenomenon by identifying the ‘orphan’ afterglows of the events which would otherwise be missed if the jets are pointing away from us.” – Aprajita Hajela

YSE observes with a three-day cadence in combinations of g, r, and i bands during dark/grey time, and combinations of r, i, and z bands during bright time. We observe in two bands per epoch with exposure times of 27s per band and a limiting magnitude during dark time of approximately 21.5. The survey began on November 24, 2019 with an initial survey area of approximately 80 degrees per night for a total survey area of 250 square degrees every three nights, and this area will increase to approximately 1500 square degrees in the coming weeks.

Data are processed with the IPP difference imaging pipeline at the IfA in Hawaii (Magnier et al., 2016, arXiv:1612.05240) and the Transient Science Server at Queen’s University Belfast, the same pipeline used for the Pan-STARRS Survey for Transients (Huber et al., 2015, ATel #7153). New transient discoveries will be publicly released via the Transient Name Server and will be cross-matched with previously discovered transients.