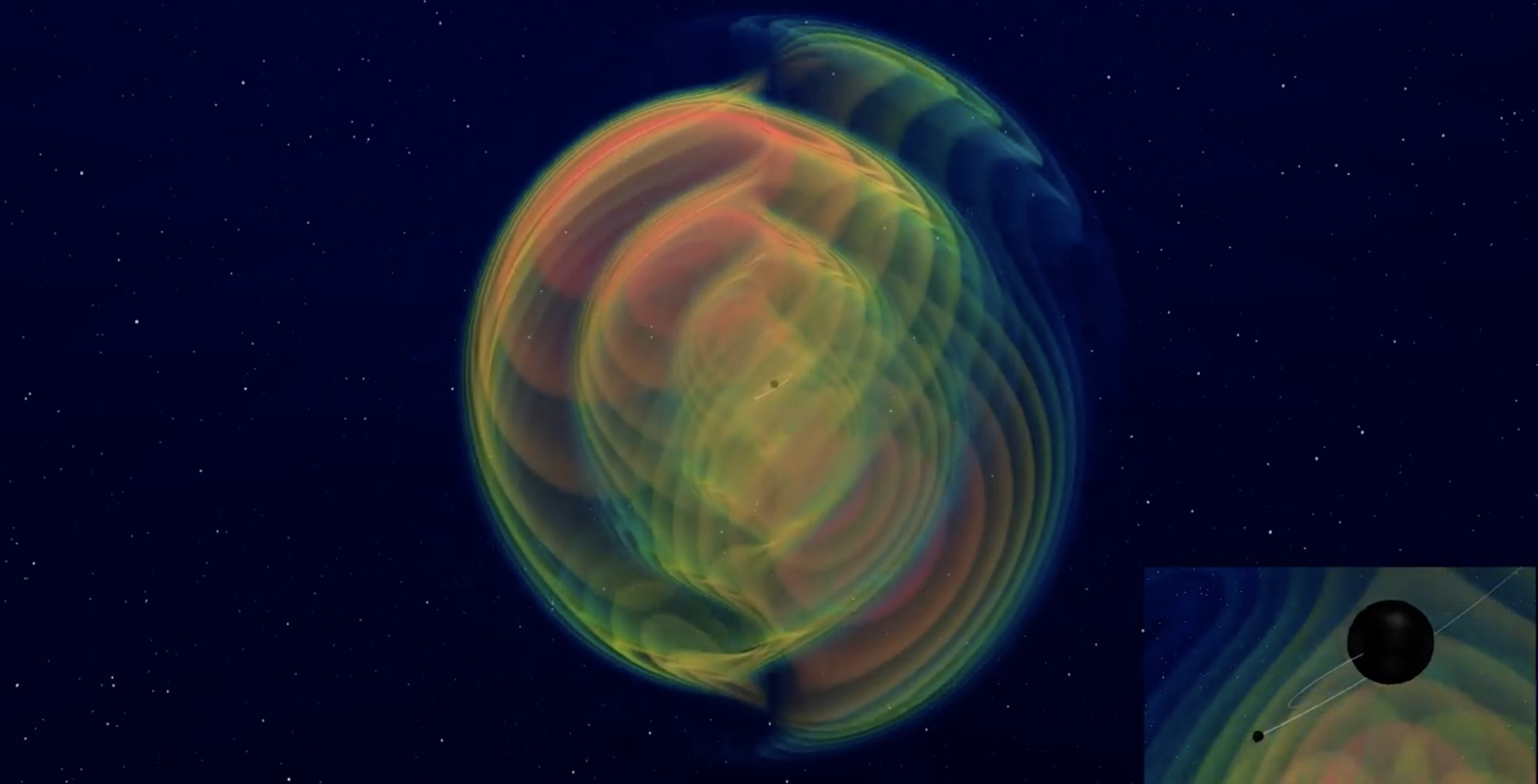 Just over a year ago, on 12 April 2019, the LIGO-Virgo collaboration made a detection of gravitational waves, rippling out across space-time from the epic collision of two black holes from 2.4 billion light-years away. By now, marvelously, this is nothing out of the ordinary in and of itself.

But, as astronomers have now revealed, the actual GW 190412 collision was something we have never seen before. Rather than two roughly equal-mass black holes between 20 and 40 times the mass of the Sun, GW 190412 was produced by a wildly uneven binary.

Based on analysis of those rippling gravitational waves, astronomers have discovered that one of the black holes tipped the scales at around 29.7 solar masses, while the other was over three times smaller – just 8.4 solar masses.

This is also the lowest-mass black hole binary detected to date – which is tremendously exciting, because it means their merger produced a longer signal than any other black hole merger – a wealth of data to probe.

“Neither of these masses is too surprising on their own. We know black holes come in these sizes. What is new is the ratio of the masses,” explained astronomer Christopher Berry of Northwestern University and the LIGO Collaboration in a blog post.

“This observation lets us test our predictions for gravitational wave signals in a new way, and is another piece in the puzzle of understanding how binary black holes form.”

The Collaboration’s findings were presented at the Virtual April Meeting of the American Physical Society.

Continue to the full story on sciencealert.com.