For just the second time ever, astrophysicists have spotted a spectacular flash of ultraviolet (UV) light accompanying a white dwarf explosion. 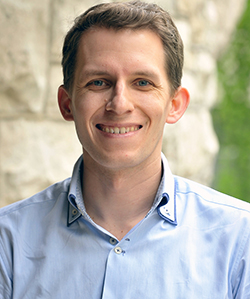 An extremely rare type of supernova, the event is poised to offer insights into several long-standing mysteries, including what causes white dwarfs to explode, how dark energy accelerates the cosmos and how the universe creates heavy metals, such as iron.

“The UV flash is telling us something very specific about how this white dwarf exploded,” said Northwestern University astrophysicist Adam Miller, who led the research. “As time passes, the exploded material moves farther away from the source. As that material thins, we can see deeper and deeper. After a year, the material will be so thin that we will see all the way into the center of the explosion.”

At that point, Miller said, his team will know more about how this white dwarf — and all white dwarfs, which are dense remnants of dead stars — explode.

View the paper on The Astrophysical Journal, “The Spectacular Ultraviolet Flash from the Peculiar Type Ia Supernova 2019yvq” by Miller et al