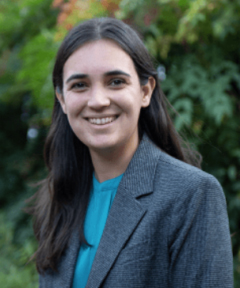 In October 2019, a high-energy neutrino slammed into Antarctica. The neutrino, which was remarkably hard to detect, piqued astronomers’ interest: what could generate such a powerful particle?

Researchers traced the neutrino back to a supermassive black hole that had just ripped apart and swallowed a star. Known as a tidal disruption event (TDE), AT2019dsg occurred just months earlier — in April 2019 — in the same region of the sky where the neutrino had come from. The monstrously violent event must have been the source of the powerful particle, astronomers said.

But new research casts doubt on that claim.

In a study published this month in the Astrophysical Journal, researchers at Northwestern University, including Einstein Fellow Kate Alexander and CIERA Fellow Tarraneh Eftekhari, and the Center for Astrophysics | Harvard & Smithsonian, present extensive new radio observations and data on AT2019dsg, enabling the team to calculate the energy emitted by the event. The findings show AT2019dsg generated nowhere near the energy needed for the neutrino; in fact, what it spewed out was quite “ordinary,” the team concludes.