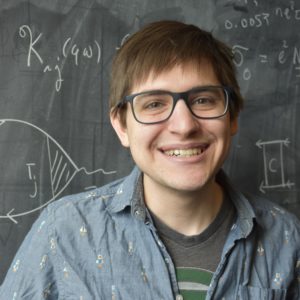 udent Alex Gurvich was recently named a winner of Northwestern’s 2022 Data Visualization contest. Honored for his video simulation of a galaxy growth from three different perspectives, the award also comes with a $200 cash prize.

Gurvich, who studies stellar feedback regulating star formation, said he was inspired to start the project after being confused on how to interpret certain graphs he was working on. “To really build intuition and get a feeling for what is happening you have to use the incredibly powerful pattern matching machine that is your brain’s ability to process visual images. So I made a movie of a galaxy exploding,” he said.

To create the simulation, Gurvich said he wrote specific software to simulate the way that the Hubble Space Telescope views the actual universe. In total, it took approximately eight hours for Gurvich to render the simulation.

He said he hopes scientists watching his movie will appreciate the complexity of the system, while members of the public will “appreciate the mathematical beauty of the universe.”