This artist’s impression shows a kilonova produced by two colliding neutron stars. While studying the aftermath of a long gamma-ray burst (GRB), two independent teams of astronomers using a host of telescopes in space and on Earth, including the Gemini North telescope on Hawai‘i and the Gemini South telescope in Chile, have uncovered the unexpected hallmarks of a kilonova, the colossal explosion triggered by colliding neutron stars. 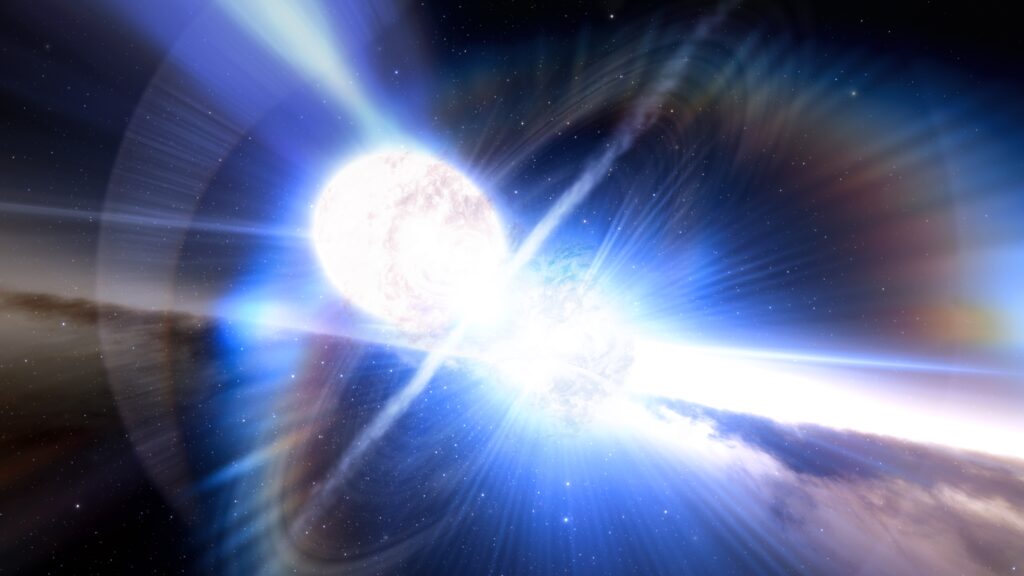