The kilonova and gamma-ray burst is on the right. The blue color represents material squeezed along the poles, while the red colors indicate material ejected by the two inspiralling neutron stars that is now swirling around the merged object. A disk of ejecta emitted after the merger, hidden behind the red and blue ejecta, is shown in purple. A fast jet (shown in yellow) of material punches through the kilonova cloud. The event occurred about 8 kiloparsecs from its host galaxy (left). 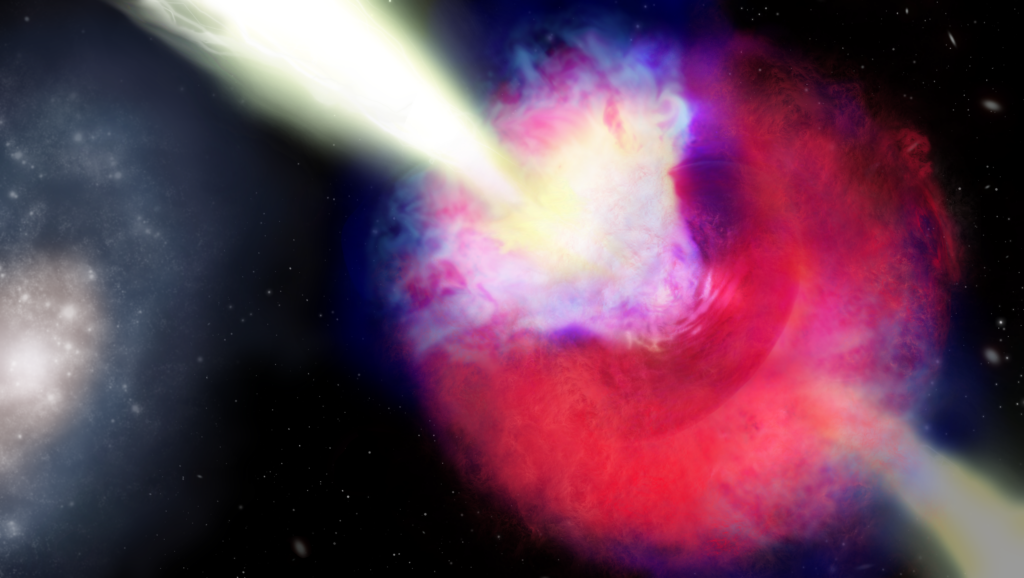