Cliff Johnson (Northwestern University) and colleagues took this image using the Dark Energy Camera on the 4-meter Blanco Telescope at the Cerro Tololo Inter-American Observatory. Nineteen Starlink satellite trails crossed the image during the six-minute exposure. The image was taken as part of the DELVE survey, which is mapping the outskirts of the Magellanic Clouds, as well as much of the southern sky in search of new dwarf galaxies orbiting the Clouds or the Milky Way. 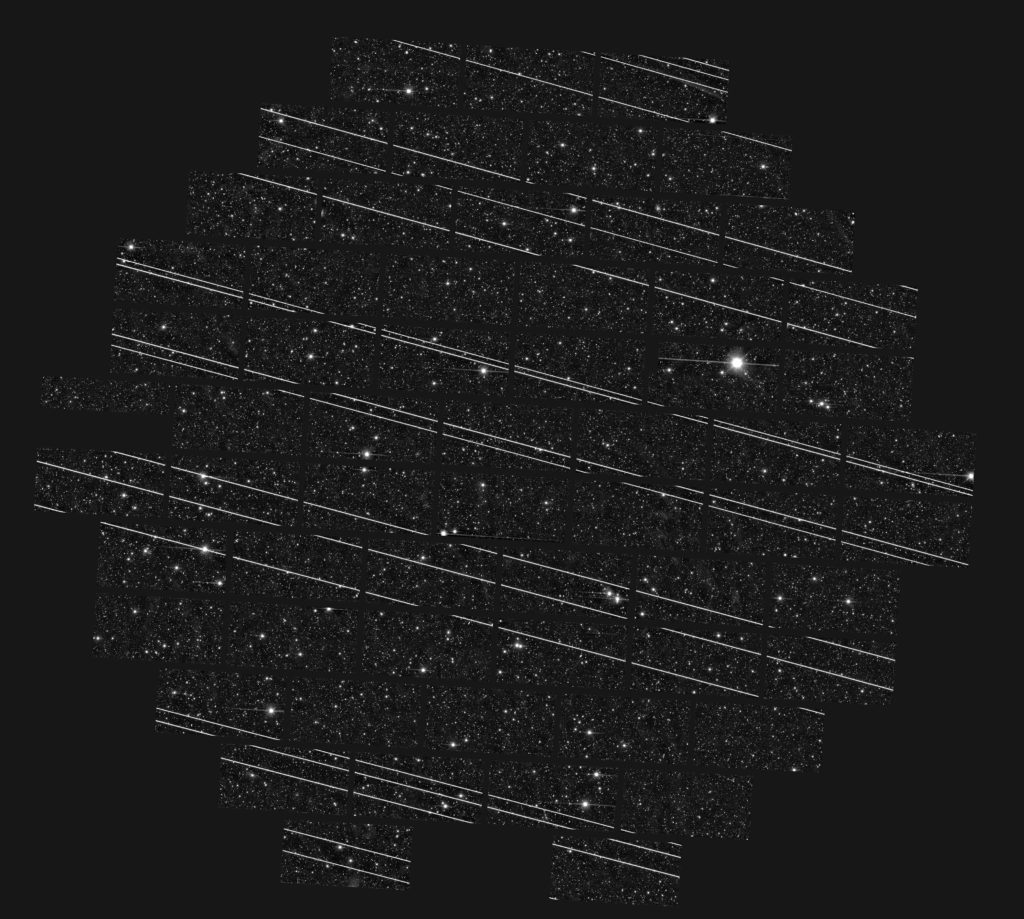