On December 15, 2022, the NASA Universe Twitter account featured graduate student Jillian Rastinejad in a thread that received over 125,000 views. In the post, Jillian discussed her research on gamma-ray bursts emanating from neutron star mergers as well as her inspiration for pursuing a career in astrophysics. 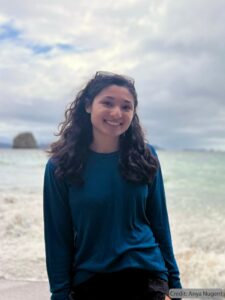 NASA Universe is a project designed to educate the public on the universe and spotlight the people who study it. Jillian is a member of Professor Wen-fai Fong‘s research group.

Learn more about Jillian and the Fong Group’s work: